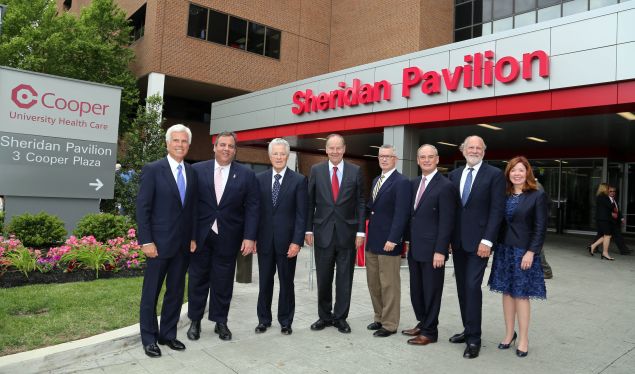 Cooper University Hospital renamed a five-story ambulatory care building in honor of Joyce and John Sheridan, an adviser to several New Jersey governors and politicians who died in a still-unexplained attack from 2014.

John Sheridan had joined Cooper in 2005, recruited by its chairman, George Norcross, an influential Democrat in state politics. The building will now be known as the Sheridan Pavillion.

“John Sheridan left a lasting legacy at Cooper University Health Care and in Camden, a city he worked tirelessly to improve,” Norcross said at a naming ceremony Wednesday.

“Public safety, K-12 public education, graduate education with Rutgers and with Cooper, cutting edge health care, and a sense once again that this city can be a leader not only in our state but in our region — none of that would have been possible if John Sheridan had not left the comfort of Morristown and the law firm he had helped to build and decided to take a chance on this city,” Gov. Chris Christie said. Sheridan had been co-chairman of the law firm Riker Danzig earlier in his career.

The Sheridans were found dead from stab wounds in their Skillman home in 2014. Initially, authorities concluded Sheridan had killed his wife and committed suicide. But the Sheridan family poked a series of holes in the investigation and the state medical examiner last year changed John Sheridan’s cause of death to “undetermined.”

Christie and Norcross were joined at the ceremony by former governors Jim Florio, Tom Kean, Jim McGreevey, Donald DiFrancesco and — in a rare appearance in New Jersey — Jon Corzine. 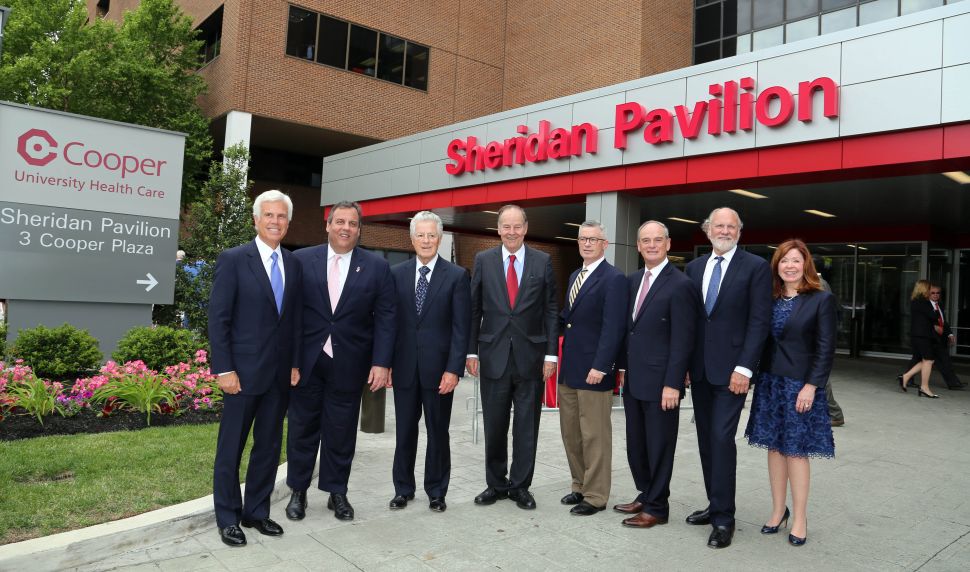