There is a storm brewing 99-1,200 miles above us in an area known as Lower Earth Orbit. LEO is home to a new segment of the space sector made up of radically smaller and less expensive satellites that are reenergizing the $200 billion global satellite sector. These satellites are transforming our view of the planet.

Most telecommunication satellites providing radio and television cost hundreds of millions of dollars and typically orbit at an altitude range of 1,200 miles (1,243 kilometers) to 22,236 miles (35,786 kilometers) above Earth. In contrast, SmallSats typically operate much closer to Earth and could be disruptive to the satellite industry.

Satellites Benefit Us All

Satellites provide immense economic and social value to humanity with uses ranging from navigation to weather forecasting to disaster relief. However, there is much more we can do with satellites. Examples include increasing agricultural productivity, providing Internet access to billions of people, better managing Earth’s finite natural resources, and tracking human migration.

Instead of focusing on space solely as a place, let’s add to our definition of space that it is an area of infinite possibility, which I must acknowledge my former colleague Amaresh Kollipara for instilling in me.

Space is the high-ground that allows us to generate new insights about our world, solar system and beyond. Leveraging space enables us to gain new perspectives and a deeper understanding of our changing world. Satellites, which are typically unmanned spacecrafts orbiting Earth, have become indispensable tools.

Life without satellites would pave way for challenges potentially crippling to life as we know it.

Make Mine a MiniSat

The miniaturization of electronics made cheaper, smaller satellites possible. These SmallSats can range from $10,000 to $9 million. Launch prices are not included.

The larger traditional satellites that provide navigation, weather, and navigation services typically cost hundreds of millions of dollars per satellite. Examples include National Oceanic Atmospheric Administration (NOAA) and Iridium. Their respective satellites are designed and built for high performance and high reliability.

Satellite in the Palm of Your Hands

One class of the SmallSat is the CubeSat, which was a “reference design” developed professors Bob Twiggs and Jordi Puig-Suari. The CubeSat design was initially intended to be used as a teaching tool for university students. These CubeSats could fit in the palm of your hand (10×10×11.35 cm.)

CubeSats were originally not intended to be flown in space, but in 2003 one was launched successfully to space. These early CubSats didn’t have nearly the same capabilities as large telecommunication and weather satellites; they had no propulsion and limited power. CubeSats had potential though.

Projects such as PhoneSat and other experiments with SmallSats contributed to the notion that this breed of smaller, less expensive satellites could be viable for commercial and scientific missions.

These SmallSats were designed and built to have a shorter operational life than their conventional siblings and would typically burn up in the atmosphere in part due to their relatively low orbit and lack of propulsion.

SmallSats could be replaced more frequently by newer versions. SmallSat developers are investing in an evolving platform as newer technologies become available. It’s not unheard of in this sector for new iterations to appear in weeks rather than years.

Looking Back at Earth

If we put telescopes on these SmallSats and focus them on Earth, we can conduct Earth observation missions. They would allow us to monitor deforestation, construction projects, ship detection, forest fires, human migration and more.

We can gain new insights and understanding about Earth and our relationship with it by leveraging instruments on these SmallSats. They enable us to measure transformation and recognize emerging patterns.

If we include sensors such as hyper and multi spectral sensors that allow us to see beyond visible light spectrum, we can use SmallSats for surface mapping, snow and ice detection, night cloud mapping, and to measure sea surface temperatures.

Specifically for the agriculture sector, these sensors can also allow for pest detection, yield prediction, nitrogen detection and other useful data to optimize farming.

Aerial platforms have their place in the industry and are complimentary to satellites. However, these airborne systems simply don’t have the scale that satellites do. Aircrafts can have high revisit rates and operate under cloud layers. Satellites with radar capabilities can see through clouds. We’re now seeing convergence of different technologies that will make it difficult to distinguish which method is better. However, presently, they compliment each other.

Weather services are traditionally provided by governments for free as a form of soft-diplomacy. However, new commercial entrants are entering the market to both augment and extend weather forecasting abilities.

Startups such as Planetiq, Spire Global and GeoOptics are in varying levels of development and operations. Only time will tell if they will be able to successfully compliment existing government weather assets in a sustainable way.

Applications and other geospatial developers are recognizing that customers and users of this data don’t really care where data is sourced from but are more interested in the intelligence and analytics that can be derived from it. An entire subset of the satellite industry is emerging that is using machine learning, artificial intelligence, and other analytics to generate deeper insights.

Whether you are an urban planner, energy developer, forest conservation professional, or investment professional, you can benefit from access to satellite’s rich data.

Satellite derived data is not inexpensive given the high capital expenditure to develop and launch a satellite. However, with more SmallSats emerging, it is reasonable to estimate that there will be downward pressure on the pricing of satellite data. For those who have little to no budget for data, there are even sources of free imagery and geospatial data.

Three companies—OneWeb, SpaceX, and O3B Networks—intend to deliver Internet to the world through a constellation of lower earth orbiting satellites. The target market are the billions of people who don’t have access to the Internet. The adage “time will tell” holds true on how effective the above mentioned organizations will be at delivering satellite enabled Internet services.

Internet of Everything (IoE)

There’s also the growing Internet of Things (IoT) and Machine to Machine (M2M) movements where satellites are being used to help communicate with and track physical devices on Earth. One prime is example is Orb Comm, which was founded in 1993 and “provides hardware devices, modems, web applications and data services delivered over multiple satellite and cellular networks.” Space enabled IoT startups are emerging, such as Australia based Fleet, which intends to develop a constellation of SmallSats to help connect devices around the globe.

For years, it was touted that pharmaceutical and other science breakthroughs could be made in the microgravity environment. Related experiments and tests on the International Space Station (ISS) have significant limits and challenges. A major factor is access to crew time on ISS. These and other factors are causing scientists and organizations to look for new ways to test their experiments in space given the existing constraints on ISS.

It’s still too expensive for most of the SmallSat developers to use dedicated rockets to space. Instead, they tend to use logistics providers such as NanoRacks and SpaceFlight. These groups identify launch options where SmallSats can hitch a ride as a secondary payload.

As more people and organizations become aware of benefits of space data, leveraging space will grow in parallel. We’ll then see an emerging trend in space derived or enabled applications that humanity will ultimately end up being the beneficiaries of.

Although many of the startups leveraging SmallSat technology are still in development, I’m cautiously optimistic that the SmallSat revolution will positively impact society. For the time being, SmallSats will continue to play a complimentary role for their larger, more expensive sibling. With the increasing availability of data and imagery derived from these SmallSats, new opportunities are emerging to create applications that might improve quality of life here on Earth.

Robert Jacobson is an expert on the emerging entrepreneurial space industry who has spoken at XPRIZE, US Air Force Futures Forum, and numerous space industry conferences. A 2016 graduate of International Space University’s Space Studies Program, Robert is writing a book on ways to grow the space sector to a trillion dollar global industry. Jacobson is co-founder of Aerospace & Defense Forum, a global aerospace community and SpatialTrust that develops robust systems for better land governance. Music plays an important part of Robert’s life through performance and composition. 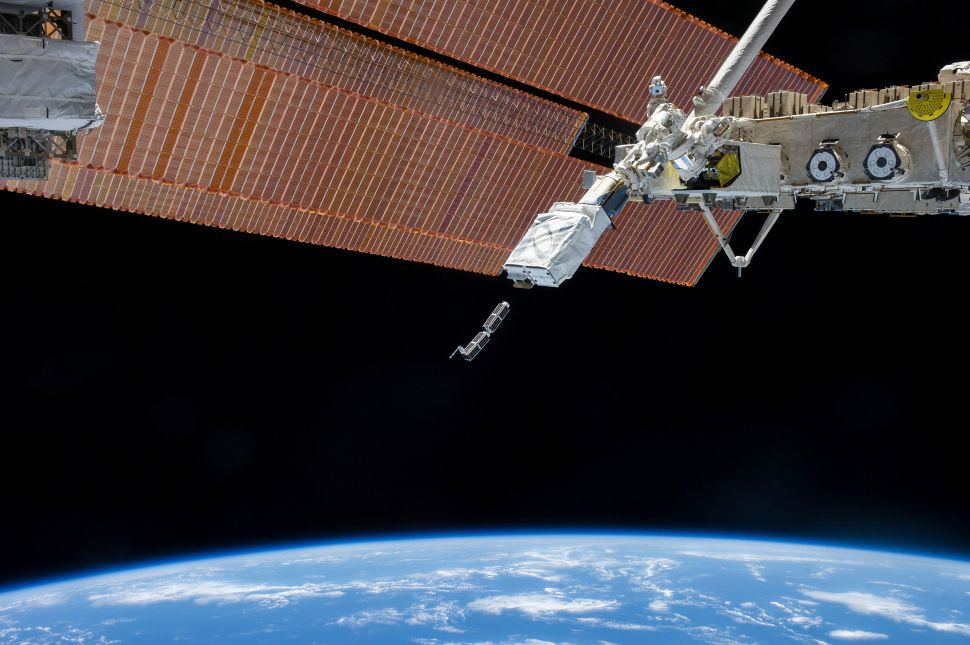