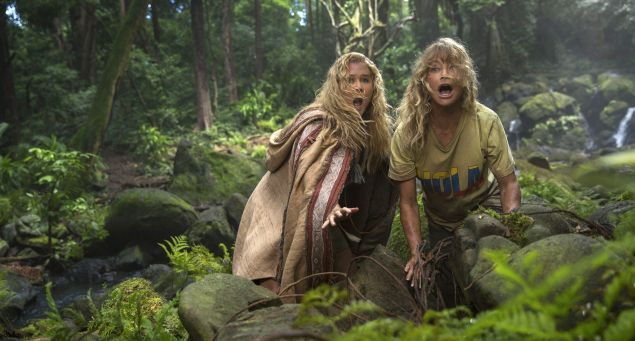 Goldie Hawn makes a comeback. This is the good news. Sadly, for anyone with the same affection for her that I have, a mess called Snatched is the wrong movie to do it in. That’s the bad news. Worse still, times being what they are, for her first movie in 15 years she is forced to co-star with potty-mouthed Amy Schumer, whose trashy popularity remains, for me, a total mystery. Together, as a grotesque mother-daughter team kidnapped in Ecuador, they’re the most depressing Mother’s Day present since Mommie Dearest, only not half as funny.

Struggling to make some kind of genuinely comedic contribution to what adds up to little more than a pile of pointless vulgarity, Goldie is short for Golden Oldie. Despite so much cosmetic excavation that she sometimes looks like the aftermath of an avalanche, she still knows what to do with a double entendre. When the official Ecuadorian hotel greeter offers her a cocktail, he says “Welcome” and she thinks he says “Whale cum” and spits it all over Schumer’s humongous heaving bosom. This is the level of the keyboard jokes, hammered out of a computer by writer Katie Dippold, so don’t take your mother expecting anything close to real wit. Goldie hasn’t appeared on the screen for so long that I almost forgot how wonderful she can be. The night before I saw this dog I was lucky enough to revisit Spielberg’s early triumph, Sugarland Express, and the magic returned. Then I saw Snatched. Don’t bother to do the same. Just wait for its guaranteed R-rated hit status on cable, where it is destined to play endlessly in 4 a.m. reruns.

When a beached porpoise named Emily (Schumer) gets fired from her mall job and dumped by her rock-band boyfriend on the same day, she stands to lose her vacation tickets to South America unless she can persuade her nagging mother Linda (Hawn) to go with her. Emily is a slutty slob who tries to pick up every man she meets and Linda is a moralistic near-recluse so uptight and afraid of potential rape and violence that she’s terrified of open windows after dark. The first question in a preposterous screenplay overstuffed with narrative contrivances is why this mismatched pair would ever share a vacation together in the first place, but the tickets are nonrefundable, see…

Almost immediately upon arrival in Ecuador, played by Hawaii, the two women are seized by thugs and dragged into the jungle where they commit two brutal murders with a shovel to the head and a spear in the throat, and end up in a canoe paddled by an incompetent Jungle Jim knockoff, played by an unrecognizable Christopher Meloni, still trying to keep his career moving after unwisely dumping fame and fortune on the Law and Order: SVU series. The laughs are few, far-between, and always strained. Trying to get to the U.S. Embassy in Bogota with their only map a placemat from a tourist restaurant, they make lame jokes about vaginas, penises, and farting, while Linda’s nerdy son (Ike Barinholtz) ineptly tries to rescue them. The action is interrupted at strange intervals by another pair of lady tourists, played by Joan Cusack and Wanda Sykes, one of whom was once a secret agent who cut out her tongue to keep from revealing government secrets in verbal interrogation. “Why couldn’t she just write them down?” is one of the deadlier questions of logic you will probably be asking yourself. Everyone is wasted mercilessly by the ineffectual direction of Jonathan Levine—especially Goldie Hawn, whose crooked grin is still as much a sign of cinematic comic reassurance as a wink emoji on Facebook. 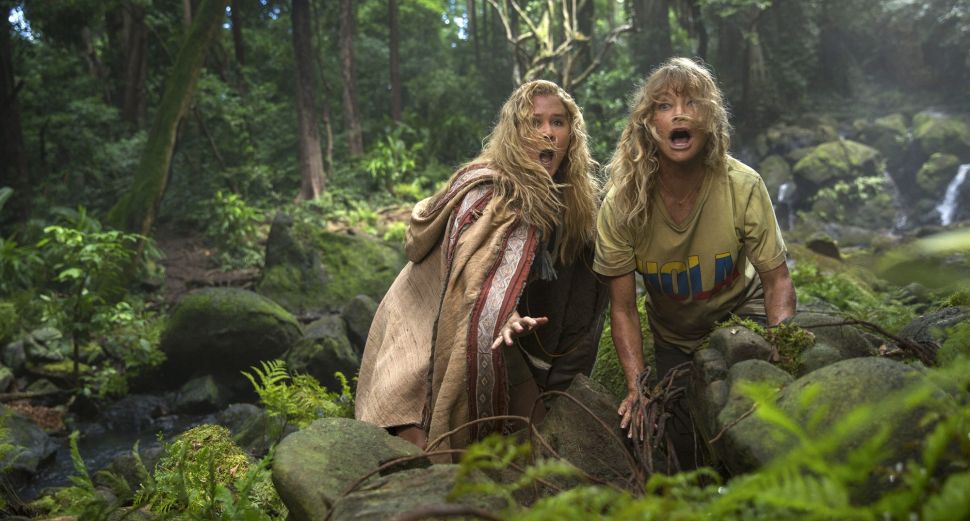