Listen, I get it, change is terrifying. Part of winning the grand, cosmic lottery known as “being alive” is accepting the fact that every second of every day brings us one step closer to sweet, inevitable oblivion. We do out best to ignore it, yes, this specter hanging over our heads, but little things do occasionally remind us of our own fleeting mortality; a creak in the knee, a cough that goes on too long. Which is why change is so scary—developing technology, advances in science and medicine and art, people that don’t look exactly like us 😱  suddenly appearing on billboards and movie screens—because it’s a reminder that our feet are not so firmly planted to the ground, that life rushes ever on underneath us every moment. For many, the reaction is to dig in, to cling to the familiar and, though it’s always in vain, try to drag themselves backward by their fingernails, backward to a time when things made sense and it wasn’t so hard to walk up the stairs. It’s how we get some asshole who started a business on a $34,000 loan telling millennials to buy fewer avocados, or how some asshole who started a business on a $1 million loan became the President of the United States, on the basis of making “America Great Again” and literally nothing else.

On a completed unrelated note: Some people are mad that Netflix is showing movies at the Cannes Film Festival.

The issue began when Spanish director Pedo Almodóvar, an auteur in his own right and this year’s Cannes jury chairman, read a statement during an opening press conference. “I personally do not conceive,” he said, “not only the Palme d’Or but any other prize being given to a film and then not being able to see this film on a large screen.”

Many took this as a shot at Okja, from visionary director/writer Bong Joon-ho (Snowpiercer, The Host), which is being distributed by streaming giant Netflix. Speculation turned to reports of audience members booing the Netflix logo (they also booed some technical difficulties, which is allowed!), mingled with reactions across social media much like this one:

The very cinematic chase scene in OKJA, on a laptop? On a fucking iPhone? Ugh, just no #Cannes2017

If you do not enjoy the film Okja that is more than okay. Taste is subjective, and that’s a beautiful thing. But the “it’s not a movie unless it plays on a very large screen” argument willfully ignores a few points:

1) Netflix exists on platforms other than laptops and iPhones, like, for example, very large screens. To some movie lovers, the privacy of their very large screen is preferable to a theater‘s very large screen, which occasionally comes with an errant screen-glow or the sound of a Twizzler bag. (If you dig the movie theater and all the ambiance that comes with it, that’s okay, too!)

2) Netflix gives films a chance that would otherwise flounder a chance to thrive in front of millions. I don’t buy the argument that “Netflix is bad for movies because the movies are hard to find” because it often comes from critics, who are paid to watch smaller films—like the incredible I Don’t Feel At Home in This World Anymore or the odd-ball Small Crimes—that, without Netflix, might get a limited theatrical release and then…what? We don’t even have Blockbusters for them to collect dust in anymore.

3) Netflix lets storytellers tell their stories, without eyes on a 15-movie shared universe. “I loved working with Netflix, they gave me total freedom, in terms of the casting, shooting and editing. They put no pressure on me,” Bong Joon-ho told The Hollywood Reporter.

4) Movies, maybe more than any other medium, offers the sweetest two-hour distraction from a real world that is already filled with every type of judgment imaginable—skin color, religion, sexual orientation, weight, height etc—that to then turn around and judge the way someone wants to watch a fucking delightful movie about a little girl and her mutant pig best friend kind of makes it seem like you have an underlying issue that needs addressing. 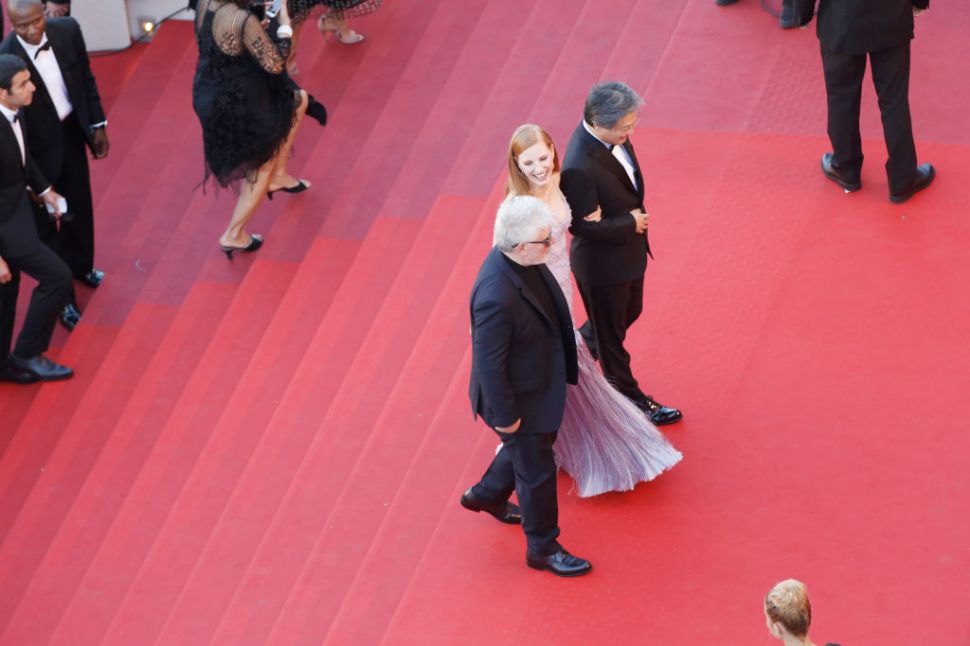