SpaceX is preparing to re-fly its Dragon cargo spacecraft for the first time next Thursday on a mission to the International Space Station for NASA. Just two weeks later, the Elon Musk-led spaceflight company will attempt to launch its second “flight-proven” Falcon 9 rocket to deliver a customer’s satellite to orbit.

While the missions are relatively routine, if they are successful, they will further prove SpaceX’s reusable hardware and show that the company can launch customer payloads every 2-3 weeks.

On March 30th, SpaceX made history by re-flying (and re-landing) an orbital class rocket for the first time. The event was widely celebrated throughout the aerospace industry. Many agree that the breakthrough in reusability could have a substantial impact on the future of space exploration. The crucial question: Can they do it again? And again? Consistency is the key.

Success means not having to build a brand new rocket for every mission. It means tens of millions of dollars in savings—and overcoming a significant hurdle holding back regular space travel. It’s going to be a while until SpaceX breaks even on the billion dollars spent developing the “flight-proven” technology.“We’ll figure out some way to pay off the development costs of reusability,” said CEO Elon Musk during a press conference after the first reflight. “The price discount won’t be as much as the cost savings because we need to repay the massive development cost.”

The company’s next goal is to narrow the launch to re-launch window of a reusable Falcon 9 rocket down to 24 hours. CEO Elon Musk says full reusability will dramatically reduce the costs of spaceflight and enable SpaceX to begin transporting humans to the Mars. The billionaire unveiled SpaceX’s master plan last year for making humans “multi-planetary” by first settling on the red planet. The Interplanetary Transport System, as Musk calls it, uses a massive passenger spaceship and rocket booster that is completely (and rapidly) reusable. This keeps the cost-per-seat low enough to get a significant amount of people to our neighboring planet.

A human Mars mission is still well over a decade away. At this moment, SpaceX has had no experience with human spaceflight of any kind but hopes to change that within a year. If next week’s cargo run to the ISS on a reused Dragon spacecraft goes smoothly, it will enable SpaceX to focus less on manufacturing new cargo-only Dragon and shift to further developing and building its successor: the Dragon V2 or Crew Dragon.

The Dragon V2 will carry astronauts to the space station for NASA under a lucrative commercial crew contract. Soon after, it will take a two very wealthy tourists around the Moon. “The spacecraft will be capable of carrying crew members, landing propulsively almost anywhere on Earth, and refueling and flying again for rapid reusability, says SpaceX. “As a modern, 21st century manned spacecraft, Dragon v2 will revolutionize access to space.” The vehicle is fully autonomous but can be piloted by crew members or remotely from SpaceX headquarters in Hawthorne, California.

SpaceX’s Dragon was the first commercially-owned vehicle to ever dock at the space station during a flight test 5 years ago. If SpaceX can stick to its ambitious timeline, the vehicle’s crew variant could also make history by returning human spaceflight to American soil and returning humans to lunar orbit for the first time since 1972. SpaceX is targeting 2018 for Crew Dragon missions. SpaceX will develop another variant of the Dragon dubbed “Red Dragon” for uncrewed flights to Mars that will help build a foundation for future human missions.

SpaceX’s 11th Cargo Resupply Service Mission for NASA (and first using a recovered Dragon) is scheduled for liftoff from NASA’s Kennedy Space Center on June 1st at 5:55 PM ET atop a brand new Falcon 9 rocket. After the Dragon is delivered to low-Earth orbit so it can begin navigating to the space station, the booster will fly back to Earth for a ground landing at Cape Canaveral Landing Zone 1.

Just a couple of weeks later, SpaceX’s Launch Complex 39A–famous for the launch of Apollo 11–will see the second liftoff of a flight-proven orbital rocket. The mission, like the first re-flight, is routine. A Falcon 9 booster that was recovered on a drone ship off the coast of California in January will be used to launch the BulgariaSat-1 communications satellite. Liftoff from Kennedy Space Center is scheduled for June 15th according to SpaceX’s customer, but it will likely be shifted to accommodate a test firing, poor weather, or any technical issues.

“Elon Musk and his SpaceX team have convinced me that people like them bring us closer to a new quality of life through providing access to cutting-edge technology,” said BulgariaSat & BulsatCom Chief Executive Maxim Zayakov. “This is a chance for Bulgaria to join the efforts to develop these new aspects of space industry.” Zayakov believes SpaceX’s flight-proven rockets can make it affordable for smaller nations and companies to launch payloads to space. 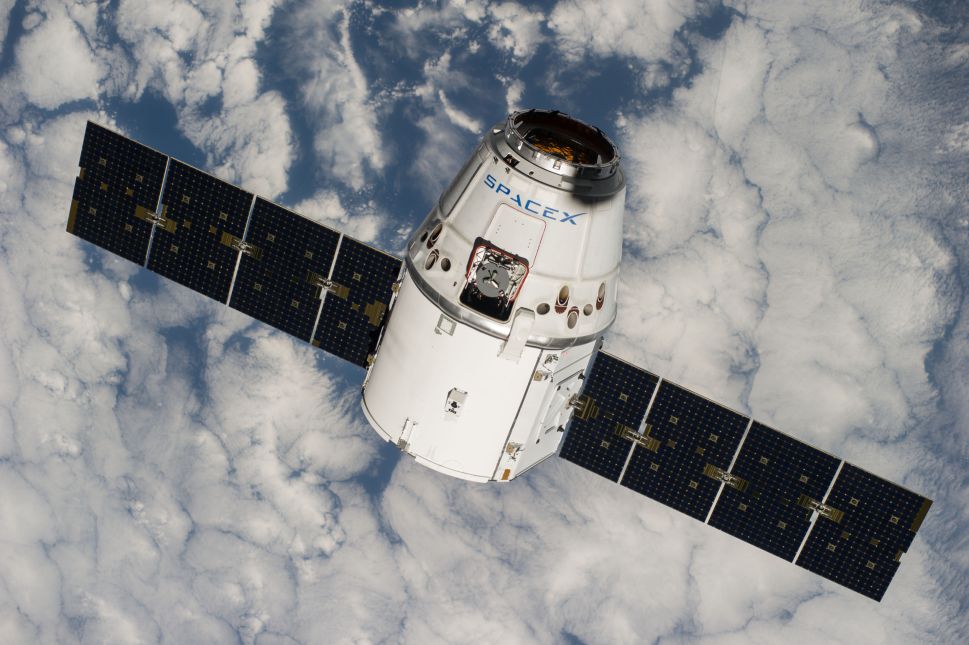