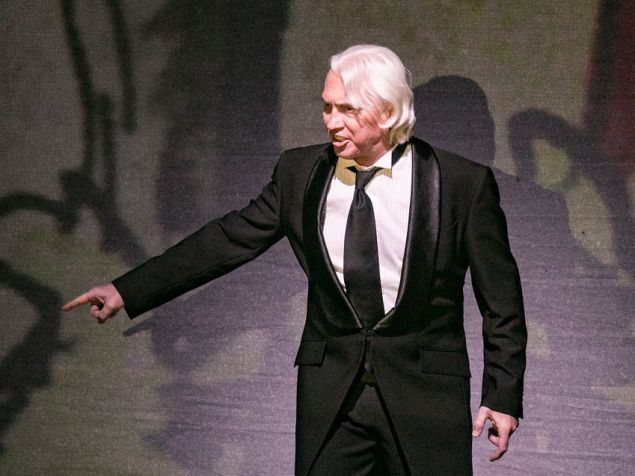 If you’re heard one opera gala, you’ve heard them all. And there were times last night during the marathon concert saluting the Metropolitan Opera’s 50th anniversary at Lincoln Center that you felt you were in fact hearing every opera gala ever: one right after the other.

In between the overly familiar—and handsomely performed—century-old Italian and French arias, though, one could discern a philosophical theme to the five-hour program: what the Met was in 1966 when it moved to that then-alien territory called the Upper West Side, what it is now and what it may be in days to come.

Setting the tone was the Overture to the film West Side Story, which was in part filmed among the tenements that were razed in the early 1960s to provide a space for the new arts complex. Conductor Yannick Nézet-Séguin, the company’s incoming music director, led a vivid account of the piece as a filmed animation made the proud if perhaps hyperbolic assertion that the advent of Lincoln Center revitalized the entire island of Manhattan.

A tribute to the theater’s opening night featured a charming filmed interview with that event’s prima donna, Leontyne Price, who recalled singing Samuel Barber’s Antony and Cleopatra, commissioned for the occasion. The 90-year-old legend even sang a few measures from the score in a soprano seemingly undimmed by the intervening half century.

A brief selection from that opera, sung by the Met chorus, seemed to confirm the consensus of the critics in 1966 that Barber’s score was not up to much. Then the solos began with Placido Domingo, who has been with the company since its third season at Lincoln Center, displaying firm tone in a baritone selection from Andrea Chenier.

For this and further numbers, some of the favorite productions of the “New Met” were evoked with projections, costumes and a few set pieces devised by Julian Crouch and 59 Productions. Imagery by Jean-Pierre Ponnelle, Nathaniel Merrill, Franco Zeffirelli and many others whisked by. (Crouch’s impressionistic précis of Zeffirelli’s iconic garret setting from the first act of La Bohème, I thought, was even more poetic than the original.)

Pointing to the future was the programming of excerpts of future Met roles by some of the company’s rising stars, notably a spectacular roster of tenors. Vittorio Grigolo and Javier Camarena won some of the evening’s loudest ovations in arias from Tosca and La Fille du Régiment, respectively, and Michael Fabiano’s soaring phrases in a trio from Verdi’s I Lombardi reminded one just how nakedly visceral opera can be at its best.

The emotional high point of the program, though, was a surprise appearance by baritone Dmitri Hvorostovsky in a searing performance of an aria from Rigoletto. The baritone, who has been battling a brain tumor, beamed with joy as the audience rose in a unanimous standing ovation.

The Met’s current superstars fared better. Mezzo Joyce DiDonato contrasted slow smolder and brittle flash in arias from Werther and Semiramide and Anna Netrebko paraded sinfully rich soprano tone in selections from Macbeth and Madama Butterfly. (This last aria was the only part of the program where the design decisions seemed to go awry: Netrebko’s extravagant styling as Cio-Cio-San bordered on yellowface.)

This piece and a handful of others toward the end of the program were conducted by the company’s outgoing music director James Levine, who was introduced with an overlong sequence of filmed interviews and the now obligatory standing ovation. He presided over the evening’s most bizarre sequence, which featured Renée Fleming first singing a perfectly exquisite “Porgi amor” (honestly, she sounded better last night than she did 20 years ago), then teaming with Domingo for a flaccid duet from Thaïs that got no applause until the stars nervously skulked offstage.

As you have surely guessed by now, the final number in the gala was the Triumphal Scene from Aïda with glitter cannons firing on the final note. What better way to sum up the hodgepodge of high art and camp that is the Met?

On the other hand, the Met does have an identity, which is more than can be said for the current iteration of New York City Opera. The troupe’s latest effort, an obscure 18th century trifle called Los Elementos flitted into town last weekend for a few nights at a tiny venue way up on 135th Street.

The music by Antonio de Literes sounded like freeze-dried Vivaldi and the production looked like a runway challenge after which RuPaul would tell the entire cast to sashay away. The only exceptions to the general sense of stumbling into a church basement circa 1978 were Georgi Eberhard’s delightfully fanciful wig designs and a stunning performance of the allegorical role of El Fuego by mezzo Kelsey Robertson. Her singing was all easy grace and her drop-dead side eye sufficient to leave Maleficent cowering in fear. 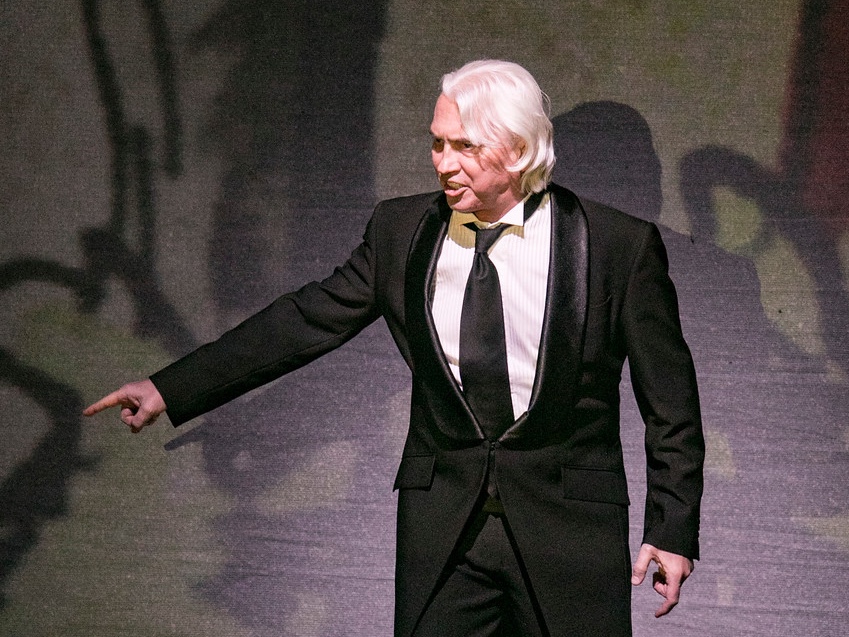