KIC 8462852, a star 1,300 light years away from Earth, incited theories that irregular dimming, by as high as 22 percent, could be caused by an alien megastructure being used to harbor the energy of the star. The dimming was first observed by the Kepler Spacecraft between 2011 and 2013. The Kepler telescope looks for slight dimming of planets as it travels between its home star and Earth, but even with a planet as large as Jupiter, the observed dimming would be less than one percent. Dimming caused by orbiting planets would also be observable in patterns, but none have yet to be deciphered in the case of KIC8462652, also known as Boyajian’s star, named after Yale University Professor Tabetha Boyajian, who discovered this anomaly.

Science Magazine reported on May 22 that the star is now dimming again based on data from several different telescopes studying the star. It is the first dip observed since 2013, and the first one observed as it’s occurring. In late May, the star was observed at three percent below its normal brightness and returning to normal. Scientists hope to gather enough telescopes and researchers to figure out the cause.

The latest dimming was first observed in April 2017 at the Tennessee State University’s Fairborn Observatory in southern Arizona. In the Kepler data where the dip was first discovered, an episode of multiple dips in the span of several weeks was observed. The progress of this recent dimming suggests the same object is repeatedly passing in front of the star to cause the observed dimming.

The star’s discoverer, Professor Tabetha Boyajian, noted in a livestream interview that over $100,000 was raised through a Kickstarter project to monitor this star nightly for any changes to figure out what exactly is happening. “The dips are periodic in a way. I don’t think it strengthens the proof—specifically of any kind of artificial construction—rather it strengthens the proof there is something orbiting around the star instead of something between us and the star that just happens to be passing between us,” she said. “I’m keeping an open mind on how we can interpret this event. I’m keeping my fingers crossed also in a week or month or so we’ll catch something really, really big. It’s something that came up in the very beginning that this could possibly never happen again; it’s just Kepler that observed it and it’s done. The fact that it has reoccurred is remarkable and it’s really exciting.”

So far, none of the explanations offered have been confirmed or denied, including the alien megastructure theory. Other theories that have been offered are planets still forming around the star or the star is surrounded by clouds of dust or comets. In a 2015 interview, renowned theoretical physicist Dr. Michio Kaku told the Observer, “The energy necessary to drop starlight by 22 percent would qualify this as a type 2 civilization—that is, they can play with stars; however, it’s a guess as we simply don’t know if it’s truly a signature of an extraterrestrial civilization or if it’s a wild goose chase. We don’t know.” 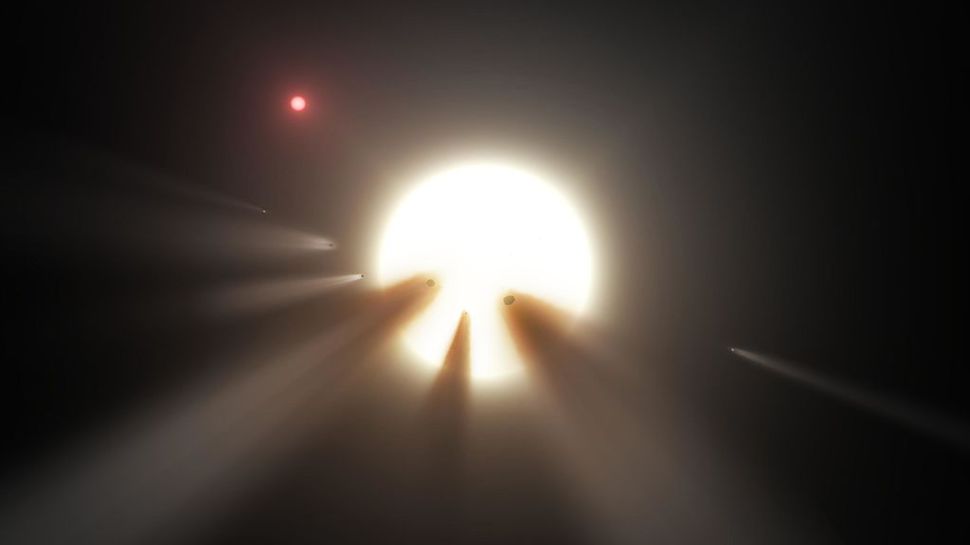