This weekend President Donald Trump traveled to the Middle East as part of his first overseas trip as commander in chief. Not surprisingly, he brought many members of his staff with him.

Among them was White House Chief Strategist (and former executive chair of Breitbart News) Steve Bannon, who was also one of the main proponents of Trump’s immigration ban on majority Muslim countries. As such, you might expect Bannon to be a little uncomfortable in Saudi Arabia.

And you would be right.

Several videos and photos emerged this weekend of Bannon awkwardly shaking hands with or sitting next to Muslim dignitaries. And not surprisingly, they all quickly became memes:

steve bannon looks so uncomfortable here and it rules pic.twitter.com/GlPQJPUTts

Steve Bannon is me at family gatherings. pic.twitter.com/DomLdN0P3S

Steve Bannon looks like Michael Jackson when he's being surrounded by the zombies in the Thriller video. pic.twitter.com/TzY3WYILpq

I just remembered who Steve Bannon reminds me of. pic.twitter.com/tV7VUq09Xv

Why does Steve Bannon always look like he's about to cry? pic.twitter.com/8eoNTqfxos

*Steve Bannon trying to hold his breath so he doesn't get infected with Sharia* pic.twitter.com/tu6h4kIgT1

That moment you realize you're surrounded by people that you've claimed for years want to kill you pic.twitter.com/7Cvo1yHu5t

Bannon’s boss became a meme on his own after he touched a glowing white orb. 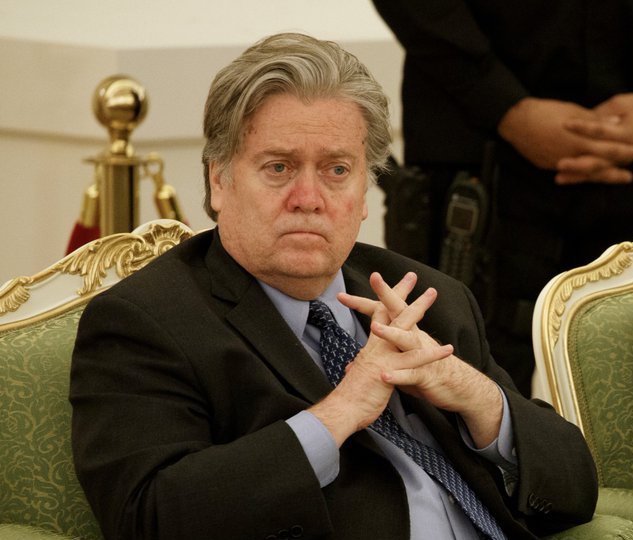