Almost every business executive and most consumers are aware that once a statute of limitations has passed on a debt obligation, the creditor cannot prevail in pursuit of the collection of the obligation in a court of law. However, based upon the U.S. Supreme Court decision that was published on May 15, 2017, that may no longer be the case in a bankruptcy proceeding.

Following the most recent recession, uncollectible or perceptively uncollectible consumer debts grew by an exponential amount, and the creditors, in an effort to reap some return, packaged these obligations and sold them at a substantial discount (sometimes less than $.10 on the dollar) to debt collectors who would then “mine” the unpaid obligations to collect as much as possible.

The practice of pursuing delinquent debts where the creditor knew or should have known that the claim is barred by the statute of limitations has generated regulatory scrutiny on both the federal and the state level. State and federal courts have held that when a creditor pursues a claim in court where it is clear that the collection of the debt is time barred is a violation of the Federal Fair Debt Collection Practices Act (the FDCPA). The rationale of these rulings is that unsuspecting obligors on the debts should not be taken advantage of because of their lack of knowledge of the law or lack of sophistication to recognize that the claim could be defeated based on the passage of the statute of limitations. Additionally, the Consumer Financial Protection Bureau (CFPB) has taken steps to seek sanctions and penalties against debt collectors that regularly and indiscriminately pursue claims by way of court proceedings where the creditors knew or should have known that the statute of limitations has passed.

The question that came before the back in the case of Midland Funding LLC v. Johnson revolved around whether or not a debt collector who files a proof of claim in a bankruptcy proceeding that is barred by the statute of limitations has engaged in false, deceptive, misleading, unconscionable or unfair acts that would violate the FDCPA. Previously, Circuit Courts of Appeal around the U.S. had entered conflicting rulings on the issue, which is why the U.S. Supreme Court accepted the case for resolution.

When an individual or business seeks bankruptcy protection, creditors are, in most instances, required to file proofs of claim in the bankruptcy proceeding to share in any distribution from the liquidation of assets or a reorganization plan. Since the filing of a proof of claim is seeking relief from a court, and since the burden then shifts to the debtor to review the proofs of claim, and, if applicable, object to a proof of claim if it is time barred because of the passage of the statute of limitations, many debtors and debtors’ attorneys do not have the time or financial wherewithal to examine the proofs of claim, and the applicable defense is not raised.

In a 5 to 3 decision, Justice Breyer, writing for the majority of the Court, first considered whether the filing of a time-barred proof of claim was false, deceptive or misleading. Justice Breyer found that the majority of the federal appellate courts found that the filing of stale claims was neither false, deceptive or misleading, as most states provided that ”a creditor has a right to payment of the debt even after the limitations period has expired.” Although the federal appellate courts have uniformly found a violation of the FDCPA when debt collectors sue in civil non-bankruptcy courts to collect time-barred claims, under the broad definition of “claims” under the Bankruptcy Code, this still requires a debtor to raise an affirmative defense in a bankruptcy proceeding in order to defeat a time-barred proof of claim.

Justice Bryer also found, in what he felt was a much closer question, that the filing of a time-barred bankruptcy proof of claim is not unfair or unconscionable. The opinion stated that “the context of a civil suit differs significantly from” a bankruptcy proof of claim, where, especially in a Chapter 13 bankruptcy proceeding, there is a knowledgeable trustee able to determine any affirmative defenses that should be raised to the proof of claim. Justice Bryer also said that the Bankruptcy Code and the FDCPA have “different purposes and structural features.” He said that the FDCPA “seeks to help consumers,” but not necessarily by “closing a loophole in the Bankruptcy Code.”

As a result of this decision, debt collectors and original creditors can now seek to enforce time-barred claims in bankruptcy proceedings without any fear of sanctions or penalties—even if the debt collector or creditor was well aware of the passage of the statute of limitations. If the debtor or the debtor’s attorney fail to assert an affirmative defense that the proof of claim is time-barred, it will be deemed to be allowed, and the creditor will be paid. 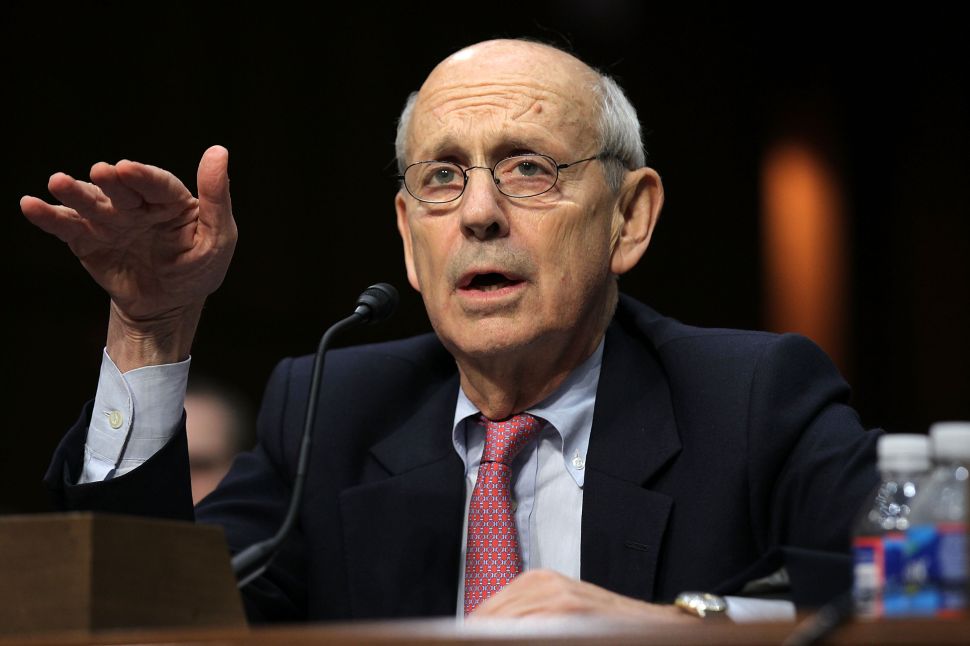