In cultures around the world, from the UK to India, many people consume tea on a daily basis—sometimes multiple cups. And while Americans have certainly increased consumption of green tea—thanks to its ability to naturally boost metabolism and help you lose weight—most of us are missing out on other equally beneficial teas.

Aside from green tea, the health benefits of white tea and black tea are plentiful as well. And the same is true with rooibos tea.

So what can all of these teas really do for your health? Read on to find out.

The catechins (a type of antioxidant) in some teas have been shown to reduce cholesterol and blood pressure, while improving cardiovascular health and repairing vein tissue.

Research shows that rooibos tea decreases blood pressure because it regulates hormones produced from the adrenals. Rooibos also contains the antioxidant aspalathin, and it’s the only food or beverage that contains it. Aspalathin is particularly important for heart health because it protects against oxidation, ischemia and vascular inflammation.

The antioxidants present in teas are also antibacterial and have been shown to kill harmful bacteria such as H. pylori, which can impact digestion and the gut, and reduce immune function.

White, black, and rooibos tea have all shown the ability to combat cancer. In particular, the flavonoids in those teas have shown promise against colon, prostate and stomach cancers, by helping to slow or kill the growth of cancer cells.

And, again, quercetin plays an important role here. It’s thought to treat cancer because it stops the process of cell mutation, which suppresses malignant tumor growth.

Several types of tea have been shown to reduce the risk of type 2 diabetes, including black, white and rooibos.

Rooibos, in particular, seems very effective in combatting diabetes thanks to its aspalathin content. It’s thought to have a strong anti-diabetic effect, in addition to helping fight cancer.

Several compounds found in tea have been shown to treat abdominal pain, diarrhea and upset stomach. It’s believed the tannins in tea play a large role in this.

White and rooibos teas, in particular, can help build bone strength thanks to the vitamins and minerals they contain, including manganese, calcium and fluoride. These help increase “osteoblast activity,” which helps create and build bone mass.

There’s a reason so many beauty products have added tea extracts to their formulas: The high concentration of antioxidants in tea helps protect the skin and hair from free radical and environmental damage. Specifically, it’s been shown to prevent wrinkles and protect hair follicles from damage. One element that’s responsible for this is alpha hydroxy acid, which has a very strong protective effect on skin and hair.

Those seven benefits are some of the most prominent that are common among many teas. However, that’s not all you can get from consuming this popular beverage. Rooibos has also been shown to help treat allergies, while black tea may potentially stave off strokes and lower stress hormones.

Then there are less-popular teas like yerba mate and pau d’arco tea.

Pau D’Arco, meanwhile, has been shown to:

Obviously, green tea isn’t the only beneficial tea available. Black, white, rooibos, Pau D’Arco, and yerba mate all feature a laundry list of health benefits that can improve every aspect of your overall wellness. So if you aren’t already drinking tea on a daily basis, now’s definitely the time to start. 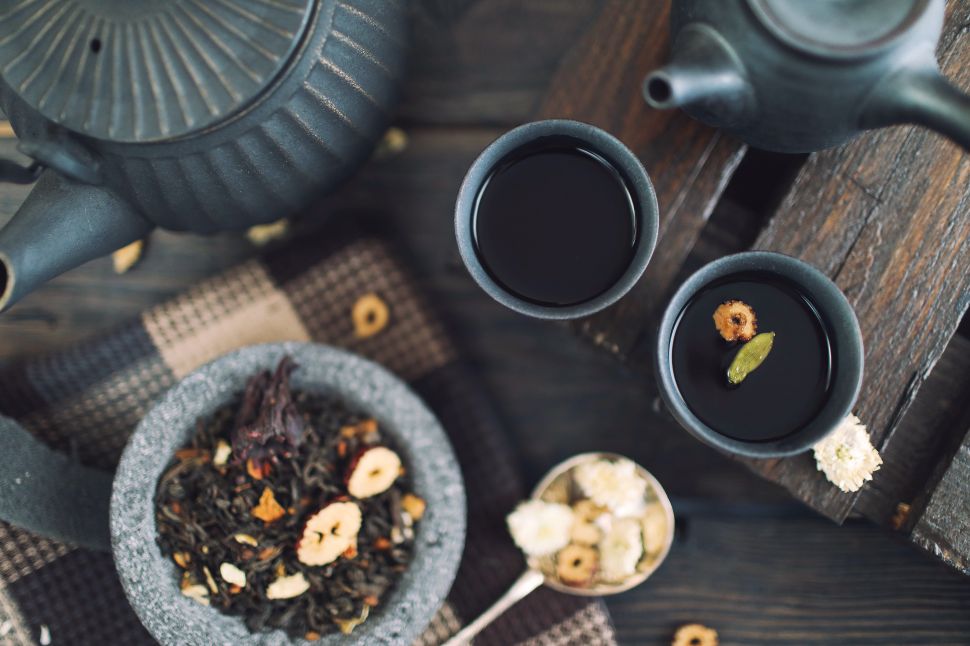