Fareed Zakaria tells his audience that the suicide bombing at a concert in Manchester, England is terrorism without purpose. He is wrong—dead wrong. Terrorists always have an agenda. No one blows himself up without a purpose.

Adolescent girls filled the audience to hear superstar Ariana Grande on that tragic night in Manchester. In the mindset of radical Islam, Muslim demographics will replace Christian demographics. Kill their young, but especially kill their women.

As one radical Muslim said about the Islamic takeover of southern France, “I made my hijrah in my mother’s womb.” Hijrah is jihad by migration, and it refers to Muhammad’s journey from Mecca to Medina. Now, it commonly refers to Islam’s migration to Europe.

Radical Muslims see themselves as taking over Europe through hijrah and high birth rates that will turn Europe into a Muslim majority continent. And if the Muslim birth rate is either insufficient or not fast enough, then, according to the radicals, kill the young people—especially the young women.

If the bobbing heads on television had been more attentive, they would have seen that the Israelis have faced this problem for decades. What are the preferred targets of Palestinian suicide bombers? Pizza parlors, discos, and streets filled with young people embracing the nightlife of cafes, coffee houses and restaurants.

Terrorists of all stripes like spectacle. They want a lot of people dead or wounded, a lot of gory videos, an easy target, and one that is within close proximity to the media’s lenses and microphones.

Abane Ramdane, the famous strategist of the Algerian uprising against the French, learned that he could kill a hundred French Legionnaires in the desert and the media would not take notice. But one Frenchman killed on the streets of Algiers, and the media’s appetite for coverage would be insatiable.

Ramdane recognized the symbiotic relationship between a media-seeking spectacle and a revolutionary needing to manufacture the illusion of power by gaining access to the camera’s lens and traumatizing the civilized world.

George Habash, the progenitor of spectacular airline hijacking, was Ramdane’s acolyte. Habash’s Popular Front for the Liberation of Palestine was not the most important player in the Palestinian terror movement. But what he lacked in numbers, he compensated for with spectacle, as in hijacking multiple planes and blowing them up on the ground, creating a series of visuals no photojournalist could resist.

Yasser Arafat was the face of the Palestinian movement, but George Habash brought the Palestinian agenda into the living room of everyone who owned a television set or could read a newspaper.

Terrorists like spectacle. They crave attention. They want to lacerate public sensitivities. They want Fareed Zakaria to ask the question he did not fully answer: Why?

Yes, he got part of it right, because it is a soft target, because Manchester is Britain’s third largest city, and because the venue itself draws media attention.

But Zakaria omitted the obvious—killing adolescent girls is an attack on the reproductive future of a society.

Do not tell us that in the grand scheme of things, this event will be demographically inconsequential. True as that may be, the terrorist thinks not about the individual operation but about setting an example for those who come afterward.

Rest assured, more is yet to come. 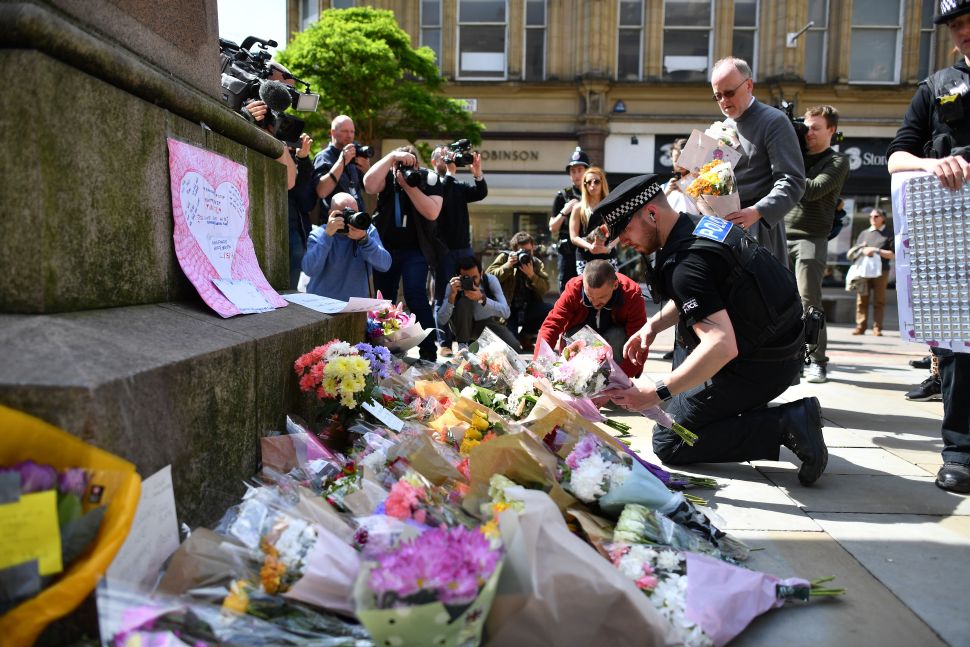