The entire internet has been captivated this week by the story of Brandon Vezmar, the 37-year-old Austin man suing the woman he took to see Guardians of the Galaxy Vol. 2 because she was texting during the movie date. Multiple media outlets have called Vezmar a “hero,” and Guardians director James Gunn even tweeted that the woman (identified only as Crystal) “deserves jail time.”

But while movie fans may rejoice at Vezmar’s “heroic” actions, judging from his Twitter account it looks like he’s letting that fame turn him into a troll.

Vezmar restarted the dormant account on Tuesday to capitalize on his newfound fame, and so far it only has 312 followers. He started off innocently enough, sharing funny articles about his exploits.

But then he made the mistake of posting screenshots of text messages between himself and the woman he calls “the flaky plaintiff” (Crystal is actually the defendant in the case):

Flaky plaintiff has now put out statement saying I made her feel unsafe during movie. Sure. Here’s us texting. You judge. pic.twitter.com/41sdQNPEL9

The threat of “small claims court” and “putting her on the books” for $21 (even though the Alamo Drafthouse theater actually offered to settle the lawsuit) immediately turned people off:

@BrandonVezmar You sound like a piece of shit, what the fuck is wrong with you

@BrandonVezmar Need that $21 to pay the rent to your mom this month?

@BrandonVezmar You thought people would read this and agree with you? pic.twitter.com/dI8N9N8qxq

@BrandonVezmar Frankly, I feel unsafe walking around knowing men like you think this is normal. Give me $20.

Vezmar was buoyed by the supportive messages he got from both sexes on Facebook Messenger, however:

My female supporters are chiming in. Fan mail is the best! pic.twitter.com/0ULdONSTEE

At this point, Crystal released a statement to an Austin TV station in which she said Vezmar made her feel unsafe.

“He has escalated the situation far past what any mentally healthy person would,” she said. “I feel sorry that I hurt his feelings badly enough that he felt he needed to commit so much time and effort into seeking revenge.”

Soon after this, Vezmar posted screenshots of the messages he sent to the woman’s family asking for her address. That only made things worse:

1/2 My ‘harassing’ message to Plaintiff's family. All identical. Needed address for small court filing. Didn't have it. None replied. pic.twitter.com/ufNR4GFfuf

@BrandonVezmar This makes you look like a psycho. The woman owes you nothing.

@BrandonVezmar @steenfox How did this not seem creepy to you?? Jesus Christ.

Things really took off, however, when Vezmar began referring to his date as a “texting floozy.” At this point many observers pointed out that a $21 date wasn’t the right hill to die on:

Apart from serial killing is there anything lower than texting in a movie theater? Not surprised texting floozy is playing the victim.

My one word to the trolls: Are you the other assholes texting in the theater? May the men in your life stop giving you a free pass, too.

“Suck it up, it was just $17, you’re a pussy” argument is interesting. I don’t owe a selfish, disruptive, exploitative stranger anything.

@BrandonVezmar I've never texted during a movie in my life, and even I can see you're taking this shit WAYYYYYY too far.

@BrandonVezmar Like, your behavior is making me side with a movie texter. I would've thought that was impossible.

@BrandonVezmar Wow snowflake. She ruined your movie going experience 😭😭😭 take her to court. You're a walking cliche.

@BrandonVezmar you offered to pay for her and you want your money back bc it didn't go how you wanted it to? jesus fuck

Vezmar, who at this point was getting international media attention because of his virality, then tried to tied his story to bigger issues:

1/2 There are three layers to the texting lawsuit story. Theater etiquette, dating etiquette, and gender relations. I would love to do a

2/2 back and forth with one of my heroes, Camille Paglia, on the third. Fascinating stuff coming up culturally around my lawsuit.

Camille Paglia, by the way, is an academic who claims that Hillary Clinton lost the election because she’s “an unaccomplished woman whose entire career was spent attached to her husband’s coattails.”

To further prove that he’s the good guy, Vezmar is turning his focus to charity—he asked his supporters to donate to the children’s charity Creative Action. The nonprofit did not respond to an Observer query about whether donations had increased.

Yesterday Vezmar published a Medium post where he reflected on his situation philosophically.

“Last night I was riding my bike home from the store in the rain, and it suddenly occurred to me that I was texting. While riding through an intersection. On my bike. In the rain,”  he wrote. “I said to myself out loud, ‘What am I doing?’ We all have room to grow, and we all make mistakes. Love will always be the answer. I shine it at you. I shine it at me.”

The most ironic part of this whole story is that Vezmar actually has a background in public relations—he’s the president of The Messaging Company, which provides “expert guidance on…communications strategies.”

Vezmar told the Observer in an email that “harassment is a word some people hide behind when they can’t face reality.”

“I was making a character judgment based on my own personal experience and attempting to get the mailing address of an unacountable person whose behavior had adversely affected my life,” Vezmar said.

He said “there’s goodness to this story that deserves to really be let loose.” 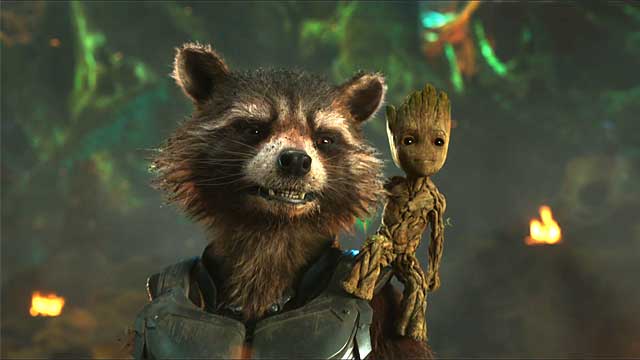