Tomorrow night, the world will end. We’ve been preparing as best we can for The 100‘s nuclear holocaust all season, but time is finally up—the death wave is now here. Here’s what we know heading into the Season 4 finale, aptly titled “Praimfaya”: A newly-cured Raven is going to attempt to launch Becca’s rocket into space carrying Clarke, Bellamy, Echo, Murphy, Emori, Monty and Harper on board. Meanwhile, Skaikru’s leaders have thinned out their people to just 100 in order to fit snugly into the Second Dawn bunker along with the remaining Grounders, where they will all hold up together underground for the next five years. Anyone not headed to space or underground is doomed to die—and that includes all the rest of Earth’s flora and fauna too.

Ahead of tomorrow night’s epic finale, The 100 executive producer Jason Rothenberg is already promising viewers to expect big changes for Season 5. “Next season is going to be crazy,” Rothenberg told Nerdist. “Big changes are coming for season five. Interpersonally, relationships are going to change. Some people will be excited, some people will be pissed off, as always.”

Which leaves me with a lot of practical questions knowing that there will, ostensibly, be a light at the end of this fire-filled apocalypse for some of our characters—light enough to make it to another season. Here goes:

Won’t living underground lead to widespread vitamin D deficiency?
The Second Dawn’s bunker looks pretty fancy, and it also seems pretty big if 1,200 people can fit inside. But with only 100 members of Skaikru in possession of the know-how to run the life-sustaining equipment day-to-day, it seems like we’re setting ourselves up for a pretty uneven power dynamic underground. For all my questions leading into the finale, and likely remaining during the show’s hiatus until Season 5 kicks off, I’m going to just keep repeating Rothenberg’s words like a mantra, and run with it. It’s not a huge jump then to assume that at some point the Grounders will need to catch up on their tech skills. This is a story arc I’d love to see explored in detail in Season 5, as the now-combined clans experience the growing pains needed to live together peacefully and efficiently.

However, this doesn’t answer how the Second Dawn’s bunker has been outfitted to address one of the most pressing problems that Mount Weather residents faced: Vitamin D deficiency. Remember how everyone looked a few too shades unhealthy? I highly doubt that the bunker has a sunroof.

I thought the Ark was broken.
I have total faith that Raven will be able to get that rocket off the ground, but past that I’m a nervous wreck for our space-bound crew. It wasn’t too long ago that we watched Raven struggle to ready just one spacesuit for herself, so are we to assume that the rocket comes equipped with seven back-up suits she just didn’t know about? And assuming they all survive the launch, make it into orbit and dock with the remaining Ark station, how long can they really wing it in space? The whole reason Skaikru ended up on the surface was because the Ark’s life support system had gone down—if all of Skaikru couldn’t fix it then, who’s to say that our ragtag crew of delinquents will be able to fix it now?

I’d be more interested in seeing how the dynamics of this small group work in space, than I would be to see them struggle again with making the Ark livable. Most of Season 4 has been spent completing a full circle to connect back to plot lines and themes in Season 1, of which includes the Ark’s failure.

What’s the Earth going to look like after nuclear holocaust?
The thing about nuclear holocaust is that it’s not a disaster that’s easy to recover from. Just look at real-life examples at Chernobyl and Fukushima, where the land remains unsafe for human habitation, and the effects of radiation will have effects lasting generations for humans, animals and plants alike. The show has slapped a five-year time limit on the Earth’s recovery from the death wave, which I’ll buy 1) because both Skaikru and the Grounders have higher tolerance than the average human to radiation and 2) because this is science fiction and the rules can be stretched. However, if all life on Earth is doomed, and the Second Dawn bunker isn’t being used as Noah’s Ark, than how are we to expect that extinct plant and animal life will recover? If the Earth that our characters return too isn’t dramatically transformed by this cataclysmic disaster, it’ll seem like a bit too much of a stretch.

Is one clan really a good idea?
With Clarke headed to space, and Octavia the de-facto leader of the Grounders newly aligned single clan, there’s ample opportunity for power shifts underground. Will Octavia usurp Clarke’s role as the unofficial leader of Skaikru, even more so since she already has the Grounders on her side? One of the show’s strongest elements has been the shared balance of power between its younger and older characters. Now that Clarke’s list has been used to thin out Skaikru it’ll be interesting to see whether whether that remains the status quo in light of who who was deemed worthy to survive.

And of course, let’s not expect all grievances between clans to be put aside now that we’re sharing bunks underground. The power plays that are inevitable between the groups as they painfully try to get over the socio political strife that nearly ended everyone’s chance at survival, more than once, is almost certainly not going to be a smooth ride. I’m on Octavia’s side in believing that clan allegiances really won’t mean much in this post-post-apocalypse. Plus, the clan strife has dominated four seasons-worth of plot lines, it’s time for something new.

Are we really going to let that lighthouse bunker go to waste?
I cannot believe that no one will end up in this perfectly good, totally tricked out bunker. Skaikru has known about it for an entire season, so why did no one think to set aside and stock it with supplies for at least a few people? There is an entertainment system in there people!

Now that the world has ended—again—what could be worse?
Two of the show’s longest-running themes have been guilt and morality. And Episode 12 addressed this more directly than ever with its emotionally wrenching second culling of Skaikru. But as I asked at the end of my recap last week, maybe, just maybe, could it be possible in this new world for our single clan to spend less time grieving over its terrible choices and more time focusing on building a functioning society? Could The 100 become a show that dwells less on recreating issues that already (or may soon) plague the real world, and instead focus on how to fix it? At the start of Season 5 humanity will have faced, and hopefully survived, the End of the World twice. It’s high time for humanity, and The 100, to try something new. 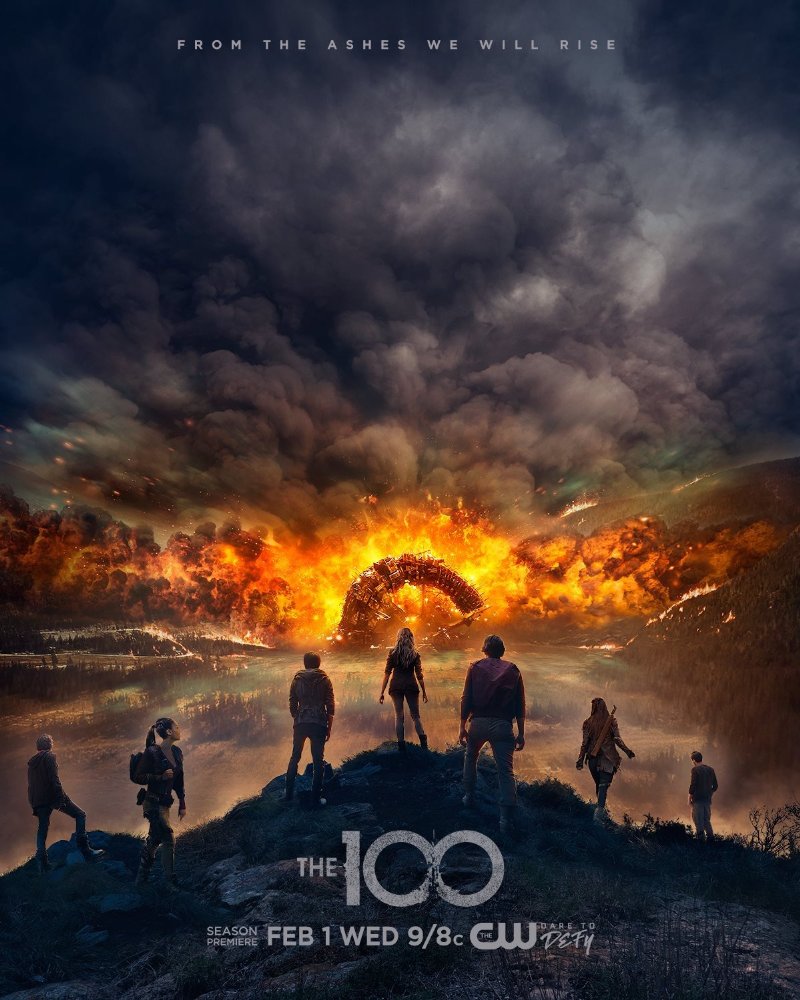