Before the opening credits of The Americans’ season five finale start rolling, over eight minutes pass. You’d be forgiven if you felt it lasted even longer. Philip and Elizabeth Jennings have been complicit, or active participants, in the killings of countless innocent or undeserving people before this point—guileless lab workers, innocent old women, true-believer fellow travelers, sexual partners subsequently broken in pieces and stuffed in a suitcase. Yet so much of the series has danced around the threat they pose to the archetypal innocent: the child. Their stop-and-start recruitment of their daughter Paige has seen countless parallels, from Philip’s quasi-seduction of her same-age counterpart Kimmy to the odyssey of his Russian son and namesake Mischa to the employment of his faux adopted son Tuan as a co-conspirator. But never before have they come so close not just to corrupting a child, but actually murdering one. “We almost killed their son,” they tell their handler, Claudia, after the dust has cleared and the blood has dried and Pasha Morozov, the despondent son of their defector quarry, has survived the suicide attempt Tuan goaded him into. The eight minutes we spend watching them try to save the kid’s life without blowing their cover in front of his father or the CIA agent assigned to protect him, is The Americans’ way of forcing us to confront the horror of their actions the way they’ve been made to do themselves.

It doesn’t stop there. Tuan has been a valuable addition to the season because he’s simultaneously one of the most sympathetic and repellent characters the show has to offer. His family was wiped out by America’s genocidal war in Southeast Asia, a crime we ignore to this day when tallying up our country’s pros and cons, like a golfer taking a mulligan. Yet the trauma he experienced has made him ruthless and cold in a way that puts even Elizabeth, always the more zealous of the Jennings, to shame. After the Pasha debacle is settled, Philip and Elizabeth assure Tuan they’ve given him a good report, and haven’t ratted him out for maintaining contact with his previous adoptive family. Tuan responds by ostentatiously telling them he’s reported them for jeopardizing the operation with “petit-bourgeois concerns,” i.e. worrying they might have convinced a teenager to end his own life. Elizabeth wraps up the conversation in a way intended to help the kid, telling him that his hardcore approach will ensure his eventual death or capture in the line of duty. Her remedy? Make his people back in Vietnam send him a woman to be his partner in life and crime. Hardly a road to redemption.

Elizabeth’s reasoning is that the intimacy of family helps buffet against the gruesome reality of their work. I remain unconvinced. It doesn’t stop her from splitting Paige’s lip in the name of combat training. Nor does it prevent Philip from, for now at least, shattering his son Henry’s dreams by refusing to allow him to attend a New Hampshire boarding school. Some family they’ve turned out to be. In fact, a sizeable portion of the show’s genius resides in how it can make you feel Elizabeth and Philip’s attachment to their children and one another is 100% sincere, 100% a grounding and stabilizing and sane-making influence, and at the same time 100% poisonous to all concerned.

Expand the circle, and what else do we find? Philip still working his teenage quarry Kimmy, who now has a solid group of friends, amazing taste in music for a child of the DC military-industrial suburbs (R.E.M.!), and a relationship with her CIA-bigwig dad even Philip has to characterize as amazing. He just so happens to be exploiting that relationship for its intelligence value. That’s two more families on the docket to be completely upended thanks to Philip’s work besides the Morozovs.

Then there’s Stan Beeman. You know Stan—the guy whose teenage son Matthew had his heart broken by Paige because she’d been driven to the brink of a breakdown by her parents’ pressure to keep their job a secret from him? Stan is sick to death of his own work, which is comparatively benign benign, but which has still involved him killing a man out of vengeance, losing partners and coworkers, and risking the lives of numerous informants, including the shy young woman whose hockey-player boyfriend he suspects of being an agent himself, though apparently, he isn’t. “I’m tired of feeling shitty,” he says. Who talks him out of acting on that feeling and quitting his job? Why, it’s Renee, the woman he loves! The woman Philip suspects is a Soviet agent just like him! Isn’t it fun to let people into your heart in this world?

The sole exception to this dispiriting rule appears to be Martha, Philip’s former dupe and asset inside the FBI. The KGB’s attempts to hook her up with friends or love interests have all failed. So instead, they provide her with companionship of a different kind: the opportunity to adopt an adorable orphan. I’m the father of a young daughter who’s only a year or two removed from the little one whom Martha watches as she cavorts through a playground without a care in the world. I recognize those little steps, those wide eyes, that mind so open to a world of endless possibility. So when Martha starts beaming and tearing up about the prospect of incorporating such a person, a small but very real person, into her life, I began to cry. For both their sakes I want them never to worry about anything ever again. I don’t want their family, their love, to be weaponized and destroyed.

“The Soviet Division,” as the finale is called, ends with Elizabeth insisting that they can’t return to the Soviet Union as planned. Philip’s intel about Kimmy’s father, who’s slated to take over the titular branch of the CIA, is too valuable for them to retire now. Philip himself seemed to realize this when he brought it to Elizabeth in the first place, instead of simply discarding the recording that revealed it as was his original instinct. People will see this as an enormous anticlimax, and they may even be right—I certainly double-checked the time stamp on the episode just to make sure this really was the end of the season. But never believe this season of The Americans had nothing to say. It may have been more discursive and elliptical than previous efforts, likely a result of its first-ever guaranteed subsequent season. But what a menacing statement it makes about how much we rely on our family, and how willing we are to distort and destroy it to get what we need and want. 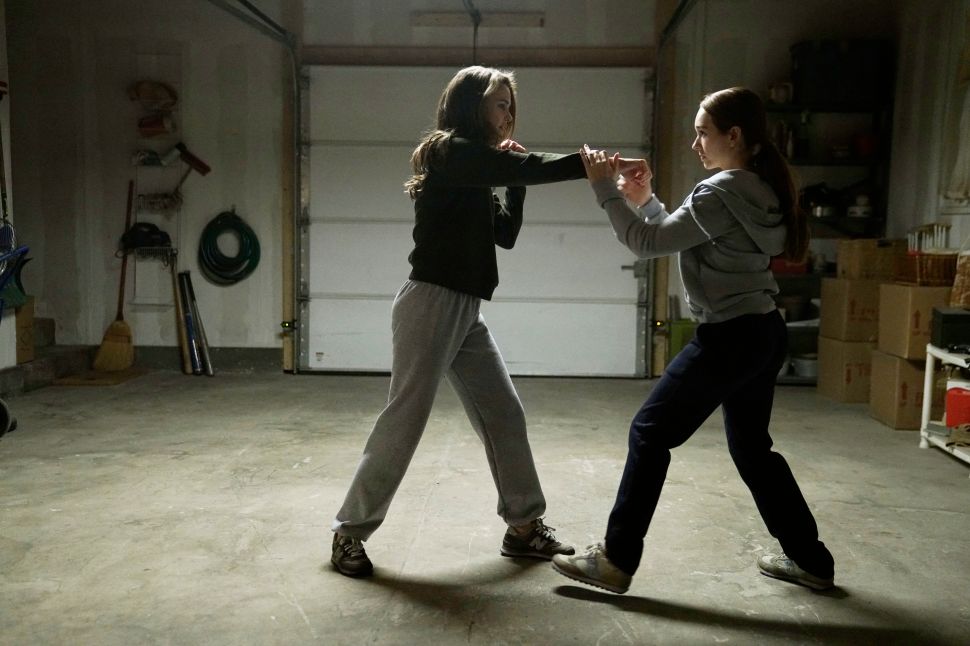