In a deeply uncomfortable video, Viall displayed his limited acting skills, previously seen only on reality television. If you thought nothing could be as cringe-worthy as his puppet moves, Viall is here to prove you wrong.

While plenty of Bachelor and Bachelorette alums have promoted subscription boxes on Instagram, Viall is the first to create his own. In the awkward video for The Polished Gent (established 2016) he responds to the oft-posed question, “What are you going to do next?” Options include singing the praises of the transformative powers of #fittea and wearing the neon sunglasses every reality star is currently posting as #sponcon. Instead, he’s offering up discounted hair serum (it comes with “hair supplement”).

After announcing his age (36, about a decade removed from most of the women who competed for his heart and his beard), he announces, “We can all agree that I’ve polished up over the past few years.” Certainly the hours of CrossFit have contributed.

Today, The Polished Gent is live, for all of your men’s grooming needs. Once you register, an email arrives in your inbox stating: “I’ve taken advantage of a few select products that I’ve been lucky to discover. They have allowed me to cheat time and enhance my youthful appearance.” Said products include anti-aging serum and age defying moisturizer. Unfortunately, there is no beard oil. 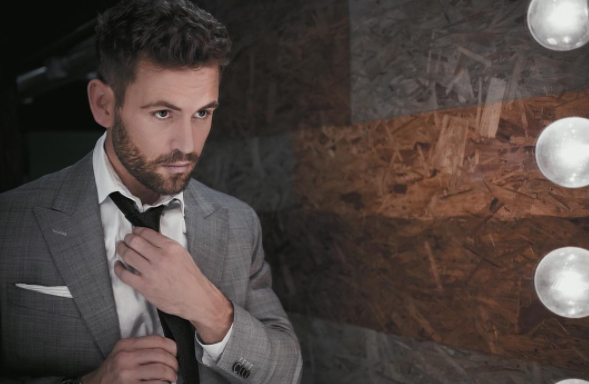