The Big Sick is currently chilling out with a near-perfect 97 percent on Rotten Tomatoes. And even though the site inexplicably uses a strange close-up of Kumail Nanjiani’s face as the main photo instead of the movie’s poster, don’t be deterred: The Big Sick, written by real-life husband-and-wife team Kumail Nanjiani and Emily V. Gordon, is going to be worth seeking out this summer.

Based on their actual love story, The Big Sick follows Kumail and Emily (played by Zoe Kazan) navigating their relationship when it’s challenged by cultural differences and a mysterious illness that forces Emily into a medical coma.

With movies like What If and Ruby Sparks on her résumé, Zoe Kazan is already the darling of indie romantic comedies, but The Big Sick finally gives Kumail Nanjiani (Silicon Valley) his due as a romantic hero instead of a wise-cracking sidekick, a great exhibition for the charming comedian, especially nice given Hollywood’s shameful lack of Asian leading men.

After rave responses at Sundance, the film was picked up for distribution and will be released nationwide on July 14. Watch the first official trailer, which dropped today, below: 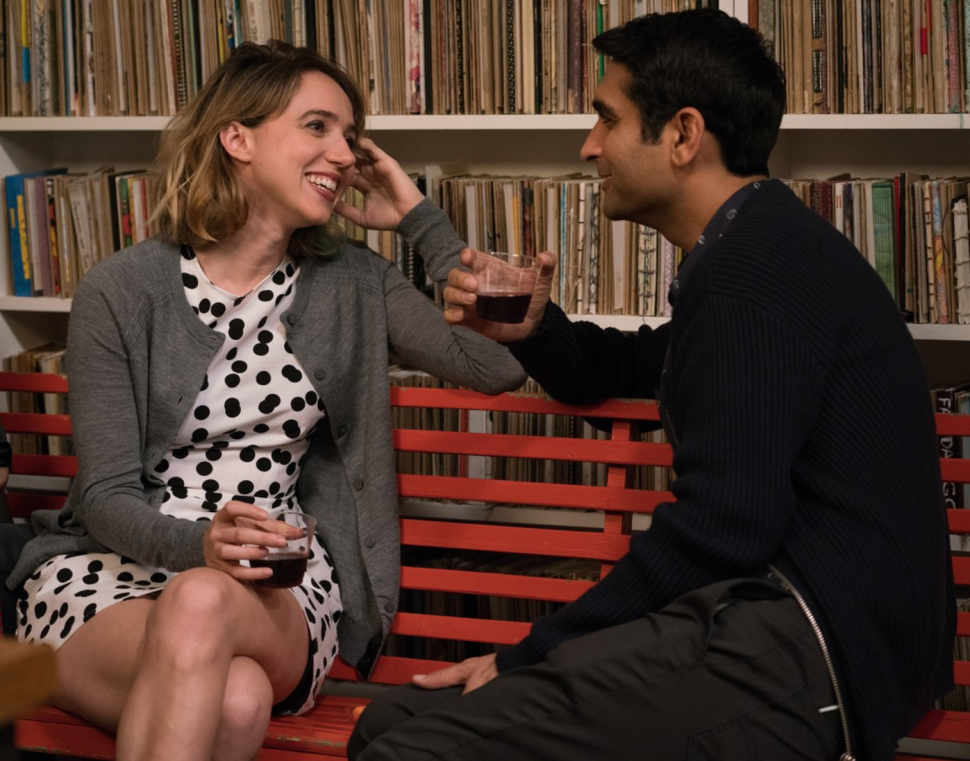