The last we saw of Elodie Yung’s Elektra Natchio’s–Matt Murdock’s sai-wielding assassin ex-girlfriend who returned deadlier and more prone to roundhouse kicks than ever in Daredevil season 2–the shadowy ninja-cult The Hand was loading her corpse into a large, stone basin. In my shadowy ninja cult experience, this is not a good thing, especially given that The Hand repeatedly refers to Elektra as Black Sky, and Black Sky itself has been affectionally described as “the bringer of shadows.” Again, not great.

And, if the latest teaser from The Defenders is any indication, Elektra’s corpse will continue in the grand comic-book tradition of not staying a corpse.

Now, we don’t actually see Elodie Yung here, but The Hand are pretty prone to popping back up from the dead pretty frequently–their leader Nobo did it, and that dude burned to a crisp in Daredevil‘s first season. The exasperated “oh, great” paired with the, uh, blood sacrifice ritual would indicate Elektra’s eventual reunion with Matt Murdock–and presumably Jessica Jones, Luke Cage and Danny Rand–won’t be a happy one. At least Yung herself is pumped:

Did you get your beauty sleep #Elektra? ⚔️⚡️ #Defenders #DEFEND https://t.co/vqfq8ebquC 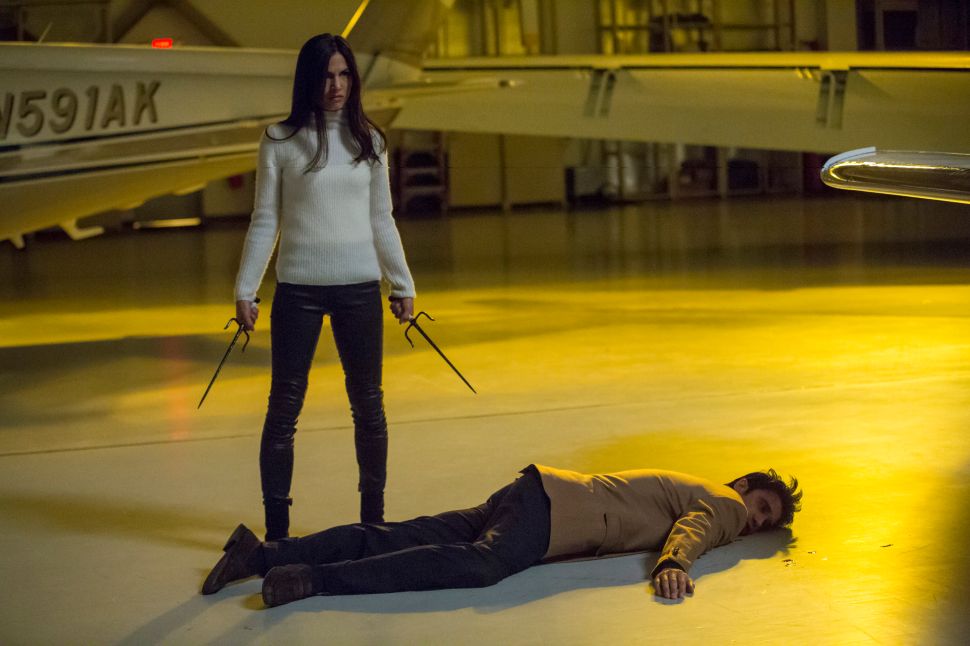