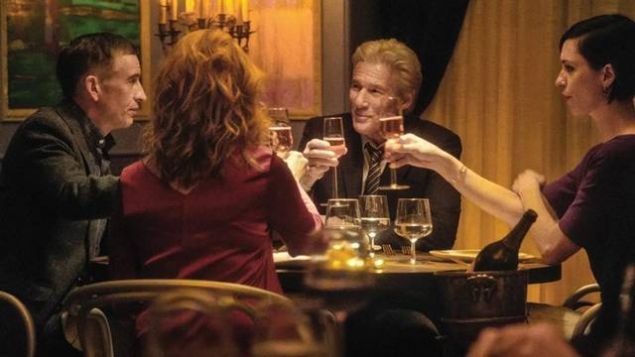 If we’re white and of a certain class, we’ve probably been there—dinner at an exorbitant restaurant, arguing vehemently about politics while avoiding the roiling personal issues of sibling rivalry, financial inequality, professional jealousy, problematic parenting and mental illness. Set largely at that elite table, Oren Moverman’s latest drama, which he adapted from Howard Koch’s novel, is a hot-house chamber piece about two couples whose sons have committed a callous hate crime together—and the lengths the adults will go to protect their offspring. As parents, we often peg our ambitions on our children; when their actions deeply disappoint, even veer to the criminal, it reveals the cracks in our value systems that we’ve spent so much time trying to spackle.

Coogan’s dramatic performance is unmatched: raw, intense, satiric, self-immolating. There is not a moment when he is not being frighteningly honest, searching out the mortifying nooks and crannies of his often petty character and exposing them. It’s just wow. Like a terrier, Coogan bites into the part and does not surrender his prey. That said, it’s out of balance with the other more reticent three: Gere tends to hide within his face, a slave to good looks and stardom; Linney struggles to unify a character that seems to be written differently from scene to scene; and Hall, an actress of great integrity, has the role that is the most reactive, the least internally driven.

As a great lover of Writer-director Moverman’s work—particularly the Woody Harrelson L.A. cop noir Rampart (2011) and The Messenger (2009) pairing Harrelson with Ben Foster—I confess to being disappointed here. The script is undercooked. The performances, as I said above, are often at odds. Scenes set between the brothers on a past trip to Gettysburg intrude on the narrative tension, while other efforts to widen out from the elite dinner table and open up the drama aren’t nearly as compelling. Shots of the heinous, thoughtless crime that brought the family members to the table seem rushed and poorly blocked.

What this means is that while the issues of parental accountability, raising children in the internet age, the costs of sacrificing truth to political ambition, and the tragic pull of sibling rivalry are urgent and occasionally raise profound questions with force and power, the ingredients don’t hold together. The soufflé falls. This is neither Who’s Afraid of Virginia Woolf nor Carnage, but it does contain blinding flashes of insight into contemporary privileged white America and its very real discontents—and much of that has to do with Coogan’s searing performance and the way his acerbic character leaps from the page to the screen. 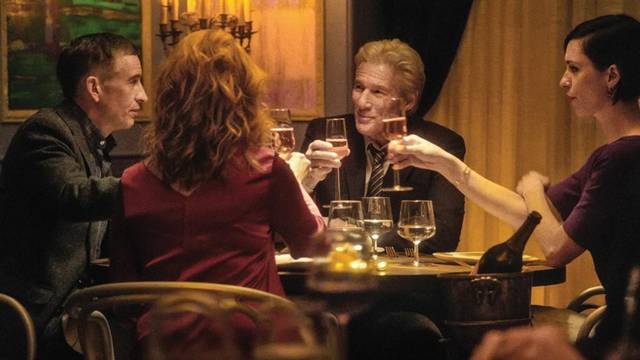