There’s a longstanding tradition of prestige horror films (Whatever Happened to Baby Jane, Rosemary’s Baby) that’s been revitalized in recent years by movies that manage to be both spooky and stylistic like The Babadook, The Witch, and the fascinating social allegory Get Out.

It only makes sense that television would attempt to get in on the horror trend, but it’s slightly more surprising that the charge would be led by the Food Network, with a new short film sponsored by McCormick.

I don’t want to spoil the film, but it begins like any good horror story: with things seemingly going okay. The man is cutting a watermelon. It is summer. We are all having fun. The long knife is only slightly foreboding. Like the classic milk-drinking scene in Quentin Tarantino’s Inglourious Basterds, McCormick and the Food Network allow the tension to build naturally. Things are going okay… for now.

When the final moment comes, it’s equal parts horror and catharsis, a perfect subversion of the watermelon’s association of carefree afternoons. This is a short film that forces us to confront our worst nightmares, to stare the monster in the face only to realize that the monster was a mirror all along.

ok I'm sorry but I guarantee this is the worst video you will see today pic.twitter.com/UYJ3d4p4s9 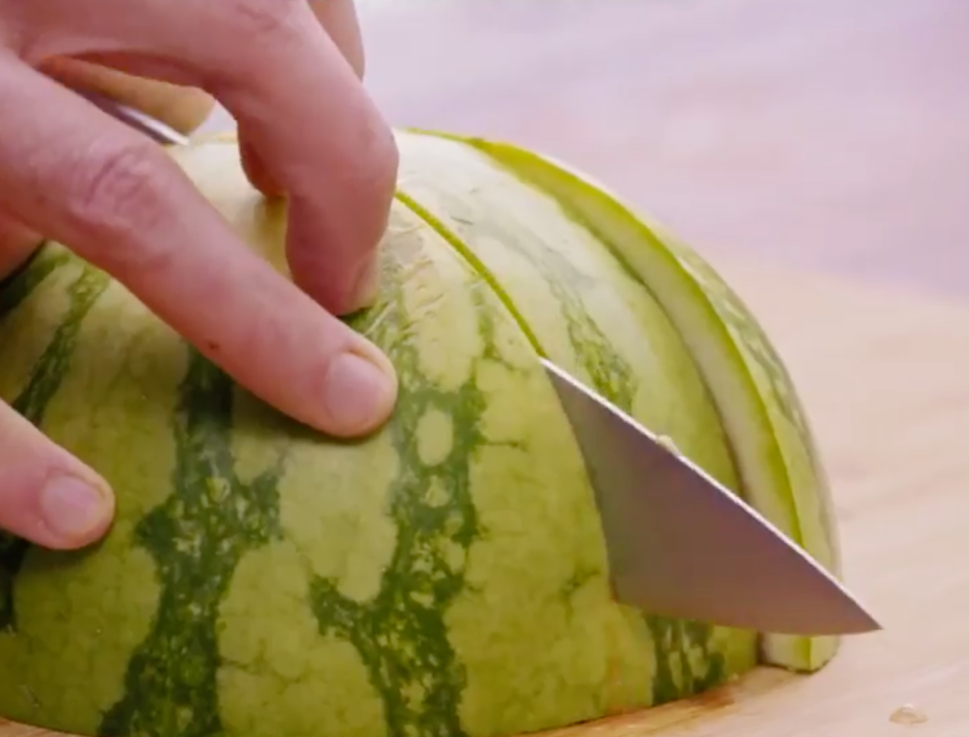