In the wake of former New York Congressman Anthony Weiner pleading “guilty” to “[engaging] in obscene communications with [a] teenager,” the narrative seems to be shifting with regard to who the real victim is and who is to blame for a 50-year old man “sharing explicit images” and “rape fantasies” with a minor.

A report published in The Hill today alleges that the victim “girl in Weiner sexting case lied to damage Clinton.”

Yes, their headline used “girl” in place of “victim.”

The Hill’s report was based on an article published on WhoWhatWhy.org, a website founded by Russ Baker, whose claim to fame is a book linking the Bush family to the Kennedy assassination. Yes, I’m serious.

This “report” prompted a tweet thread by David Mack, one of the few journalists in the game to actually have had contact with the victim’s family:

ok as one of the few reporters who has actually spoken to this girl and her father let me say a couple of things… https://t.co/4qFYXwb7E3

That The Hill—which is usually regarded by smart people as a reputable, fair news site and content aggregator—chose to republish information from a radical website that solicits donations specifically to further their mission of investigating President Trump as “news” is borderline journalistic malpractice, regardless of the topic. It’s especially ironic, given that just six months ago, they published a piece by Observer Senior Political Columnist Ashe Schow on “fake news.” Of course, rather than reporting these facts about the source material, they describe it as a “nonprofit investigative reporting site” and describe Baker simply as having written for “The New York Times, The New Yorker, and The Washington Post.”

But far more insidious is the speed and comfort with which The Hill uses this “report” as a jumping-off point to reassign victimhood. In this case, from the teenage girl who was told by Anthony Weiner that he would “bust that tight pussy so hard and so often that [she] would be limp for a week.”

Among the horrifying regurgitations published by The Hill: “the girl was just shy of 17 when she approached Weiner, not 15 as The Daily Mail cited when it initially broke the story…[putting] her above the age of consent.”

It’s mind-numbing that the writer saw fit to publish this at all, as if—even if true—it would somehow nullify the fact that Anthony Weiner told a teenager that he fantasized about “being forceful” with her. But moving beyond that, outlining it in this way is clearly intended to create a bigger chasm between what WhoWhatWhy.org is claiming and the previously-reported facts than actually exists. Why didn’t they simply say 16? Because by saying “just shy of 17” enhances the illusion of a greater lie and conspiracy.

Regardless of all of these remarkably offensive attempts at flipping the script, this “report” was published AFTER Weiner entered his guilty plea for the crime. Do the folks at The Hill really believe that the prosecutors and Weiner would have arranged and agreed to this plea deal if they weren’t quite sure of the fact that the girl was, as initially reported, 15 when Weiner sent her these messages?

The Hill also cited the “report,” describing the victim as being from a “Republican-friendly family,” and went further to note that she “celebrated Trump’s victory,” that her “father is a registered Republican,” and her mother posted negative tweets about the Black Lives Matter movement.

It is nothing short of galling that The Hill put their masthead above attempts to undermine the victim of a sex crime based on claims about the political beliefs of her family. In fact, any attempt to link politics and sex crimes is rather bone-chilling, given the fact that sexual harassment and assault are frequently-utilized tools of war against political dissidents around the world. While there is clearly a difference between the Weiner case and the raping of women in Egypt at protests during the Arab Spring, the fact remains that there is very simply no justification for committing a sex crime—even political conspiracy theories.

The Hill has embarrassed themselves by providing a platform for demonstrably “fake news.” However, the real disgrace here is the fact that they promoted politically-motivated victim-blaming. 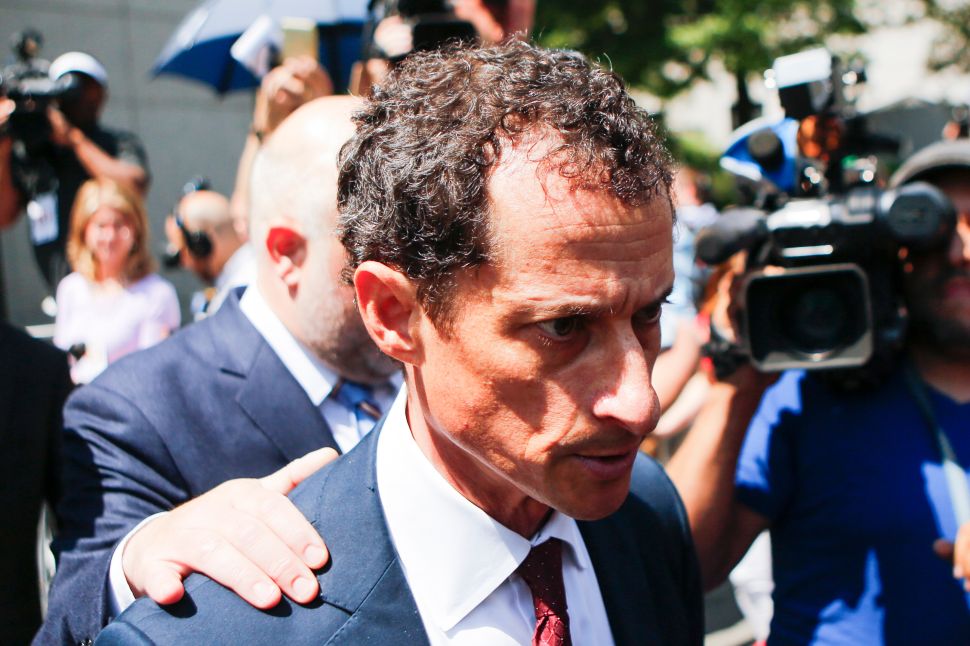