Place: The lobby of a Starbucks in York County, Va.

Time: An hour before close on a Friday night in the middle of May, 2017.

Scene: Tom sits alone. He’s got headphones in, and he’s very absorbed in watching a screener of episode six of TheLeftovers season three on his laptop. He scribbles notes in a notebook as he watches.

At the next table, Edmund sits with Mirabel. There’s a complicated Vape set on the table between them, Edmund admires it as one might a Faberge Egg.

Suddenly, Tom rears back from his laptop and removes his headphones.

Oh lord, what have I just seen?

Oh Lord, this cannot be the end!

Perhaps if I’m patient, and watch the credits

There will be a final scene

To save my heart from being

As broken as it’s ever been!

Tom continues watching for a moment

No! That was truly the end

And now I feel as though I’ve watched the death of a real friend!

Edmund and Mirabel look over at Tom. Edmund is annoyed.

You’re being very rude with these anguished exclamations!

I’m trying to explain to my date, here

The various modifications I’ve made this vape, here!

Oh Edmund, don’t be so callous

There’s plenty of time for talking about your vape!

Can’t you see this man’s heart has been shattered?

Friend, please, is there something the matter that we

No! Despite your kind desire to alleviate my pain

I fear that nothing will restore the balance to my brain!

What I’ve seen will linger in my soul, a constant stain!

The happiness I used to know, I doubt I can regain!

Who is this man? He feels so deeply!

Whose pain burns brighter than the coils in a vape?

I must know more about him!

I must know more about him!

I must peer into the darkest corners of his soul!

Perhaps what I find there will mirror the darkest parts of mine!

Mirabel rises and takes a seat at Tom’s table.

Please, sir, although we haven’t met,

All humans are bound to one another in times of

Suffering and pain! At least that’s what I believe,

And how I choose to act!

At the beginning, I beg you, and leave nothing out!

Well this is certainly an awkward turn,

My date stolen by some sobbing fool!

But no, this day is far from lost,

For I have one last card to play!

A cloud of vapor as thick as a burrito,

The kind that’s free if you clean your plate,

Is exactly what will win Mirabel’s attention…

And restore order to this date!

Edmund takes an enormous toke on his vape and releases an unbelievable cloud of vapor that fills the stage.

The lights dim, and then as the vapor clears, a spotlight on Tom, who now stands center stage facing the audience.

The episode began with a flashback,

Laurie in her office, debating suicide

In the face of all the horror in the post-departure world!

Just as death is imminent,

She backs off and chooses to live instead–

With the Guilty Remnant!

Wait, is this Laurie a friend of yours?

A relative? Your mother?

Or is she someone from your past?

Mirabel steps back into the darkness.

No, I wouldn’t say I loved her, in fact

Her character has been far from a favorite!

Too anguished when we first met, too wrapped up in her pain,

And then in season two she seemed too trapped in her own brain!

But in this latest episode, it seems that Laurie’s turned

Becoming someone who through much turmoil has learned

That there are things in life you can’t control

No matter whether your faith is placed in psychology or

What exactly are you speaking of, here?

I speak of Amy Brenneman!

An actress of great skill

Who perhaps I’ve underrated due

To the character’s icy chill!

Sorry again, but I must know…

Are you merely describing a TV show?

A show indeed, but merely? No!

This is amongst the best I know!

The narrative trick this episode plays,

Cutting back and forth in time

From Grace’s ranch to Nora’s van

A clever way to depict this span

In which Laurie makes a fateful plan!

How gracefully each scene creates a mystery

For the next scene to solve,

It’s an hour filled with gratification,

Until the dreary end.

So much here to unpack and explore…

From the bruise on Laurie’s eye,

To whether Nora wants to die,

And who called Laurie to the house,

And what’s to become of Kevin?

Will he agree to his father’s wish

And travel forth to heaven?

And does John really think that what they’re planning is for real?

And is embracing the supernatural a healthy way to heal?

Than the human heart.

And isn’t that the job of art?

To mine the weird

It’s all about sports, tits, and money.

You must! You must!

Come back to my place, we’ll watch and chill…

If you catch my drift.

It’s pleasant to escape the awful ambiguities of daily life

That keeps one ill at ease

And filled with doubt.

Lights up until the entire stage is fully illuminated.

Funny you should mention doubt!

That lack of all conviction is much on

At dinner when compared to Thomas,

The disciple who needed proof,

She compares herself to Judas and suggests this is the truth—

Doubt is easy, has no cost

Judas acted on his beliefs

And because of this,

Cool. Mirabel, are you ready to get out of here?

What’s this mean, this comparison

That Laurie makes to herself?

She drugs the Murphy’s

Knowing it will make them sad

And speaks with Kevin for a while,

A pleasant scene, they laugh and smile!

She doesn’t ask him not die, she asks him if he’s scared.

He says he’s not, he feels alive,

he’s found a way, in death, to thrive

and asks for Nora—is she gone?

And then she is.

Mirabel and Edmond move to exit stage left. Tom rushes to block them from leaving.

You believe you are, but how to tell?

The conundrum facing Nora, as well,

When Laurie helps her track the doctors

And their possible departure machine.

See, they both seem bonded in

Their avowed skepticism, but

Nora’s come to the conclusion she

Must know for sure.

All there is to know.

It was nice talking to you, sir.

But we must be off, please move aside.

They attempt to step around Tom; he moves to block them again.

If it’s doubt that has no cost,

Then what cost has belief?

Is that why Laurie takes to the sea,

On how one might seek to end their life

I do not know the answer

To this question that you ask,

I haven’t seen this show!

But if I may, let me suggest

That this, in fact, is all men’s task—

To look inside their hearts and minds

And question what they find,

To test their boundaries,

But be it faith or

With making sense of life’s contradictions.

Dude, I’m going to crack your head if you don’t step aside.

So be it, cracks let in the light.

Now let us leave, put up no fight.

Mirabel and Edmond rush towards the exit. Tom and Edmond grapple while Mirabel runs offstage. Edmond strikes Tom, knocking him to his knees, and follows her through the exit.

After a moment, Tom stands and brushes himself off. His lip is split, blood drips down his chin. He wipes his face.

For trying too hard

To stay in control.

But perhaps there is a saving grace

To this wound upon my face—

I’ve spilled no blood beside my own. 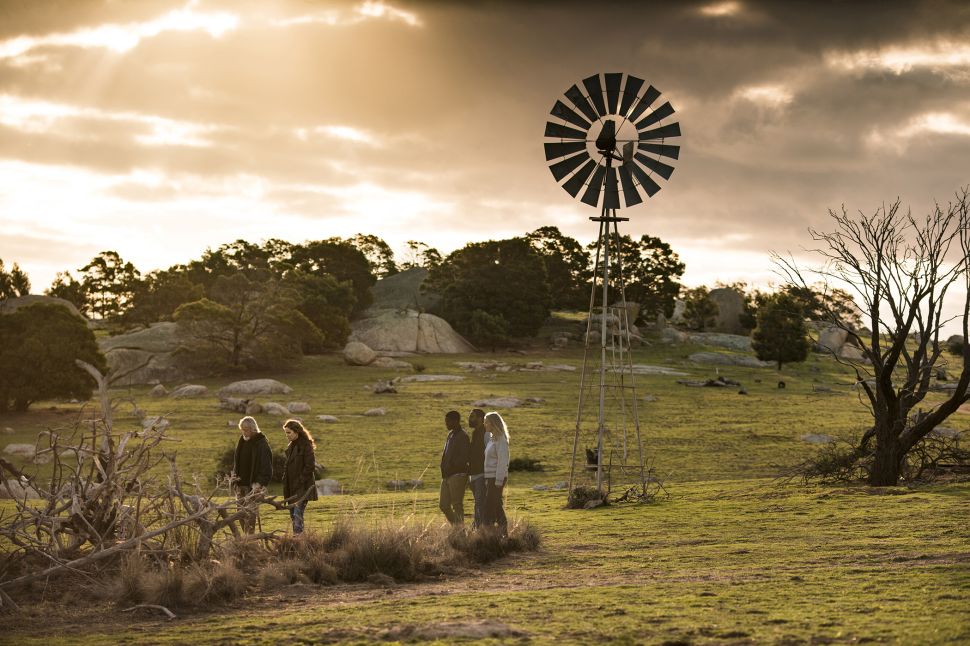