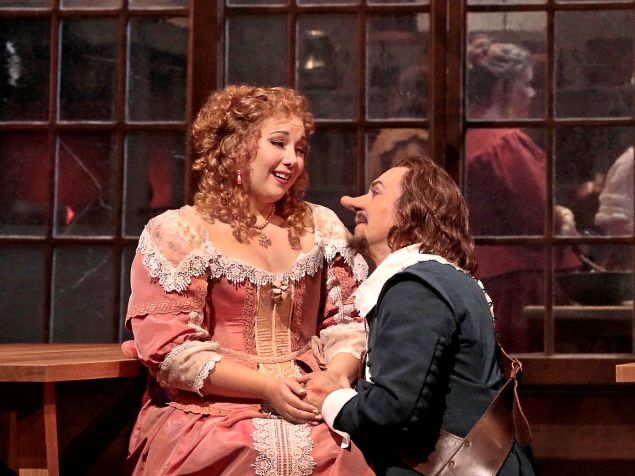 In his more than 20 seasons at the Met, tenor Roberto Alagna has sung his way from one end of the Romantic opera repertoire to the other, from Nemorino to Radamès. But last night he found his most congenial and emotionally moving role yet, the part I wager he will be remembered for in decades to come: Cyrano de Bergerac.

Now, it’s not like this opera it a masterpiece. To a CliffsNotes reduction of the ironic romantic drama by Edmond Rostand, composer Franco Alfano devised a score collaging Debussyesque meandering arioso with big bombastic tunes that would feel right at home in Erich Wolfgang Korngold’s soundtrack for The Sea Hawk.

But somehow it all comes together in the opera’s great scene, when the hero, ashamed of his grotesquely oversized nose, pretends to be the hunky but dim soldier Christian in order to serenade the exquisite Roxane.

Alagna is the driving force in transforming this faded nosegay of an opera into vivid, heartbreaking drama. His cool lyric tenor sounds more lithe than ever, with a particular sweetness and charm in the middle register where must of this part lies.

Moreover, Cyrano’s signature quality of “panache” (ostentatious, almost foolhardy confidence) comes naturally to Alagna. Remember, he’s the tenor who stormed off the stage of La Scala ten minutes into performance of Aïda in response to boos from the audience, only to reappear a week later to serenade the venerable theater with the “farewell” aria from Madama Butterfly.

Alagna depicted Cyrano’s panache both in early scenes, when he sang a long and tricky aria while sword-fighting with a stageful of stuntmen, and in the poignant finale, when the wounded hero refuses medical attention so he can keep a standing appointment with his beloved Roxane to share royal court gossip.

Here Alagna was particularly touching, as he slimmed his voice down to a whisper and his movements down to a series of lurches that somehow still recalled the joyous athleticism of earlier scenes. This Cyrano remained flamboyant even as the fire within him dwindled to an ember.

His gallantry continued even into the curtain calls, when Alagna gently pushed forward soprano Jennifer Rowley (Roxane) for an impromptu solo bow. She deserved every “brava” for her heartfelt and generous performance.

Though she is not a “natural” Roxane—neither her voice nor her appearance is innately glamorous—she is a superb artist. Her clear, bright soprano blooms on top with a lovely shimmer, and she has one of the most expressive faces in the opera business today.

Rowley is in any case an attractive woman, but in the scene of Cyrano’s serenade, her rapturous face took on the goddess-like beauty of a Marion Cotillard.

As the beauteous Christian, tenor Atalla Ayan rivaled Alagna in singing fervor and looked appropriately pouty, despite a ratty wig I think I last saw on Rachel Griffiths in When We Rise.

Conductor Marco Armiliato continued to demonstrate his flair for making mediocre music sound important, and Francesca Zambello’s production looked handsome enough, even if it seemed like Alagna was making up his blocking on the fly.

This Cyrano may lack the razzle-dazzle of other presentations currently in the Met’s repertoire like Der Rosenkavalier and Der Fliegende Holländer, but it’s a perfect cherry on the cake of the company’s best season in years. 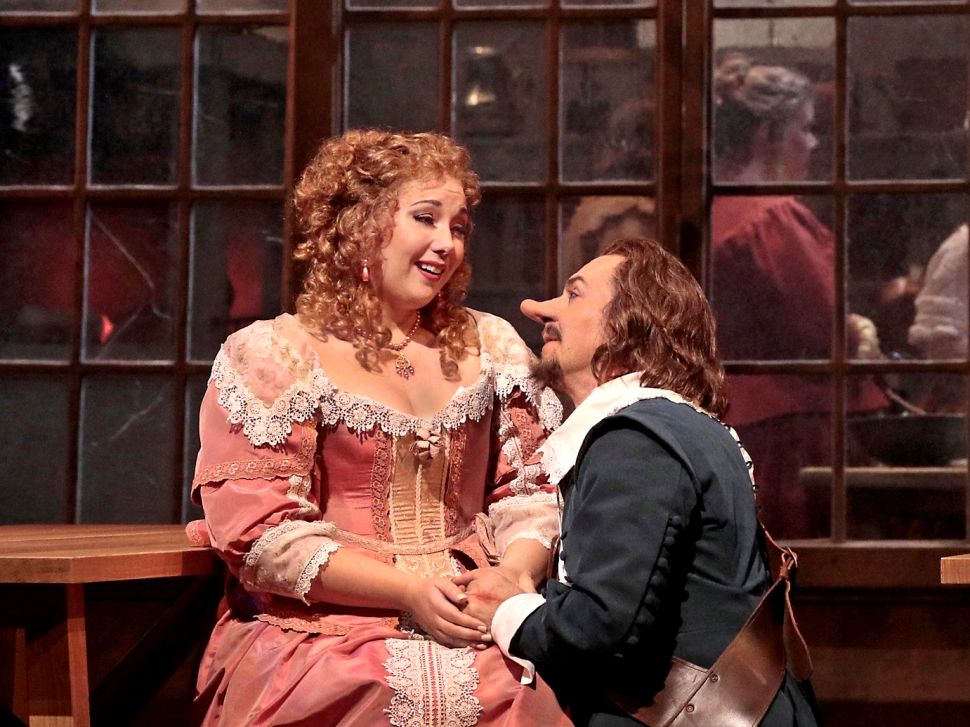