In case you were looking for something new to be stressed about today, we can now officially add “a real life giant who feels he was robbed of the World’s Strongest Man title” to the list. Hafthor Bjornsson, known to Game of Thrones fans as Gregor “The Mountain” Clegane or “that guy who smashed Oberyn Martell’s head with his bare hands,” came in second place to Eddie “The Beast” Hall in the 2017 World’s Strongest Man Competition over the weekend. Bjornsson and Hall would have tied, but a referee took a rep away from the runner-up, claiming he “double-dipped” during the Viking Press.

I would like to take this moment to reflect on the fact this man lifted 700 pounds above his head 15 times and only lost on a technicality. I would like to ponder what would happen to my fragile bird bones if I even stubbed my toe on a 700-pound object, much less tried to lift it. I would like to imagine the amount of horrifying, veiny rage we’re dealing with in this situation, and then I would like for someone other than me to check on the safety and well-being of that referee. Okay, moving on.

Bjornsson himself wrote and eventually deleted an Instagram post that read “This weekend I was robbed. The integrity of my beloved sport is in question.” Then, after raiding the nearest small village and eating the local baker’s entire stock of bread (I’m assuming), the strongman wrote a more diplomatic post.

Really proud of my effort in the Viking Press at The Worlds Strongest Man. I completed 15 reps but the referee took the last rep away from me. They say I double dipped. This would have been equal first place with Eddie Hall, which would have scored me one point higher. I know it's only one point, but sometimes one point can change the game completely. Strongman fans out there what do you think? 🤔

I would now like to pause again and discuss how many times we think Bjornsson had to hit his phone’s keyboard with his monstrous fingers before getting the correct 🤔 emoji. I’m going to set the over-under at 16 times. I have to think this is a problem not just for him, but for all strongmen, and we as a society should focus on it more. 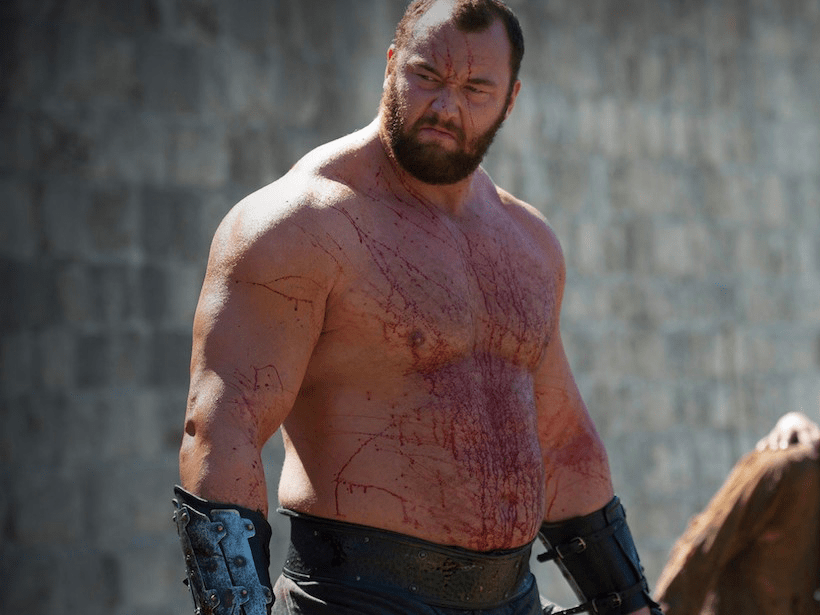