“Is that how you talk to your therapy patients?” a Facebook friend DM’ed me after I told him to stop posting inflammatory political commentary on my wall or I’d block him.

I responded, “You’re not my patient. I don’t have to consider your feelings ahead of mine. I’ve asked you nicely a few times to stop but you haven’t, so I’m laying down an ultimatum.”

“Wow, you’re some therapist,” he cyber-sniffed.

I am ‘some therapist.’ I take my work very seriously and do the best I can, but in my off hours I am entitled to express all my colors. These can include hues of anxiety, depression, annoyance, jealousy, and large heapings of snarkiness.

My Facebook connection isn’t the only one disappointed that, in her private life, a clinician exhibits less than stellar mental health. Recently, during a phone conversation with a friend, I expressed half mockingly my certainty that an upcoming medical test would find something wrong. She said, “Sherry, you’re a therapist! Shouldn’t you have a healthier attitude?” I explained, “Before I was a therapist I was a regular person with issues, and I’m still a regular person with issues.”

As a child of holocaust survivors I inherited what has been termed intergenerational trauma. Along with nutrients, my mother’s milk fed me depression, expectations of negative outcomes and anxiety. I was drawn to becoming a healer because of my intimate connection to suffering. Possessing awareness of the potentially calamitous effects of  ‘boogeymen’ like emotional paralysis, poor self-image and distorted thinking, I seek to help others shine a clearer light into their psyches.

I don’t luxuriate in personal neurosis at my patients’ expense. I’ve put in my time on the couch. Carl Jung has rightly warned, “Only if the doctor knows how to cope with himself and his own problems will he be able to teach the patient to do the same. Only then.”

Since becoming a therapist I’ve witnessed the stranglehold psychological demons have on so many, and how bravely people fight those demons while at the same time feeling ashamed of what they term their weakness. I’ve seen how prevalent it is to feel insecure, frightened and emotionally needy—and what an effort it can be for depression sufferers just to rise from bed in the morning. Bearing witness over and over to the trauma of others has helped me better deal with my own. We’re in this together. Humans are innately imperfect, yet more resilient than we imagine.

It’s dangerous to think of healers as paragons. Countless religious leaders have proven themselves unworthy of blind faith. So it is with therapists. People come to shrinks at their most vulnerable. Whenever there is a perceived ‘imbalance of power’ there is an opening for unscrupulous behavior. That is part of the reason I created my anthology, HOW DOES THAT MAKE YOU FEEL? True Confessions from Both Sides of the Therapy Couch. The book features 34 essays showcasing the shared humanity from the perspective of both the ‘shrink’ and the ‘shrunk.’  In other words, the good, the bad and the ugly. One writer disclosed how much she hated her terminally narcissistic patient and was secretly thrilled when ‘Marcelle,’ as she called her in the piece, terminated treatment. Another writer confessed it took her years to realize that the therapist her parents sent her to as a 16-year-old had been sexually inappropriate and should have lost his license, if not his freedom.

I believe the majority of shrinks are ethical and empathetic, and try to uphold certain standards in their private lives. For example, I will fight the impulse to shout at a rude audience member making a ruckus in a movie theater (everyone has a camera these days). But I won’t censor myself in a private message to a rude Facebook friend or hide behind my therapist persona when dealing with people who don’t pay me for my ‘wisdom’ or listening ear.

Being sane doesn’t mean being saintly, but rather accepting my ‘inner crazy.’

Sherry Amatenstein, LCSW is a New York-based therapist and the editor of the new ‘shrink’ anthology: How Does That Make You Feel? True Confessions from Both Sides of the Therapy Couch 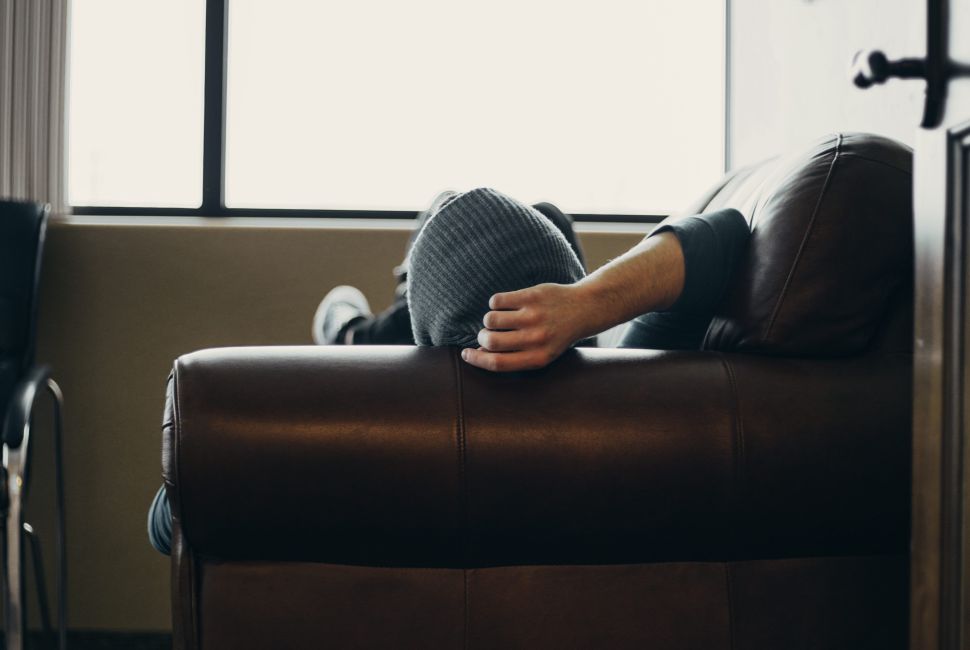