During the first day of the convention, California Democratic Party chair John Burton yelled at protesting nurses to “shut the fuck up and go outside.” Burton condescendingly told the protesters, “There’re some people who have been fighting for that issue before you guys were born.”

The California Democratic establishment, like the national party leadership, has favored corporate and wealthy donors, undermining pushes for a single payer health care system that would provide Americans with health care—not just health insurance. Eric Bauman, the California Democratic Party vice chair and candidate to succeed Burton as the Party’s chair, received $12,500 a month from the pharmaceutical industry to fight Proposition 61, which would “cap the price that any state agency or care program could spend on prescription drugs at what the federal Department of Veterans Affairs pays.” Bauman received these payments while earning a six-figure salary as an adviser to California Assembly Speaker Anthony Rendon. Proposition 61 failed to pass in November 2016 after the pharmaceutical industry spent millions of dollars opposing it.

During a rally at the state capitol, National Nurses United Director RoseAnn Demoro told supporters not to wait for establishment Democrats to take the lead on healthcare and making medicare for all a reality. “They cannot be in denial anymore that this is a movement that can primary them.”

DNC Chair Tom Perez spoke at the California Democratic Party Convention, offering the same meaningless rhetoric and platitudes that have incited boos, protests, and criticisms of his ability to lead. “We make sure that health care is a right for everyone,” Perez claimed. “And not a privilege for a few.”

Despite his claim, Perez and the Democratic Party leadership refuse to support Medicare for All, insisting Obamacare just needs a few improvements. Obamacare does not ensure health care as a right, but rather serves to maximize benefits to the pharmaceutical and health industries. Perez claims the Democratic Party supports providing health care to all Americans, but is unwilling to support the policies that will actually do so. After pandering to protesters on the issue and jokingly comparing their presence to infighting at Thanksgiving dinner—a stark change from his constant affirmations that the party is united—Perez reverted to the Democratic go-to in lieu of championing stances on actual issues.

“We have a president…I don’t know who it is, Putin, or Trump,” Perez said to an uninspired crowd. “They’re in a bromance. This is really weird.” On May 20, House Minority Leader Nancy Pelosi, who also doesn’t support single payer health care, focused her speech at the California Democratic Party Convention on Russia as well.

In contrast, at a rally for Bernie Sanders supporters at the State Convention hosted by the National Nurses United on May 19, former Ohio State Senator Nina Turner explained the need for the Democratic Party to address the issues impacting working, middle class and low income Americans. “We need to deal with income inequality, racial justice, but Dems only want to talk about Russia!” she said on Twitter. “We need a party that stands up for people & doesn’t fake it. In the words of Janet Jackson ‘What have you done for me lately?'” 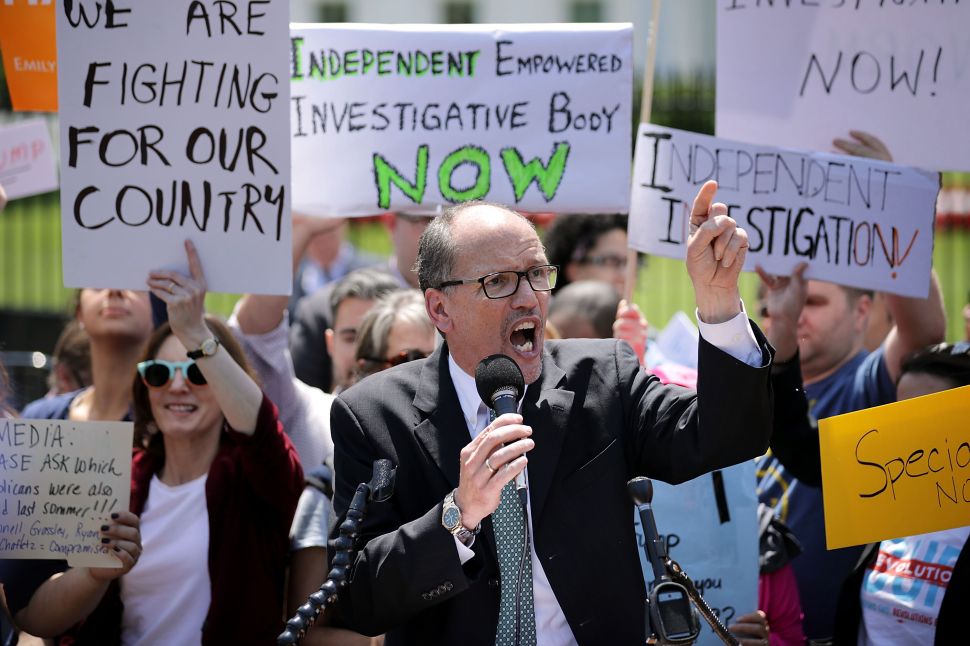