Michael Muller, the political strategist who had been running all legislative races for New Jersey Democrats this year, has resigned from a political committee run by Assembly Speaker Vincent Prieto and taken his whole staff with him.

Prieto (D-Hudson) assumed control over the spending, payroll and hiring decisions of the Democratic Assembly Campaign Committee last week. That move made Muller more of a figurehead than a strategist after running the group successfully for 15 years and posting wins every cycle, including during the Obama years, in which Democrats lost nearly 1,000 state legislative seats and 31 chambers.

In a fight for his political life, Prieto is facing a challenge for the speakership in next year’s leadership elections from Assemblyman Craig Coughlin (D-Middlesex), who has released a list of supporters showing him with the edge over Prieto if Democrats perform as expected in the November elections, when all 120 legislative seats will be on the ballot along with the governor’s race.

But three incumbent Democrats on Coughlin’s list are in close races, and one way for Prieto to retain the speakership involves them losing to Republicans, making the DACC move a subject of intense speculation over the weekend. The committee has been a key financial resource for Democratic candidates in close races; by law, it can collect $25,000 from individuals, which is a much higher limit than for candidate committees.

The DACC moves and countermoves showed disarray among Democrats ahead of a big election season, setting up two rival camps to back Democratic Assembly candidates in the fall, although, without Muller’s staff, it’s unclear how Prieto will make use of the DACC now other than by being able to redirect the $35,000 it had in the bank as of last week. A spokesman for Lt. Gov. Kim Guadagno’s campaign for the Republican nomination for governor, Ricky Diaz, tweeted a link to a story about Muller’s resignation and added, “Trouble in paradise.”

“Speaker Prieto will be meeting with candidates for the executive director position and other staff and consultant roles over the next few weeks and he fully expects to have the committee operating well in advance of the general election,” said a spokesman for Prieto, Phil Swibinski.

As first reported by Observer, Muller’s wife is Carol Murphy, a Democratic Assembly candidate from South Jersey who endorsed Coughlin’s bid for speaker two days before Prieto took over the DACC. On the same day Prieto told Muller he was being sidelined, the speaker also removed Assemblyman Gordon Johnson (D-Bergen), a Coughlin supporter, from a committee chairmanship in the Assembly.

Muller said he told Prieto on Wednesday morning that he was resigning and taking his entire team to Senate Democratic Majority, a similar committee Muller already ran that focuses on state Senate races but can also work on Assembly contests.

“The mission isn’t going to change,” Muller said in an interview. “We’re going to be running the Senate races, and at the same time, we’re going to be assisting the Assembly candidates in targeted districts so that they’re not left on the side of the road.”

Muller said he would “definitely be open to returning” to the DACC under a new speaker next year and had some pointed words for Prieto.

“I’ve struggled to find merit in your move to seize financial control and restrict my authority spanning 15 years, especially since your political committee has not written a check to support the Democratic Assembly Campaign Committee since 2015,” Muller wrote in a letter of resignation.

The last straw, Muller wrote, was Prieto’s decision to not run the payroll over the holiday weekend, which meant staffers did not get their paychecks on Tuesday. Muller accused Prieto of violating labor protections and said he was disturbed to find out Tuesday that Prieto had closed out the DACC bank account last week, taking nearly $35,000 in campaign funds.

“As chairman of the Democratic Assembly Campaign Committee, Speaker Prieto simply requested basic information and transparency about staffing and expenses so that he could review them and ensure that they met his expectations for the committee’s activities,” Swibinski said in a statement. “Unfortunately, this information was not provided to the speaker and a meeting that had been scheduled yesterday to discuss these issues was canceled. Speaker Prieto accepts Mr. Muller’s decision to resign and plans to move forward with his goal of helping elect Democrats throughout the state who will join his fight for progressive values by utilizing DACC and any other means at his disposal to support their candidacies.”

Muller said he was disturbed by leaks about his discussions with Prieto last week and by the speaker’s decision to impose a “litmus test” on Democratic candidates hoping to get the party’s financial support. “The internal politics should never trump the success of the party being able to win seats,” he said. 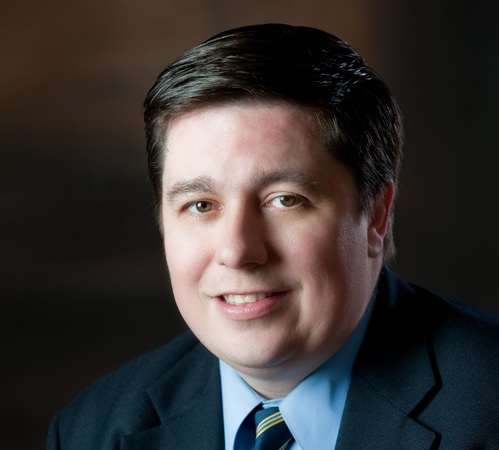