But the plan is built on faulty assumptions and a lot of deficit spending, said Robert Shapiro, who as under secretary of commerce for economic affairs was the architect of President Clinton’s 1992 economic program. “The economic claims are almost all incorrect—or nonsense,” Shapiro said in an interview with the Observer.

The Reality of Corporate Tax Rates

In addition to reducing the number of individual tax brackets from seven to three, and reducing the top personal tax rate to 35 percent, the White House proposal recommends cutting the business tax rate by more than half—from the current 35 percent corporate tax rate down to 15 percent.

Advocates for corporate tax cuts say the U.S. has an exceptionally high corporate tax rate relative to other advanced nations. Those who make that case, Shapiro said, contend that high corporate tax rates compromise American economic competitiveness. However, there’s a difference between what companies pay on additional dollars of income, their marginal tax rate and the percent of total profits they pay in taxes, their effective tax rate. “The fact is that while we do have a very high marginal rate: The average effective rate, according to the GAO, is 14 percent, which is in line with or lower than the effective rates in other advanced countries,” Shapiro said.

“It’s clear it hasn’t impaired U.S. competitiveness—because the rate of return on business investment in the United States is the highest of any advanced country with the exception of Australia; similarly, the productivity of the U.S. private sector is higher than any other advanced country with the exception of Norway,” Shapiro added. “There is no evidence that this [current] tax regime is in any way impairing the performance of the American economy or the performance of American business.”

Not Paid for? That’s Not a Bug—That’s a Feature

One of the main charges leveled against the proposal, particularly by deficit hawks fearing a growing national debt, is that Trump’s tax plan will increase deficit spending.

Shapiro maintained that borrowing money is, in fact, the key driver of the plan: “The proposal has been criticized because it’s not paid for. In my view, that’s the whole point of the proposal.”

He sketched out a compelling case: The U.S. economy grew less than 1 percent in the first quarter. In July, the current expansion will be nine years old, which will make it the second longest economic expansion in American history. He estimates that the likelihood that this expansion will continue until the end of Trump’s term is very slim. And, the odds of the expansion continuing through the end of Trump’s term without stimulus are, in Shapiro’s view, “virtually nil.”

“One of the main points of this proposal is stimulus for the 2018 election,” said Shapiro, who also served as an adviser to the International Monetary Fund and former British Prime Minister Tony Blair. “The only form of stimulus that Republicans will accept is tax cuts—preferably for high income people and businesses.”

Is the Proposal a Political Diversion?

“One other interpretation,” said Shapiro, “is that the proposal they came up with is mainly a shiny object—designed to suppress or rechannel the news story of the first 100 days…[Trump] has no legislative achievement. And he has substantial setbacks—both from the courts and from Congress…So what’s the basis of this, beyond the fact that we are now talking about this big initiative rather than the absence of achievement? The particular plan, for technical reasons, could never be enacted.”

The “technical” reason to which Shapiro referred is a statutory mandate that requires all tax plans to meet additional conditions under certain legislative procedures. Since the current plan would be highly unlikely to pass the Senate, the bill would need to go through the budget reconciliation process in both houses of Congress. Reconciliation would allow the tax plan to pass by a simple majority in the Senate and would not be subject to filibuster.

However, the budget reconciliation procedure mandates deficit neutrality beyond a 10-year period—a hurdle that any plan based on the preliminary outline provided by the White House would seem unlikely to clear.

Ash Bennington is a former CNBC reporter and the former editor-in-chief of economist Nouriel Roubini’s macroeconomics blog. He was a Vice President of e-Commerce at BB&T; prior to BB&T, he held the title Assistant Vice-President & Technical Expert at Credit Suisse.  His work has appeared in The Christian Science Monitor, TheStreet.com, BusinessInsider, ZeroHedge, and Yahoo. 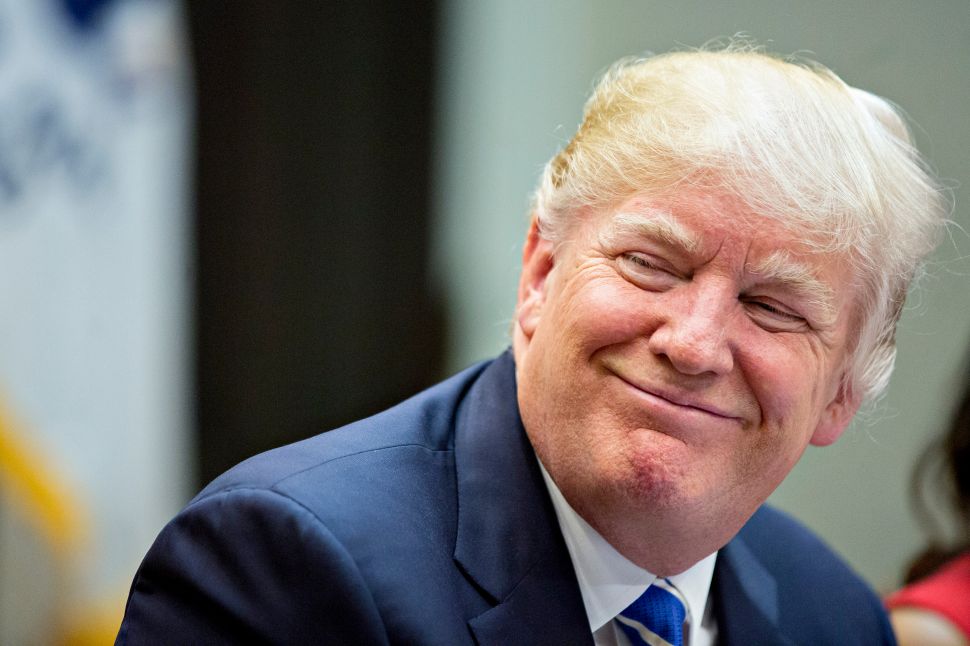