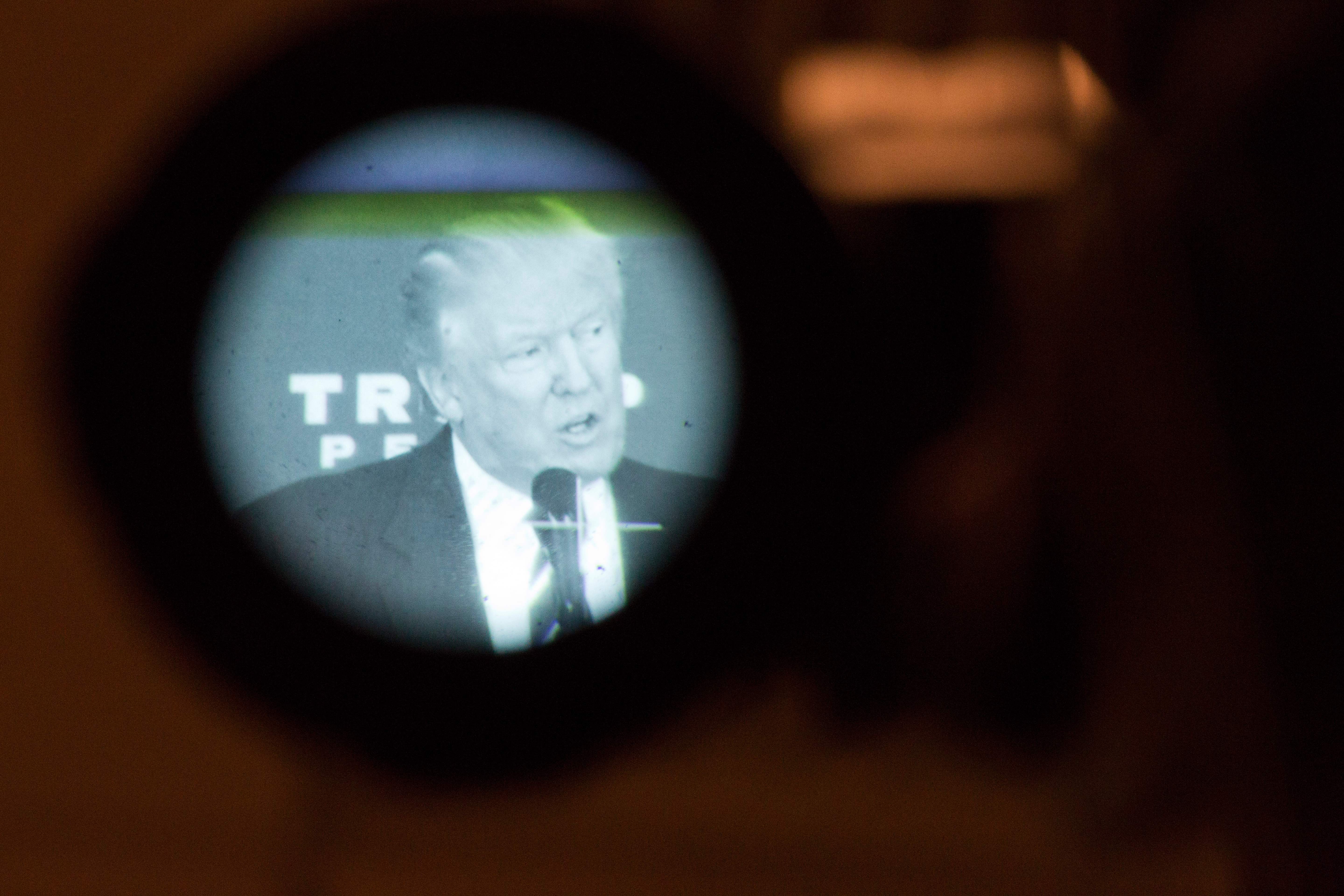 Donald Trump is seen through a TV camera eyepiece as he speaks at a private gathering in 2016. DOMINICK REUTER/AFP/Getty Images

Trump will most likely be re-elected in 2020.

How can both of these statements be true? Here’s how:

Even when people are unhappy with a state of affairs, they are usually disinclined to change it. In my area of research, the cognitive and behavioral sciences, this is known as the “default effect.”

Software and entertainment companies exploit this tendency to empower programs to collect as much data as possible from consumers, or to keep us glued to our seats for “one more episode” of a streaming show. Overall, only 5 percent of users ever change these settings, despite widespread concerns about how companies might be using collected information or manipulating people’s choices.

Franklin D. Roosevelt was elected to four consecutive terms as president of the United States, serving from the Great Depression to World War II. To prevent future leaders from possibly holding and consolidating power indefinitely, the 22nd Amendment was passed, limiting subsequent officeholders to a maximum of two terms.

Eleven presidents have been elected since then.

Even the three single-term aberrations largely underscore the incumbency norm.

Since 1932, only once has a party held the White House for less than eight years: the administration of Democrat Jimmy Carter from 1976 to 1980.

Therefore, it’s a big deal that Trump is now the default in American politics. Simply by virtue of this, he is likely to be reelected.

Trump won his first term despite record low approval ratings, triumphing over the marginally less unpopular Hillary Clinton. He will probably be able to repeat this feat if necessary.

The president continues to enjoy staunch support from the voters who put him in the White House. He has raised millions of dollars in small donations for reelection, pulling in twice as much money as Barack Obama in his first 100 days. And he’s already putting that money to use running ads in key states that trumpet his achievements and criticize political rivals.

Although most don’t like or trust Trump, polls show he seems to be meeting or exceeding Americans’ expectations so far. In fact, an ABC News/ Washington Post survey suggests that if the election had been held again in late April, Trump would have not only won the Electoral College, but the popular vote as well – despite his declining approval rating.

As a function of the default effect, the particular seats which happen to be open this cycle, and Republican dominance of state governments which has allowed them to draw key congressional districts in their favor – it will be extremely difficult for Democrats to gain even a simple majority in the Senate in 2018. The House? Even less likely.

Due to the default effect, what matters most is not how the public feels about the incumbent, but how they feel about the most likely alternative.

Carter didn’t just have low approval ratings, he also had to square off against Ronald Reagan. “The Gipper” was well-known, relatable and media-savvy. Although the Washington establishment largely wrote off his platform with derisive terms like “voodoo economics,” the American public found him to be a visionary and inspirational leader – awarding him two consecutive landslide victories.

Trump’s opposition is in much worse shape. The Democratic Party has been hemorrhaging voters for the better part of a decade. Democrats are viewed as being more “out of touch” with average Americans than Trump or the Republicans. Yet key players in the DNC still resist making substantive changes to the party’s platform and strategy. Hence it remains unclear how Democrats will broaden their coalition, or even prevent its continued erosion.

Trump is not likely to follow in Carter’s footsteps. Other modern precedents seem more plausible.

For instance, Truman had an approval rating of around 39 percent going into the 1948 election, yet managed to beat challenger Thomas Dewey by more than two million in the popular vote, and 114 in the Electoral College. The president had been holding raucous rallies in key states and districts, growing ever-larger as the race neared its end. However, the media disregarded these displays of support because his base was not well-captured in polls. As a result, his victory came as a total surprise to virtually everyone. Sound familiar?

One could also look to Trump’s harbinger, Richard Nixon. Throughout Nixon’s tenure as president, he was loathed by the media. Temperamentally, he was paranoid, narcissistic and often petty. Nonetheless, Nixon was reelected in 1972 by one of the largest margins in U.S. history – winning the popular vote by more than 22 percentage points and the Electoral College by a spread of over 500.

Of course, Nixon ultimately resigned under threat of impeachment. But not before he radically reshaped the Supreme Court, pushing it dramatically rightward for more than a generation. Trump is already well on his way in this regard.

And like Nixon, Trump is unlikely to be impeached until his second term, if at all.

Nixon faced impeachment because, even after his landslide reelection, Democrats controlled both chambers of Congress. Clinton was impeached in 1998 by a Republican-controlled House, but was acquitted in the Senate because the GOP controlled only 55 seats.

Without massive Republican defections, Democrats will not be in a position to impeach Trump, let alone achieve the two-thirds majority required in the Senate to actually remove him from the Oval Office. The 2018 elections will not change this reality.

In other words, we can count on Trump surviving his first term – and likely winning a second.

Consider the example of George W. Bush, who, like Trump, assumed the presidency after losing the popular vote but taking the Electoral College. His tenure in office diverged wildly from his campaign commitments. He was prone to embarrassing gaffes. He was widely panned as ignorant and unqualified. Forced to rely heavily upon his ill-chosen advisors, he presided over some of the biggest foreign policy blunders in recent American history. Many of his actions in office were legally dubious as well. Yet he won reelection in 2004 by a healthy 3.5 million votes – in part because the Democrats nominated John Kerry to replace him.

Without question, Kerry was well-informed and highly qualified. He was not, however, particularly charismatic. His cautious, pragmatic approach to politics made him seem weak and indecisive compared to Bush. His long tenure in Washington exacerbated this problem, providing his opponents with plenty of “flip-flops” to highlight – suggesting he lacked firm convictions, resolve or vision.

If Democrats think they will sweep the 2020 general election simply by nominating another “grownup,” then they’re almost certainly going to have another losing ticket.

For Trump to be the next Jimmy Carter, it won’t be enough to count on his administration to fail. Democrats will also have to produce their own Ronald Reagan to depose him. So far, the prospects don’t look great.

Musa al-Gharbi is the Paul F. Lazarsfeld Fellow in Sociology at Columbia University. This article was originally published on The Conversation. Read the original article. 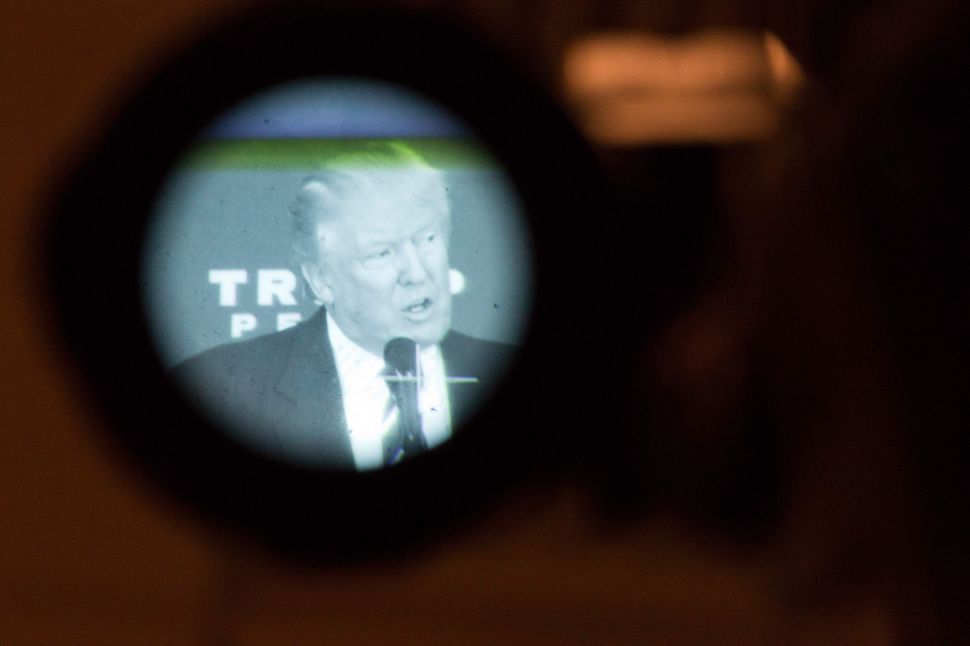