Turkish courts upheld the state ordered ban of Wikipedia on Friday, according to Voice of America. The crowdsourced encyclopedia has been inaccessible in Turkey since the end of April, as The Washington Post reported, since the administration of Recep Tayyip Erdoğan declared it a threat to national security.

In response, hacktivists have made a copy of Turkish Wikipedia and posted it online using a new way of addressing web content called the InterPlanetary File System, or IPFS. The Turkish government can’t block this copy of Wikipedia because the format uses a slew of open source technology to change the way our browsers retrieve data. It’s a decentralized system, which allows the same set of data to live in multiple places while still enabling browsers to find any one of them with only a single address.

Turkey was able to block Wikipedia because the site has an address that goes to a real place (that place is a server), so if they block the wires that lead to that place, they can block the site. IPFS doesn’t address data with a location, it addresses it by identifying the content itself. The system goes out and finds the nearest copy of that content. Block access to one copy, and it will just find another copy.

In a talk at TEDxSan Francisco, Juan Benet, the originator of IPFS, explains the shortcomings of the current way we address content on the web using the example of a physical library.

“Imagine we could only reference books by the physical location of one copy,” he says. So, in other words, you want to read To Kill a Mockingbird. You go to look it up and the file catalog tells you that the only place you can find the book is in one library, in one room, against one wall and at the end of one shelf. When you go there and it’s not there, you’re out of luck.

Of course, you didn’t care about reading that exact copy of To Kill a Mockingbird. You’d be happy to read any copy. That’s what the IPFS does online. It encourages copies to live on lots of servers, and the internet works better when data doesn’t have to retrieved from far away. It also knows how to verify that each copy is exactly the same, that not one bit of data has been changed.

We previously reported on a recent Spotify acquisition, Mediachain, that used similar technology to track the attribution of online content.

Pages change online all the time, but that’s fine too. IPFS also knows how to keep track of versions of a file. It can show you the latest update of a page, but it can also find prior versions. Version control is a critical aspect of how Wikipedia works as well, and it was key when we dug into the whitewashing of the entry concerning a noted 80s banking crook.

It isn’t just state actors that can block our access to content. The current addressing system is vulnerable to large scale denial-of-service attacks. Even though most of these attacks aren’t able to take down sites or can’t do it for long, they still end up costing service providers money, costs that they then forward on to us.

In a decentralized system, it would be very complicated to pull off a DDoS attack against every copy of a site, and even if an attacker found every copy, the publisher could just make more. It gives the good guys a way to go on the offensive.

“The internet is the planet’s most important technology,” Benet says in his talk, and he believes it can work better. This demonstration with a cached copy of a recent version of Turkish Wikipedia is a good early test.

Find the first copy the IPFS team posted here. If updated versions are saved, the latest copy can always be found here. There are lots of other ways to find these files right now, though most of the others require some help from technical friends, but software to enhance the system’s usability should be in the field very soon.

Moving forward, the IPFS developers hope to create a read/write version of Wikipedia, so the encyclopedia can function on IPFS the same way it does on HTTP now, permitting anyone who finds it to edit its content.

Which would also mean that no one could stop users from editing the site either, making its information nearly impossible to hide. 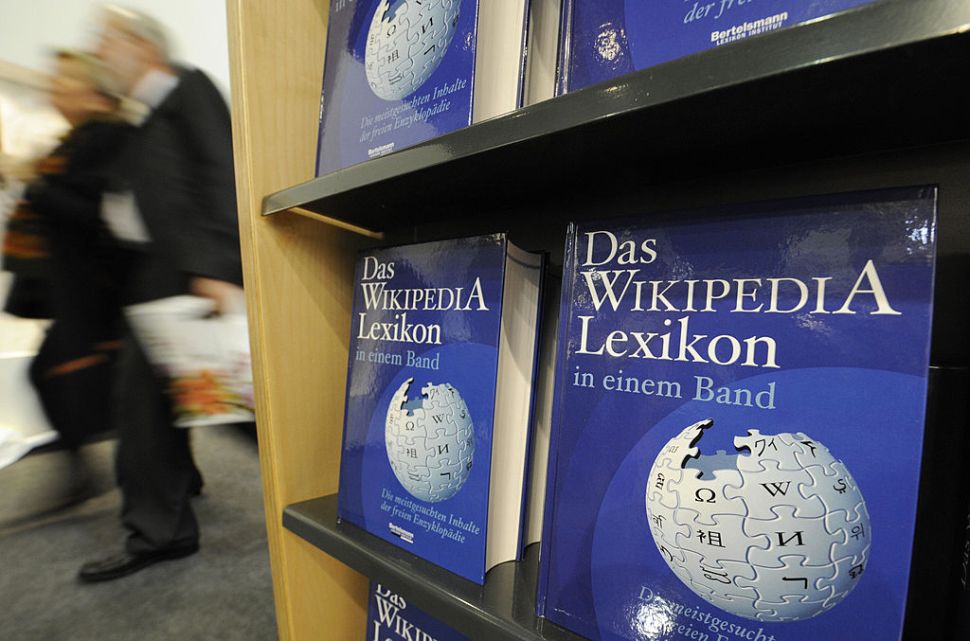