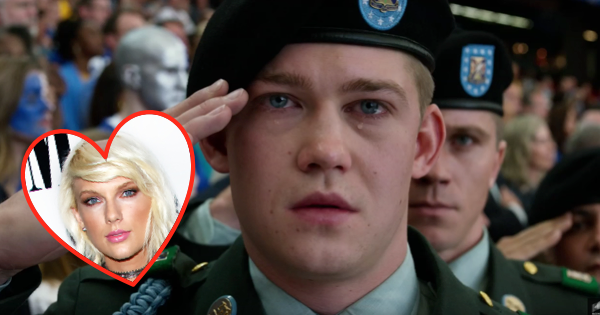 According to frenzied news reports, Taylor Swift is dating British actor Joe Alwyn, from which we can infer a few things:

Joe Alwyn, who is 26 and adorably still lives with his parents, has three IMDB credits: the upcoming film The Favourite (about Queen Anne, co-starring Swift Squad-member Emma Stone), The Sense of an Ending (a small British-American drama released earlier this year) and, of course, Billy Lynn’s Long Halftime Walk.

If you haven’t seen Billy Lynn’s Long Halftime Walk, you’re in the majority: the film—which received mixed reviews from ctitics—was a box office bomb. But, apparently,  not in Taylor Swift’s heart.

Although most critics found the film uneven, maybe Taylor Swift was wowed by its innovative visuals and moved by the understated performance from Kirstin Stewart. No doubt she was able to overlook a thinnish screenplay and immersed herself in the story of soldiers returning from war and their struggles with PTSD.

While most audiences were indifferent to Ang Lee’s more-grounded follow-up to Life of Pi, the same cannot be said of international pop star Taylor Swift who, I can only assume, appreciates the director’s auteur approach to creating a visual language on the screen with abstract imagery.

Best of luck to the happy couple! 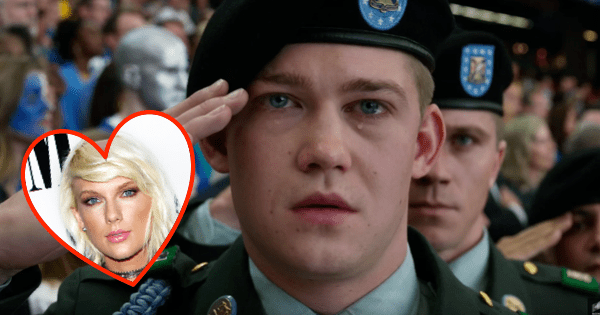