In one of the more controversial cases of the term, the U.S. Supreme Court heard an oral argument last month in a police shooting case that will decide when victims may recover civil damages through excessive-use-of-force claims.

In 2016, more than 500 people were killed by law enforcement officers across the country. In many cases, the actions of police are undeniably justified, and the incidents never even make the local news. However, several high-profile cases have caused national public outcries and made officer-involved shootings a frequent topic of debate.

The case before the Supreme Court, County of Los Angeles v. Mendez, involves a debate about when victims may recover civil damages through excessive-use-of-force claims. The specific question is whether pre-shooting conduct should be considered in determining the reasonableness of the force used by police.

A jury awarded Angel and Jennifer Mendez $4 million for injuries sustained at the hands of two Los Angeles County sheriff deputies. The couple was living in a wooden shack on a friend’s property when the deputies entered the backyard while searching for an armed fugitive. Without a warrant, the officers broke down the door of the shack. After pulling back a curtain, the deputies saw the silhouette of a man holding what appeared to be a rifle pointed at them.

They fired 15 shots in total, only later discovering that Angel Mendez was in the process of moving a BB gun when the door opened. He required amputation of his right leg below the knee, and his wife was shot in the back. The Mendezes sued the officers under Title 42, Section 1983 of the U.S. Code, alleging a violation of their Fourth Amendment rights.

The Fourth Amendment protects individuals from being subjected to excessive force while being arrested or stopped by police. In Graham v. Connor, the Supreme Court held in 1989 that excessive-force claims should be analyzed under the Fourth Amendment’s “objective reasonableness” standard. The court further clarified that reasonableness “must be judged from the perspective of a reasonable officer on the scene, rather than with the 20/20 vision of hindsight,” and that the decision-maker must consider “that police officers are often forced to make split second judgments — in circumstances that are tense, uncertain, and rapidly evolving — about the amount of force that is necessary in a particular situation.”

In Mendez, the 9th Circuit U.S. Court of Appeals found that the deputies acted reasonably in firing at the couple; however, it held that their actions leading up to the shooting erased their immunity. Under the 9th Circuit’s “provocation” rule, “an officer’s otherwise reasonable (and lawful) defensive use of force is unreasonable as a matter of law, if (1) the officer intentionally or recklessly provoked a violent response, and (2) that provocation is an independent constitutional violation.” In Mendez, the court found the “provocation” rule applied because police had violated the plaintiffs’ Fourth Amendment rights by conducting a warrantless search of their shed and failing to “knock and announce” their presence.

Los Angeles County and its officers argue that the Supreme Court should overturn the provocation rule. “The Ninth Circuit’s ‘provocation’ rule puts the lives of officers at mortal risk by imposing civil liability for a reasonable use of force,” their brief maintains. “An officer who has not used excessive force but who has nevertheless otherwise violated an individual’s constitutional rights, must refrain from defending himself even if his life is threatened or be held financially liable in a 42 U.S.C. § 1983 action.”

The U.S. Supreme Court previously expressed skepticism of the “provocation” rule in City and County of San Francisco v. Sheehan, a 2015 decision, noting that the doctrine has been “sharply questioned” by other circuit courts. The justices likely agreed to finally consider the issue directly to resolve the circuit split. It will be interesting to see if the Supreme Court limits its decision to the 9th Circuit rule or will finally answer the call to establish new rules of engagement for officers. 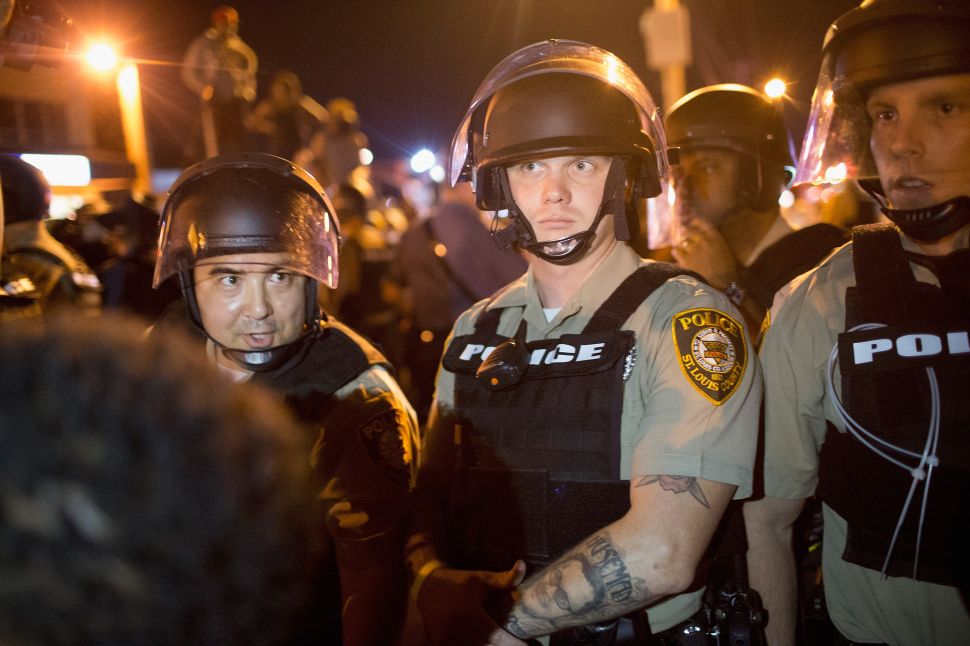