Just about three weeks after Susan J. Fowler published her blog post about the sexist treatment she received as an engineer at Uber, the company’s CEO Travis Kalanick spoke about what it means to be a just company at an all day tech event in Palo Alto. Uber’s engineering team published the video on YouTube last month, but somehow no one noticed it. First reported by Mashable, the hour long video only showed about 2,400 views when The Observer watched it this morning.

Kalanick had apparently been invited by his staff to come out and close the day with a Q&A session. The embattled CEO clearly had a lot on his mind and spent half his time going through a series of bullet points he’d written on the way over to foster discussion about a company what it takes to make a just company.

“Imagine if we could create the most just workplace in the world,” he asks rhetorically. “We would naturally be a magnet for all the great minds out there.”

Yet Kalanick’s bullet points for a just company are entirely inward looking, focused on the people who work at Uber. In fact, he only mentions drivers once, and it’s tough to decipher what he’s even saying at that point (we’ll get to that). Kalanick almost completely ignores the just company’s impact on the outside world, that is until he starts talking about Gandhi, Harriet Tubman and civil disobedience.

Uber is known for flouting regulators. Whether that’s quietly bypassing state taxi regulators in Pennsylvania or operating autonomous cars without a permit in California (or even trucks), the company is known to prefer going to court for forgiveness rather than asking bureaucrats for permission. Kalanick might be willing to go that far because he doesn’t think the world can wait for all the good Uber can do.

“Even before you get to self-driving vehicles, there’s just a huge amount of positive things that happen to cities when you do ridesharing,” Kalanick tells his audience, citing reductions in road deaths, air pollution and wasted time.

By scaling autonomous vehicles, “we aspire to no traffic at all in five years,” Kalanick says. “Trillions of hours are given back to people because they aren’t sitting in traffic anymore.”

It’s one of the points of real fervor for the entrepreneur in his talk. He really seems to believe that his company has it within its power to make urban areas work vastly better, but it’s the only time he talks about justice outside his company. The rest of the world didn’t get a bullet point in his slide deck, but it’s on his mind.

At one point he’s asked which historical figure he admires the most, and he starts talking about how he spent a while just reading founding father biographies because they remind him of entrepreneurs, but entrepreneurs of nations, not companies. Then he suddenly pivots to leaders more famous for the sides they took in nations’ internal struggles.

“I talk a lot about justice. I’m about it. I’m also about civil disobedience,” he says. He turns to figures known for resistance, such as Harriet Tubman, Gandhi and Martin Luther King, Jr. In their lives, he sees “just a lot of very interesting principled thinking and principled action, with a huge amount of risk.”

So does Kalanick think that Uber has such potential to make cities better that it’s committing civil disobedience when he steamrolls local government? That could explain why the company never seems to learn its lesson. Here’s the dangerous thing about setting out to make the world a better place: once a leader’s vision gets some traction, it becomes easy to justify antisocial behavior on the way to more.

Kalanick does not directly draw this thread, but everything in this video feels like it springs from the same well of recent thinking. Unlike Web 1.o and 2.0 success stories, Uber is not virtual. It uses the internet to direct real people in real cars to pick up strangers and drive them around, so Kalanick’s conception of the just company should include much more serious thinking about those people and places it directly impacts.

Uber drivers are its closest outsiders, yet Kalanick brings them up in one of the only parts of the session that’s hard to follow. He’s describing an Uber principle called “Own it, share it, action it.” He doesn’t explain it well, but he talks about things that staff might be attached to, such as, “being attached to drivers making a good living on Uber.” It’s not clear if he means that the person who feels that way needs to share that attachment and take action on it, or if he thinks attachments can prevent staff from understanding when they’ve made a mistake.

What we know is that Kalanick has appeared not to own an attachment to making sure drivers make a good living, as Bloomberg reported. The next time Kalanick goes before a camera and describes how Uber 2.0 will be as just as a company can possibly be, he should consider saying something about drivers, at least.

After all, the people inside the bubble described in the first draft of his vision are currently engineering away careers behind the wheel. 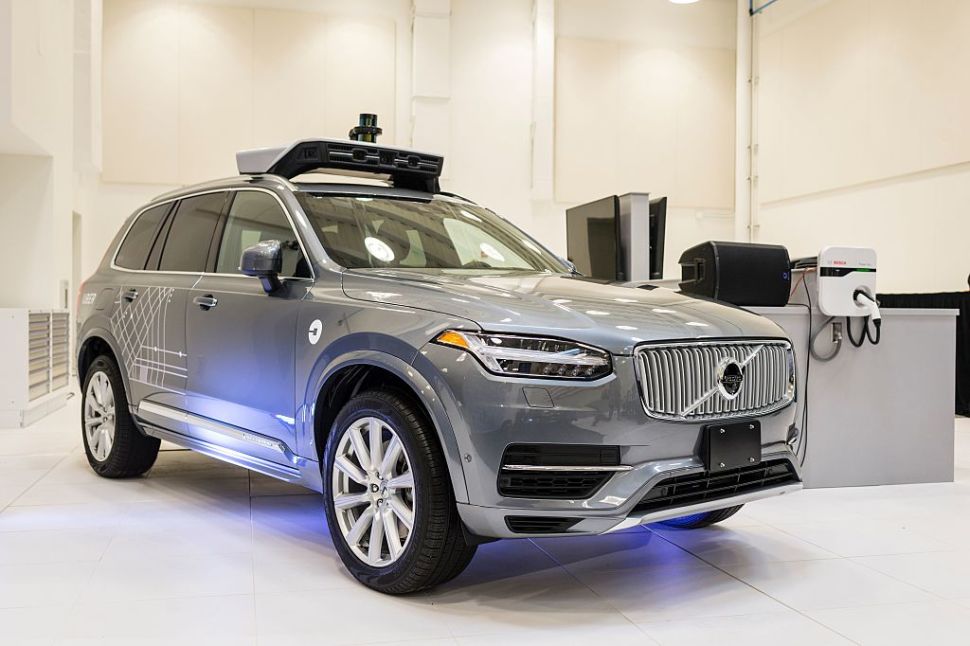