One of the many comedic issues the title character confronts on the new season of Unbreakable Kimmy Schmidt is her philosophy class, specifically the classic trolley problem. A runaway trolley is headed towards five people tied up on a set of train tracks. You can let the train go ahead and kill the quintet of victims, or pull a lever that would divert the trolley so only one person on an opposite track would die.

Having spent 15 years in a bunker, Kimmy knows nothing about the greater good and utilitarianism, so she has no clue how to proceed. But would it have been easier for her to make a decision if the problem were laid out on a smartphone screen?

According to a study published this week in the journal Computers in Human Behavior, the answer is, quite possibly, yes.

Researchers at City, University of London found that people are more likely to make a rational decision when a dilemma is presented on a smartphone as opposed to a PC. The main reason for this seems to be that smartphones focus user attention on a single task, while PCs allow for more outside information—by using multiple tabs, for example.

The British team experimented on 1,010 different people, who were assigned devices at random. They first presented them with the trolley problem, hypothesizing that participants using either device would opt to save five people.

Indeed, 80.9 percent of smartphone users and 76.9 percent of PC users chose to pull the lever (the utilitarian approach).

The results were a bit more spread out, however, when researchers added a new wrinkle to the equation: the so-called “fat man” problem (we didn’t come up with the name). In this version, the runaway trolley is again heading toward five people, while you and a fat man stand on a bridge overlooking the track. You can either push the fat man off the bridge onto the tracks below (stopping the trolley but killing the man) or let the train go ahead and kill the five people.

Participants seemed to struggle more with this iteration—33.5 percent of smartphone users chose to sacrifice the fat man, compared to 22.3 percent of PC users.

Dr. Albert Barque-Duran, the study’s lead author, noted that while smartphone interactions are “often assumed to be hurried,” the “gut feeling decision making” exhibited in the study showed that mobile users are more rational than PC users who take time to consider variables.

This data on “digital context” is especially important because a recent Nielsen report noted that adults in the United States consume media for 10 hours and 39 minutes every day on average.

“Due to the fact that our social lives, work and even shopping takes place online, it is important to think about how the contexts where we typically face ethical decisions and are asked to engage in moral behavior have changed, and the impact this could have on the hundreds of millions of people who use such devices daily,” Barque-Duran said in a statement.

So Kimmy, the next time you have an existential question pull out your smartphone to find the answer. That is, once you’re done watching “Bunny and Kitty.” 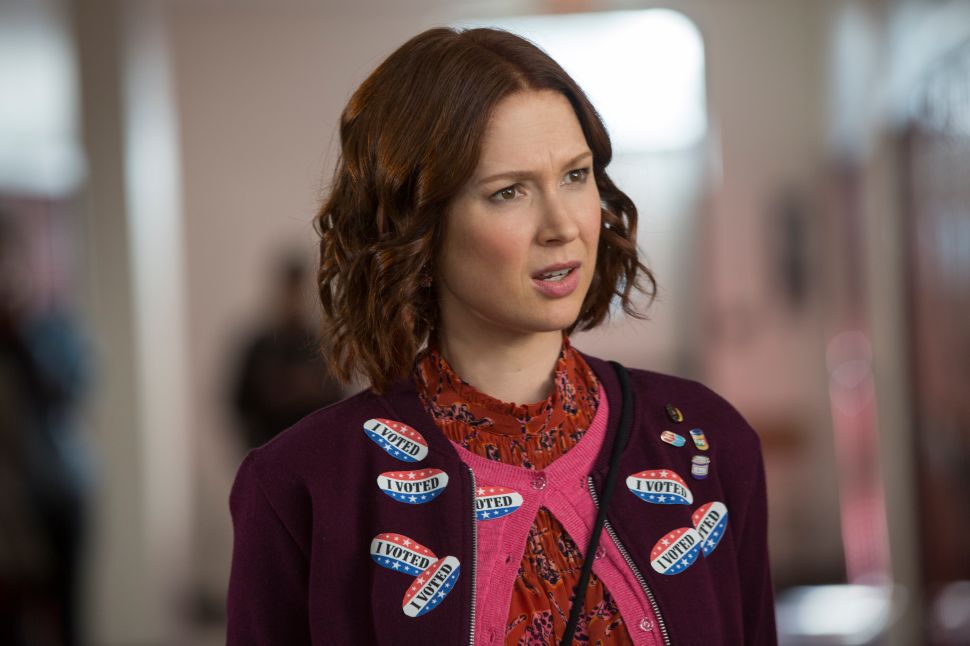