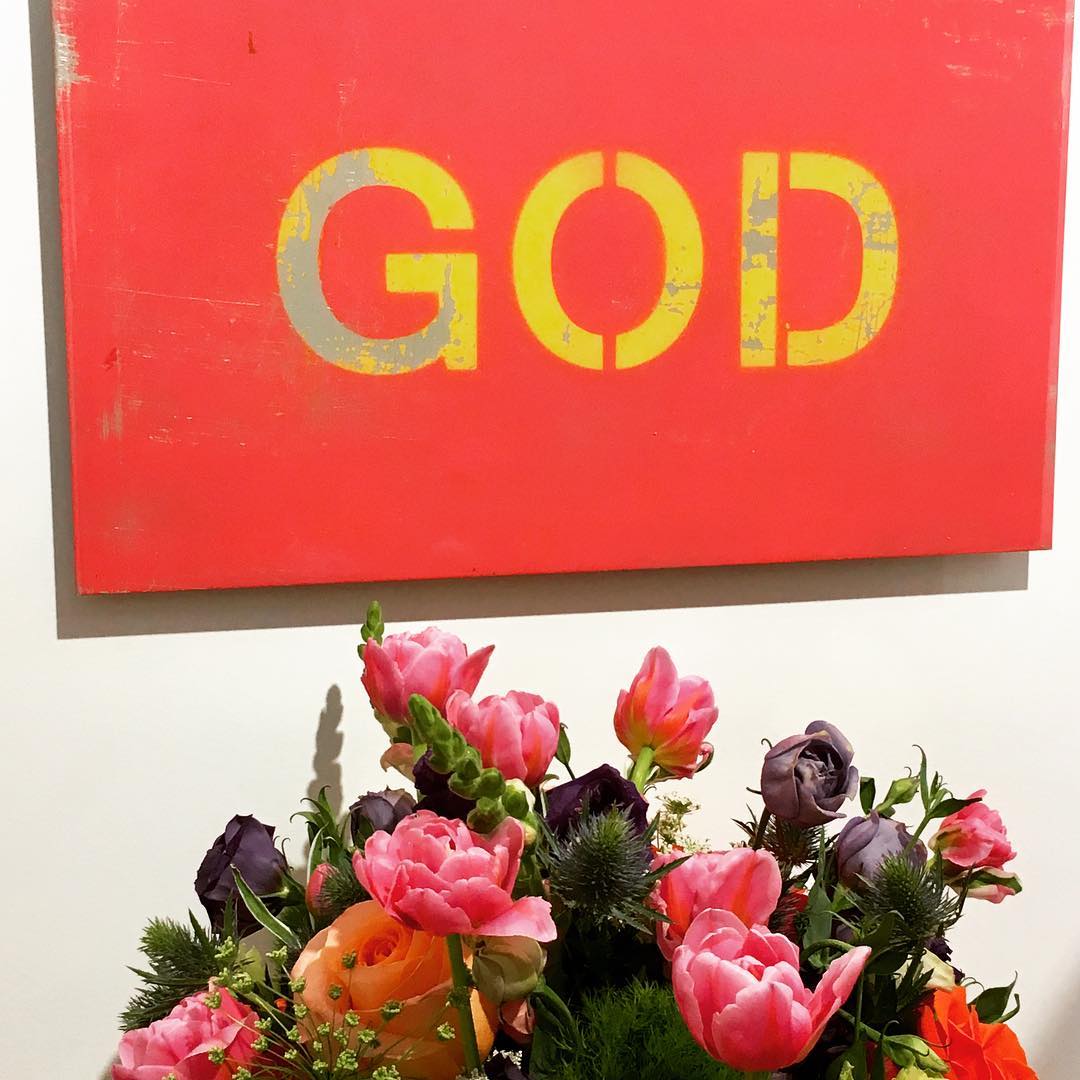 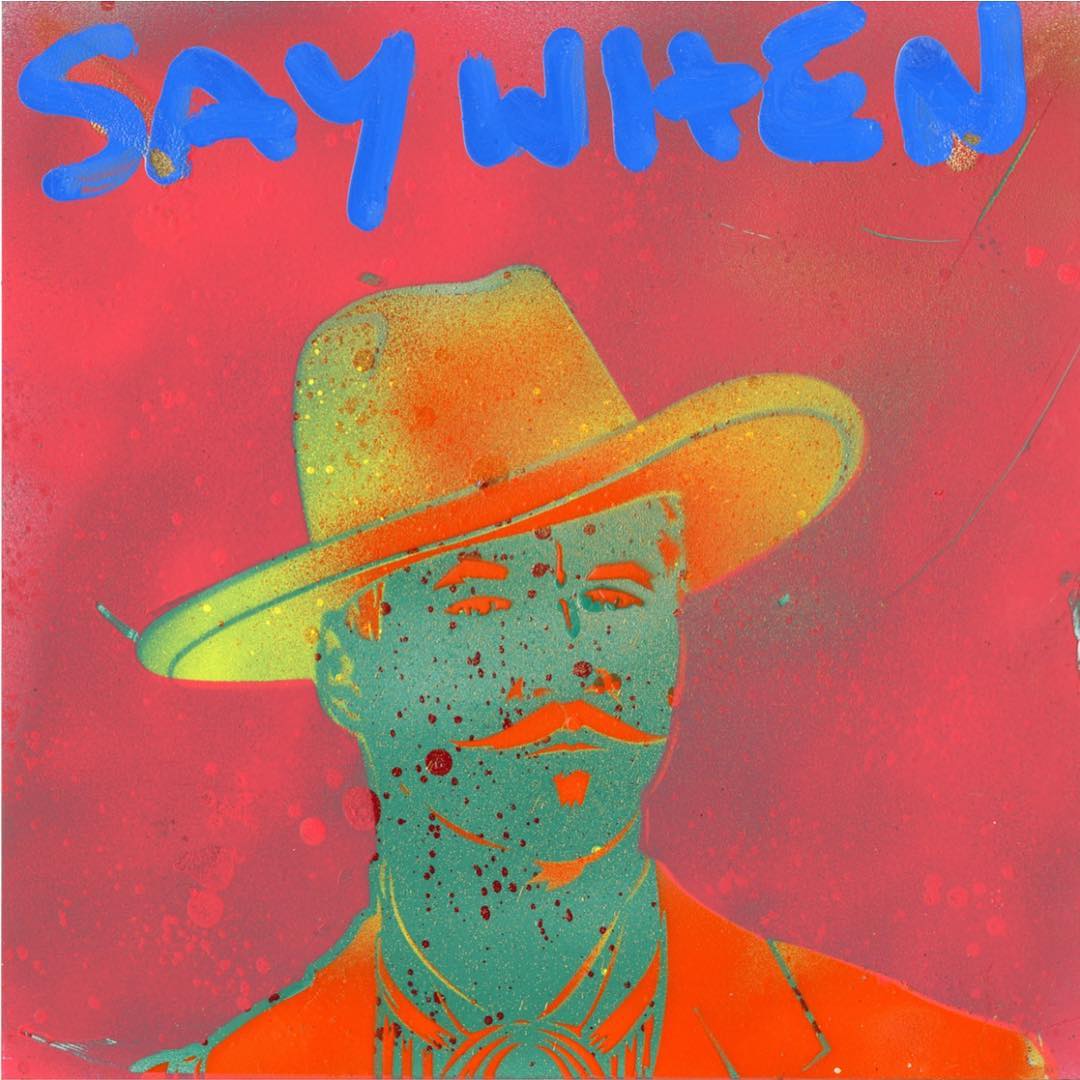 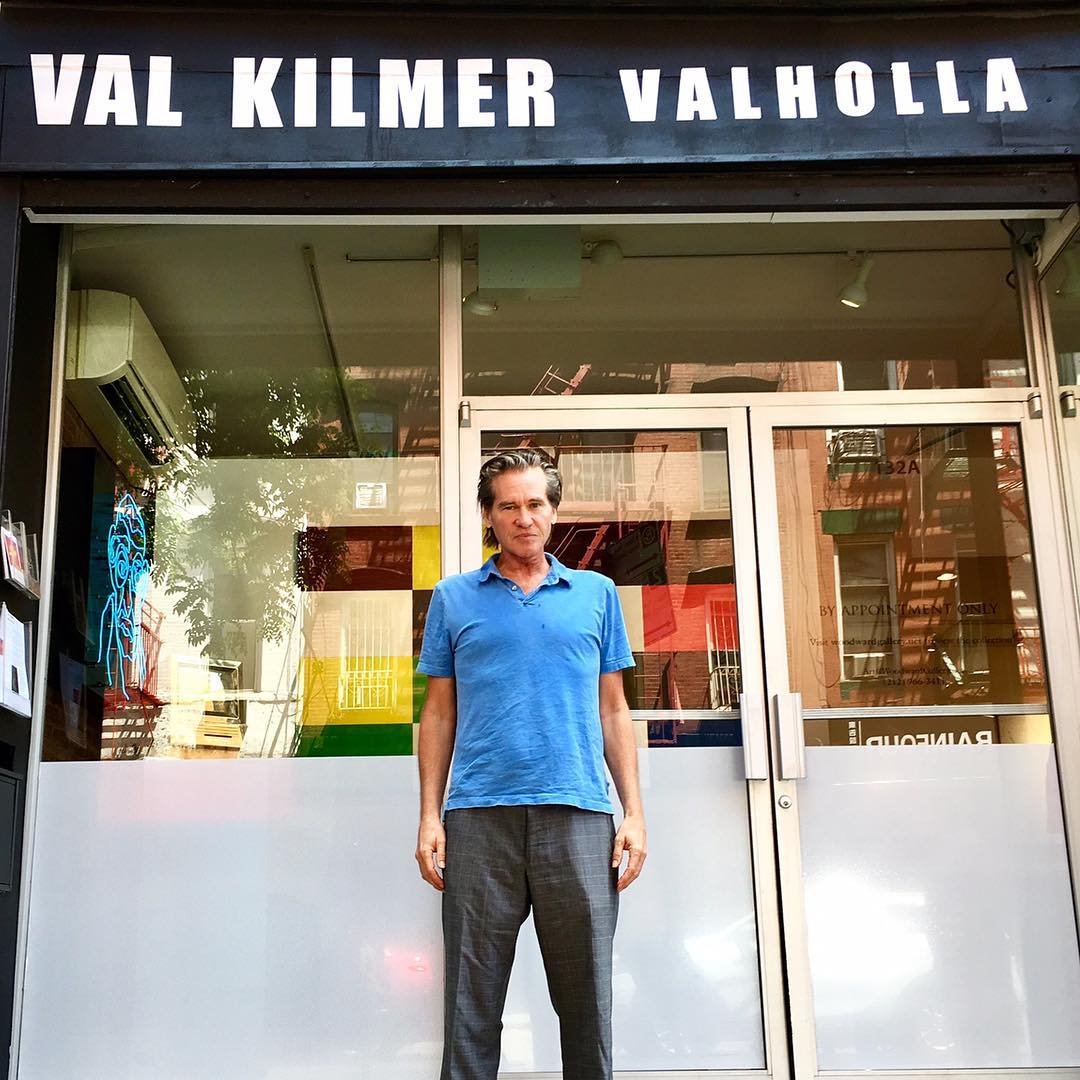 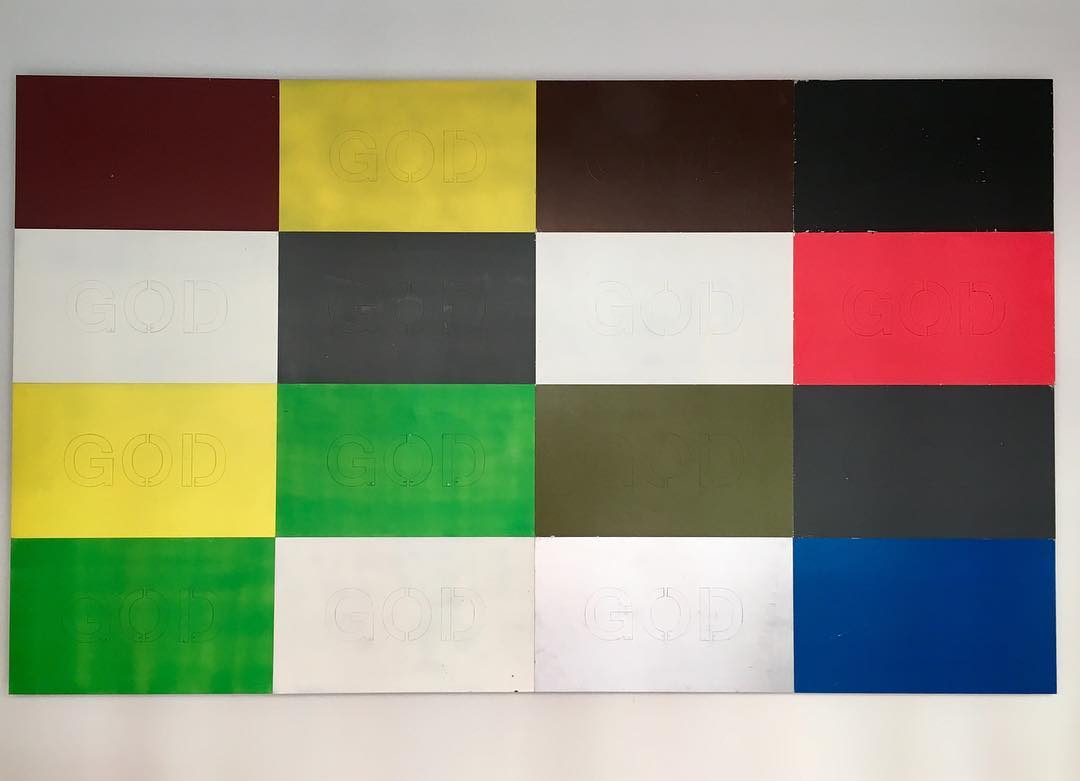 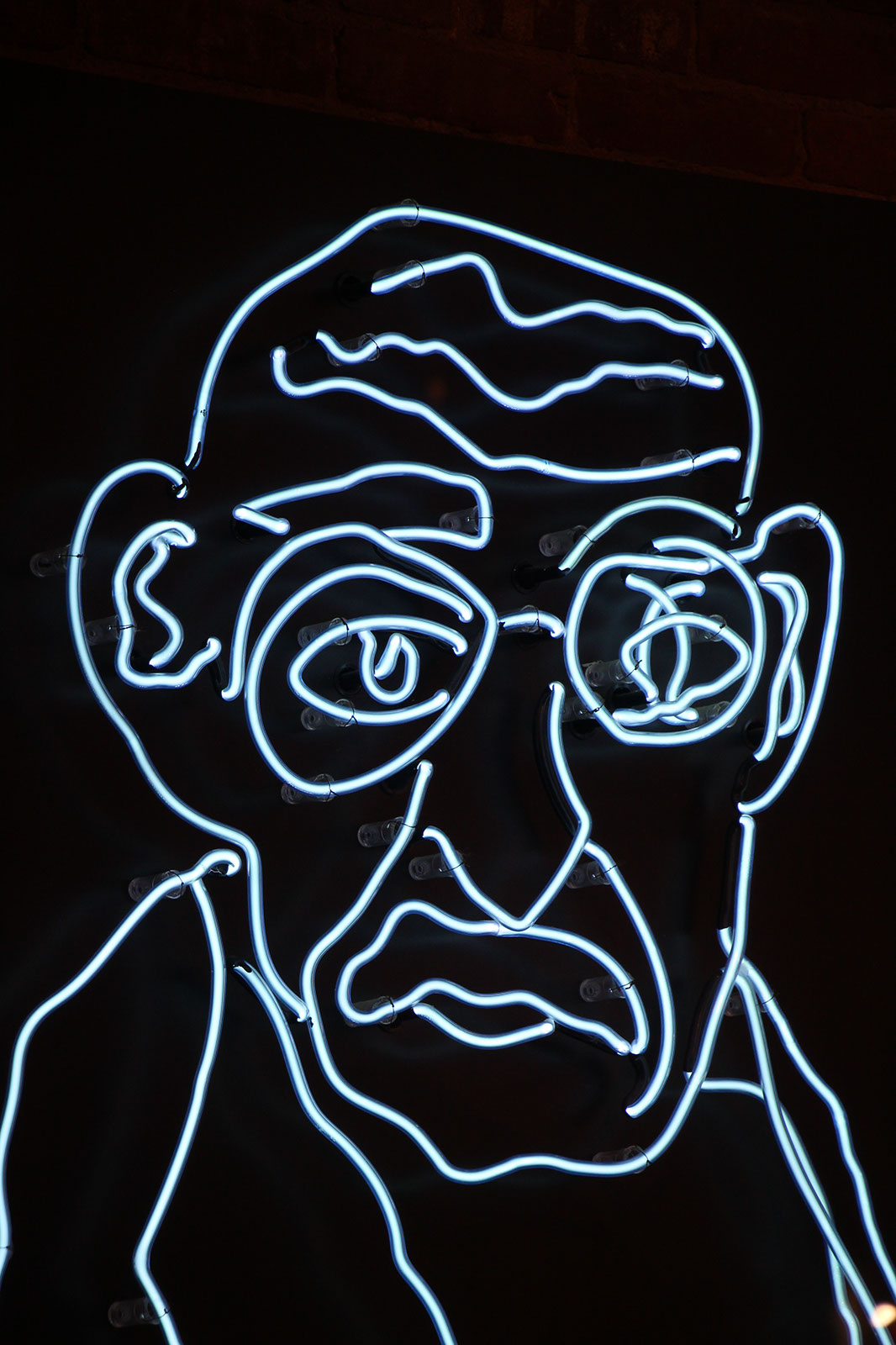 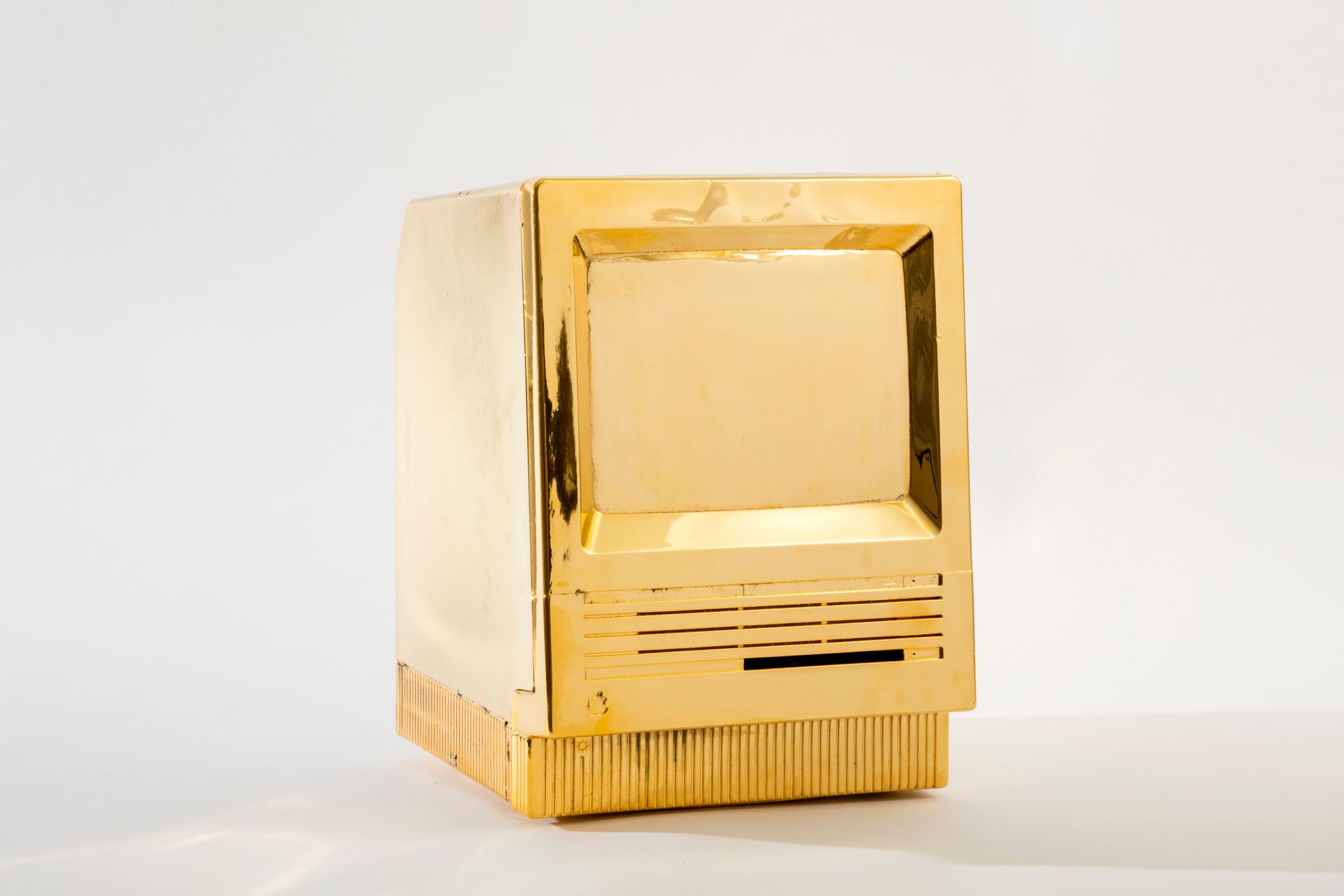 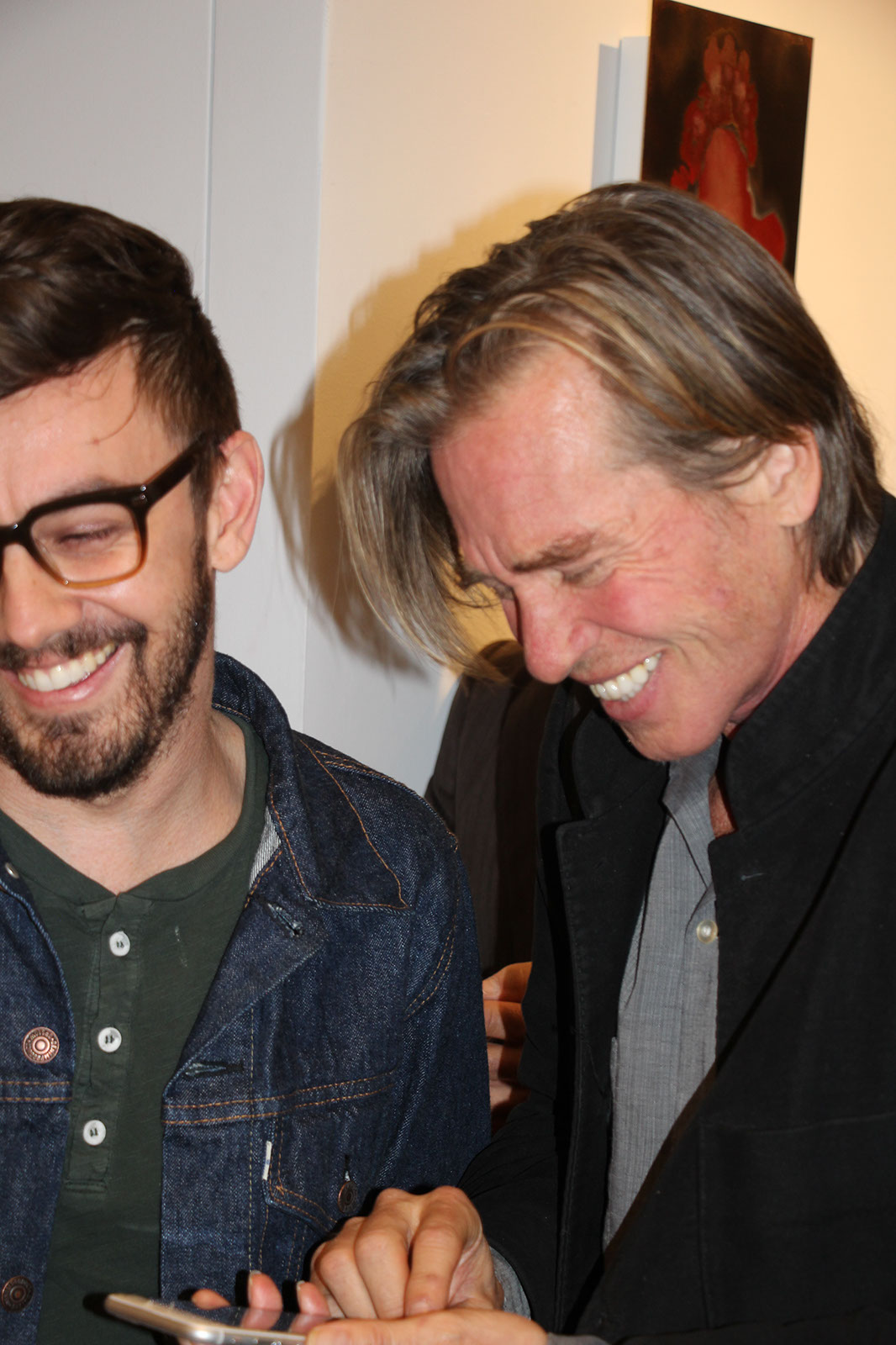 Val Kilmer and Jorma Taccone at the opening reception of VALHOLLA.
Photo by Hank O’Neal, Courtesy of Woodward Gallery
Advertisement 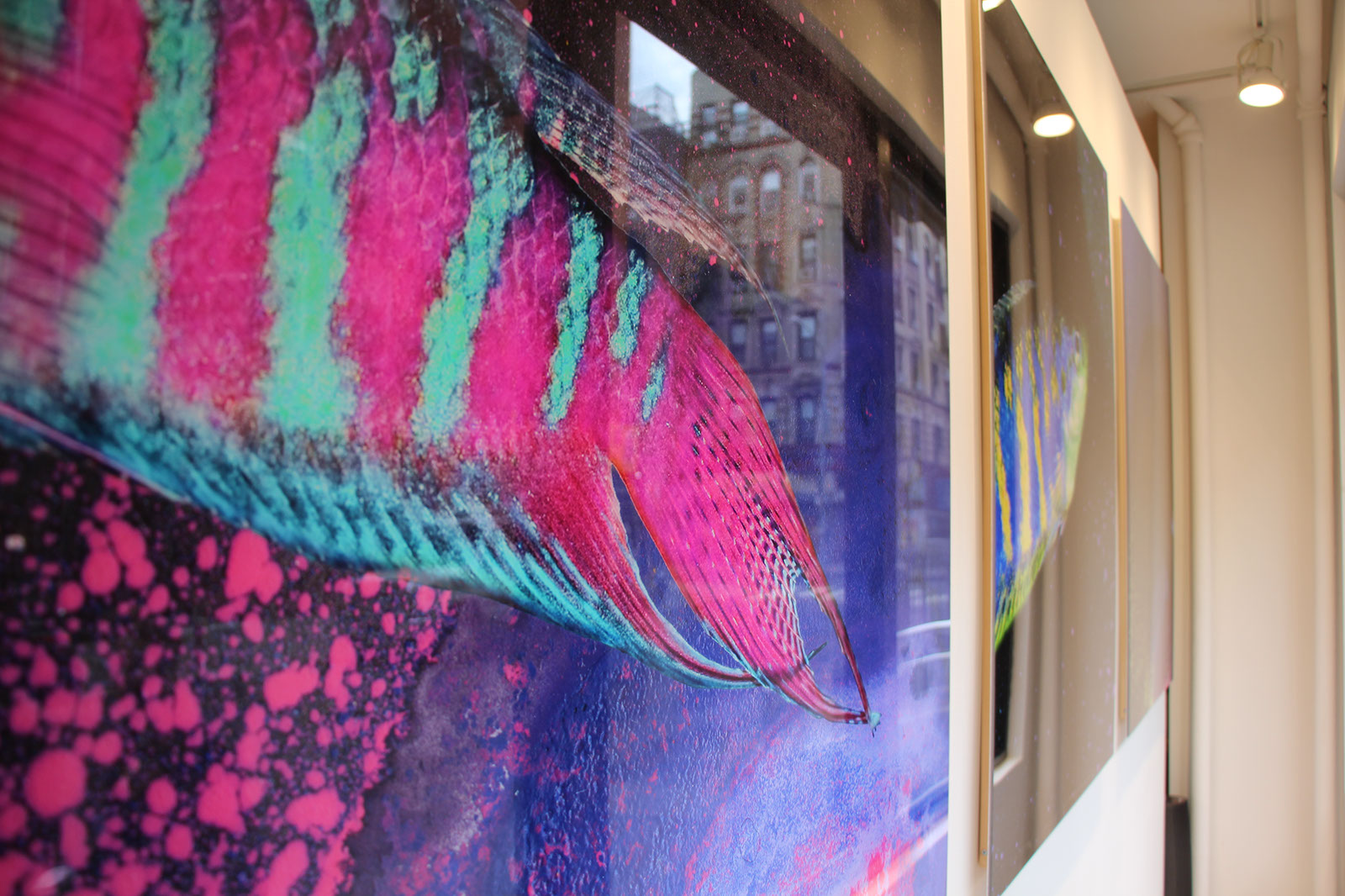 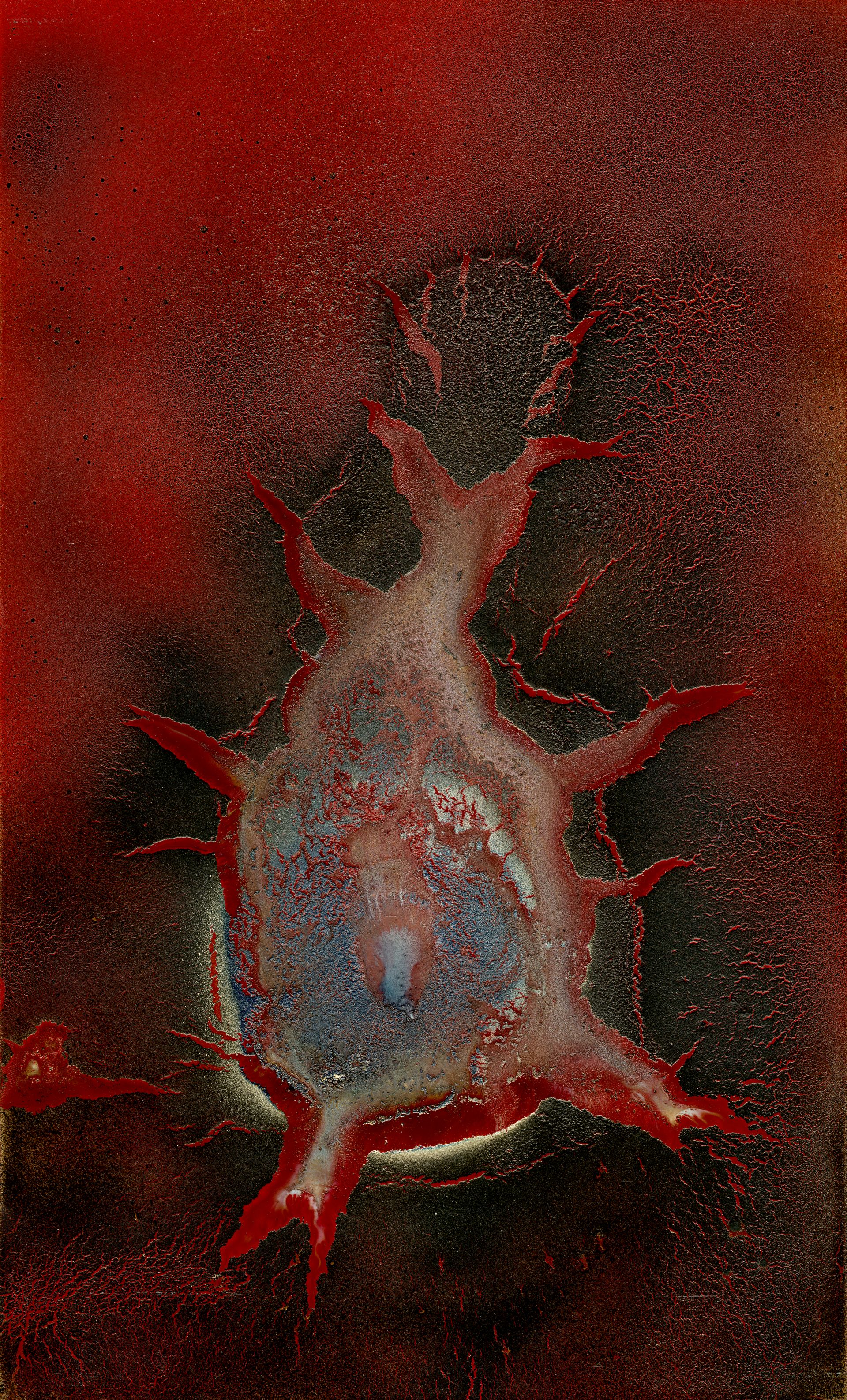 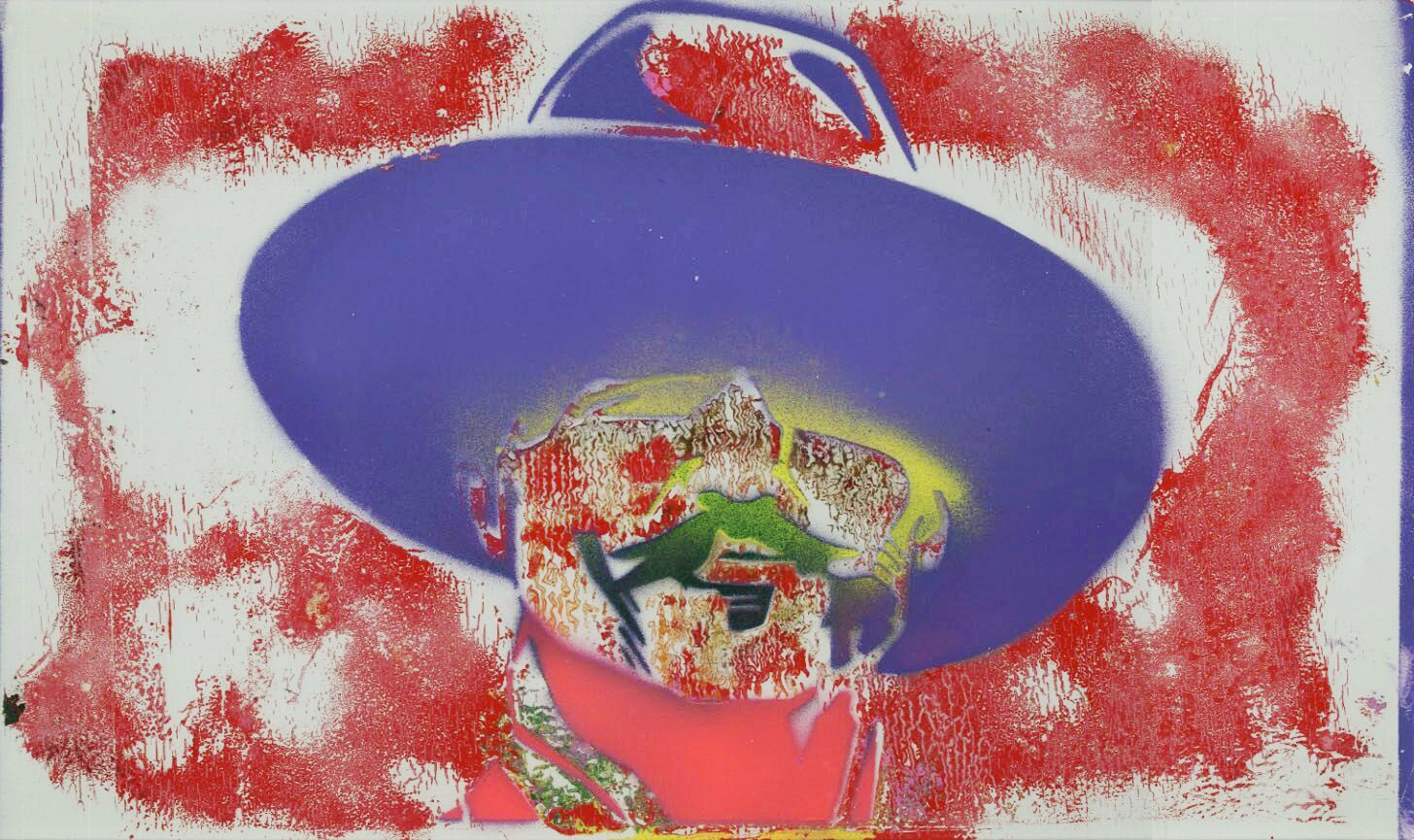 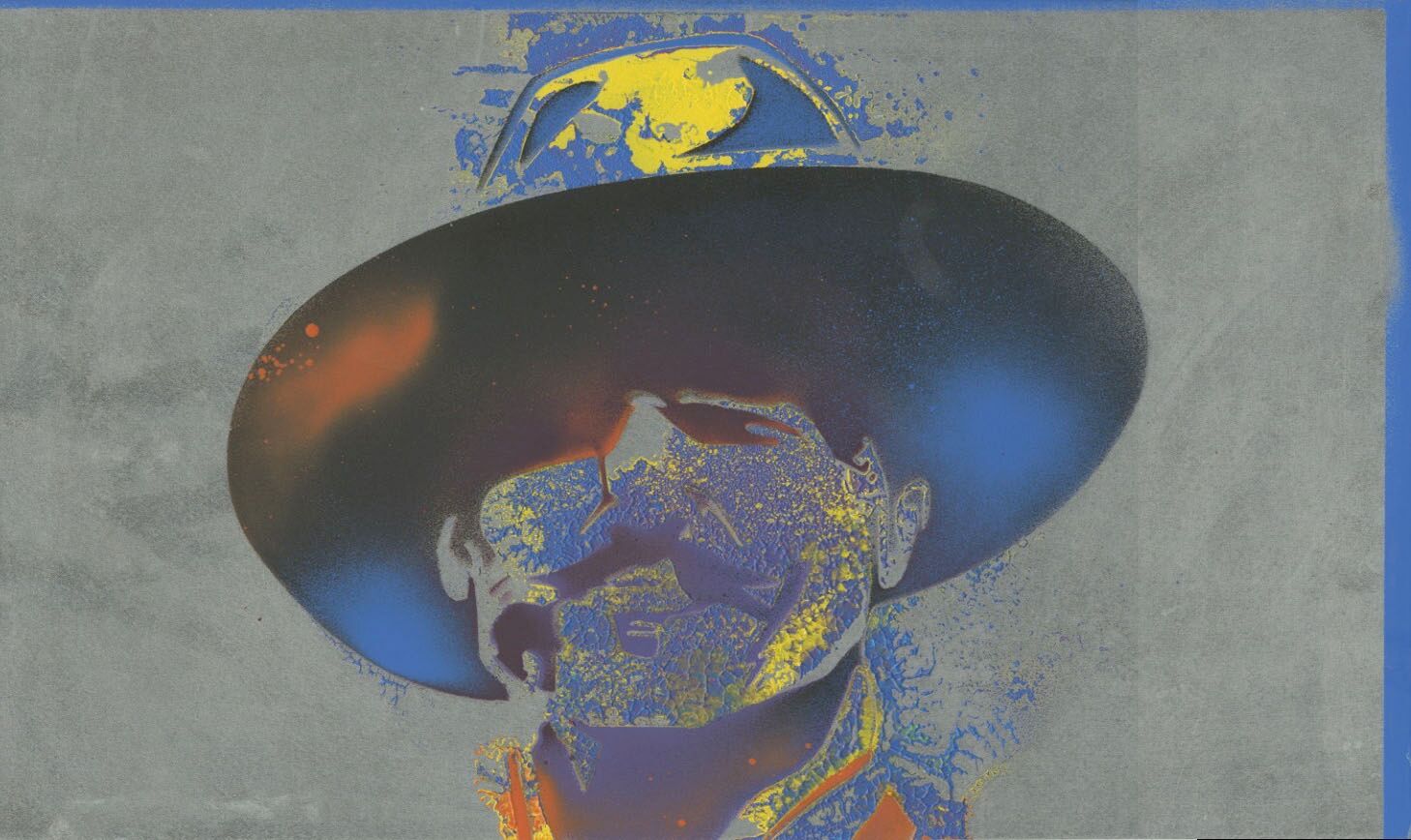 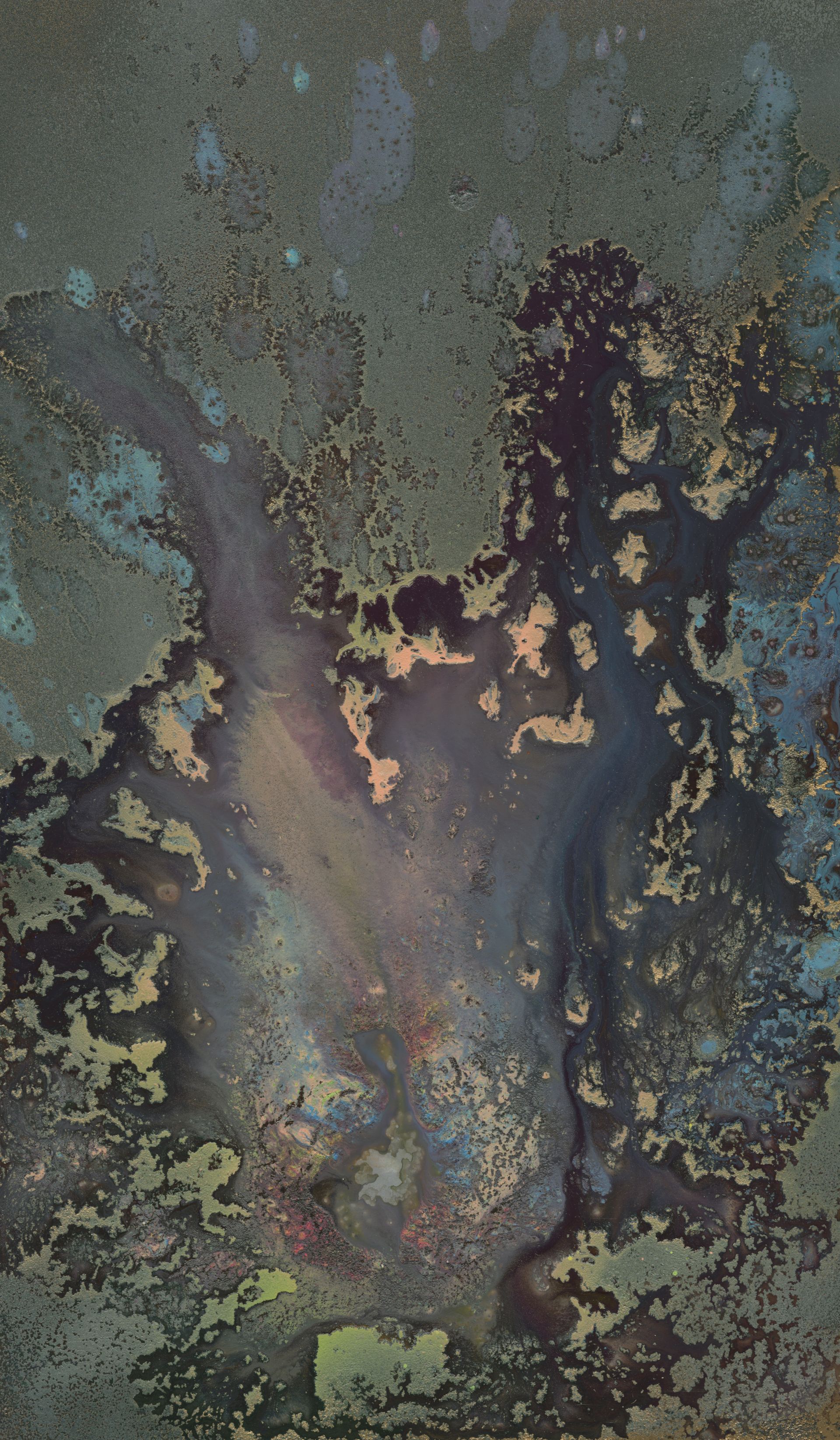 For Lyda was Nigh to Joppa.
Courtesy of Woodward Gallery 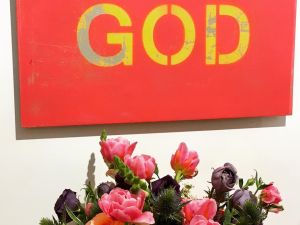 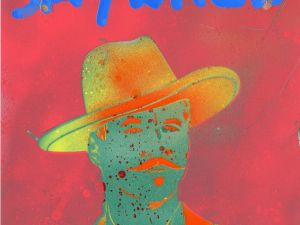 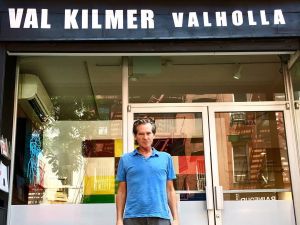 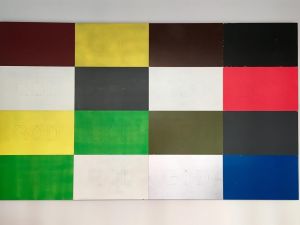 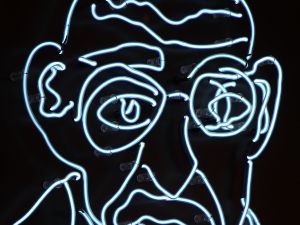 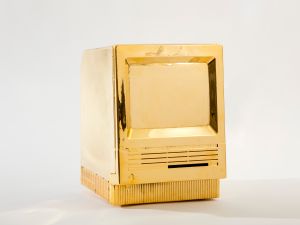 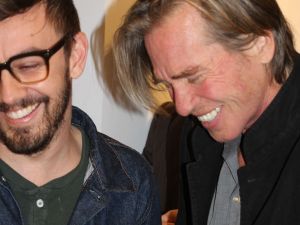 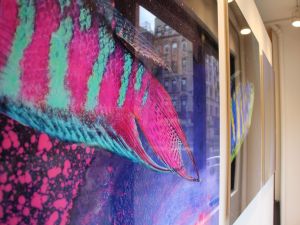 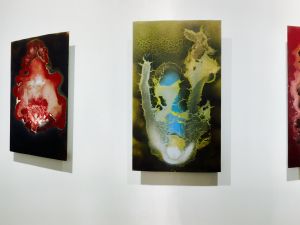 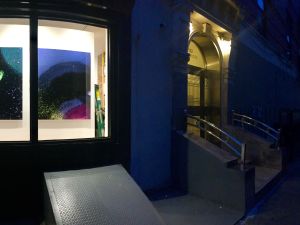 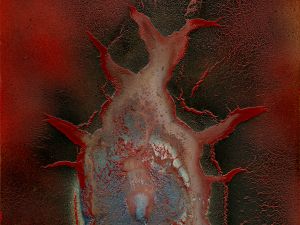 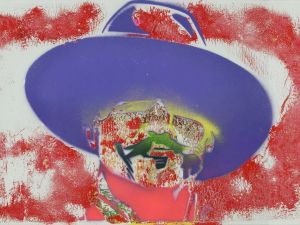 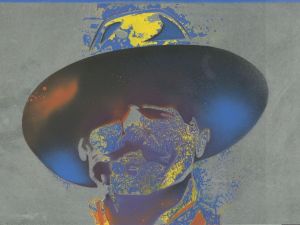 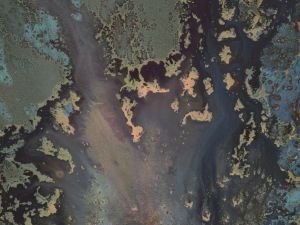 In their day, the Vikings believed that the mythic feasting hall of Valhalla is where they’d go when they died, a paradise where warriors engaged in glorious battle during the day and came together to celebrate all through the night. In his New York debut exhibition of art, with its title “VALHOLLA” riffing on the ancient legend, actor Val Kilmer has put his own spin on the afterlife.

“I’ve been in a transition and focusing in on this moment of moving through a period of my life as the concept of a black hole—ones [sic] third act or for an actor, from lead to character parts,” Kilmer said on his inspiration for the show. “Its [sic] this moment of identifying the passageway, that black hole moment, and the promise or recognition that it’s not black at all.”

While Kilmer may be ready to take on a new role as artist (he even plans to sit the gallery at random times throughout the show’s duration), that doesn’t mean he’s left his time in Hollywood completely behind him. In some works, his inspiration turns inward, playfully nodding to his film roles through the years. In his Doc series, the actor depicts his own silhouette, colorfully rendered, from his role as Doc Holliday in 1993’s Tombstone.

But the show’s works are wide-ranging. An exhibition release explains that Kilmer’s vision for the show is based on “the perspective that matter isn’t matter, it’s energy. And energy is viewable or instigated by thought or perception according to modern physics. This metaphysical reality stretches so far beyond physical reality that images help satisfy the fragile human minds inability to grasp the infinite.”

If there are any works in the show that perhaps best manage to visualize Kilmer’s heady theme it is his series of enamel and acrylic resin paintings done on metal. Their crackled surfaces mimic organic structures such as nerves and veins, or maybe even satellite imagery of the universe.

The meaning of life, big and small, also comes into play through his use of the word G-O-D (written just like that, in all caps) on canvas. “The GOD works are an exploration of the word GOD as the ultimate Icon, and the meaning of GOD. The word GOD stays strong and steady, but the environment surrounding the word changes,” said Woodward Gallery director John Woodward in a statement provided to the Observer by email. “I believe LIFE is the premise behind Kilmer’s art.”

“VALHOLLA” is on view through July 22 at Woodward Gallery.