An authoritarian state. A starving and desperate population. An alliance with Russia. A quest to acquire weapons of mass destruction. Is it North Korea? No, it’s Venezuela, and it’s the latest country to be locked in a hostile dispute with the Trump administration.

On May 18, Treasury Secretary Stephen Mnuchin announced that the U.S. would slap sanctions on Venezuela’s Supreme Court of Justice. It stems from the court’s decision to take away power from the country’s National Assembly, won by the opposition two years ago.

U.S. Treasury Secretary Steven Mnuchin said in a statement, “The Venezuelan people are suffering from a collapsing economy brought about by their government’s mismanagement and corruption. Members of the country’s Supreme Court of Justice have exacerbated the situation by consistently interfering with the legislative branch’s authority.”

After Chavez’s death, Maduro has continued to push the downward slide of Venezuela. It has shifted from one of the most prosperous South American countries to one of the worst to live in.

“For years, Venezuela has grappled with one of the highest murder rates in the world. But the deep economic and political crisis the country is embroiled in now has exacerbated the problem,” NBC reported. “Once the wealthiest nations in Latin America, with the largest oil reserve in the world, Venezuela now leads in inflation. It is facing extreme shortages of food and medical supplies. Prices of goods have skyrocketed. Salaries have been wiped out with hyperinflation and millions have been left hungry, malnourished and scouring through the garbage for food. The daunting hardships the country of 30 million has been facing, have pushed many to crime as a means of survival.”

In addition to leaving the country in ruins, Maduro and his powerful clique have also sought to crush the opposition. In addition to using the courts to obstruct the work of the elected legislature, won by the opposition, Maduro’s administration has also blocked opposition leader Henrique Capriles from leaving the country to testify at the United Nations in New York about the human rights abuses in Venezuela by stealing his passport. Such attacks have led to dozens of deaths at opposition marches.

It’s only going to get worse. Secret tapes have surfaced showing Maduro’s forces have discussed using snipers against protesters. This could repeat the atrocities of 2002 that inflamed the population when demonstrators were killed, nearly toppling Chavez.

And, as if this news wasn’t bad enough, Maduro has sought to cultivate alliances with Russia and Iran and push his country into a nuclear program, a curious decision for an oil-rich but cash-poor nation, according to the watchdog group Nuclear Threat Initiative (NTI). NTI speculates that there are growing proliferation concerns.

The Venezuelan government cried foul, but Trump’s sanctions policy toward an increasingly dangerous ruler might be just what is needed to rescue the desperate population and check the power of this rapacious regime. 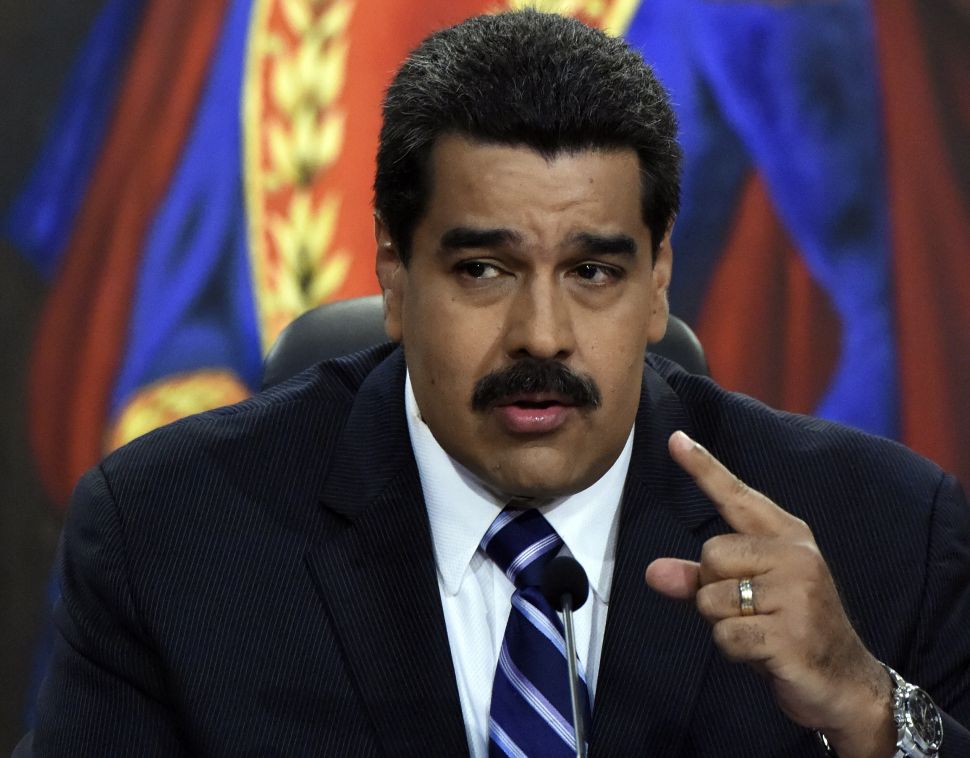