Everyone wants a Wingman: Surprisingly, this app isn’t for members of the mile high club. As more people become deeply frustrated with the dating apps available, new ones emerge; and much like yoga studios, each one needs a shtick. Wingman is for people who are tired of swiping, but have friends who have seen Fiddler on the Roof a few many times and really want to play matchmaker. In a survey by the UK company, they found that 35 percent of people wouldn’t use apps, but wouldn’t mind if their friends swiped for them, while 90 percent of in a relationship friends said they want the chance to play cupid. via Wingman.

Workout for free: If you somehow didn’t find a friend with a place in the sunshine to escape to this weekend, there’s still a reason to stay in the city this Memorial Day…or at least make sure you’re back by Tuesday. The Meatpacking District’s Sweat Sessions are offering free fancy workouts at Hudson River Park. On May 30 they’ll have Uplift Studios, The Class by Taryn Toomey and the Victoria’s Secret Angel favorite Dogpound (it’s basically a requirement to drag a tire around while prepping for the runway), all with a Samsung cool down (unfortunately, Kylie Jenner probably won’t be around). via The Sweat Sessions

Channel your inner Taylor Swift: Once you’re done working out, show off the results on a signature pool float, of course—although you don’t need the customized crystal one. The pool float purveyors at Funboy are unveiling all new floats, including a yacht float and a rainbow cloud floating bar, with room for four drinks, for all of your rosé needs (helpful reminder: National Rosé Day is June 10). via Funboy

Leo is taking time out of his busy model dating schedule: Leonardo DiCaprio is notoriously obsessed with everything environmental, from his National Geographic inspired Instagram to his own eco-friendly home. And now he’s getting in on the organic food action, by investing in Hippeas, a snack food hitting all of the healthy buzzwords: they’re vegan, low-calorie, gluten-free chickpea puffs in tons of flavors. via Hippeas 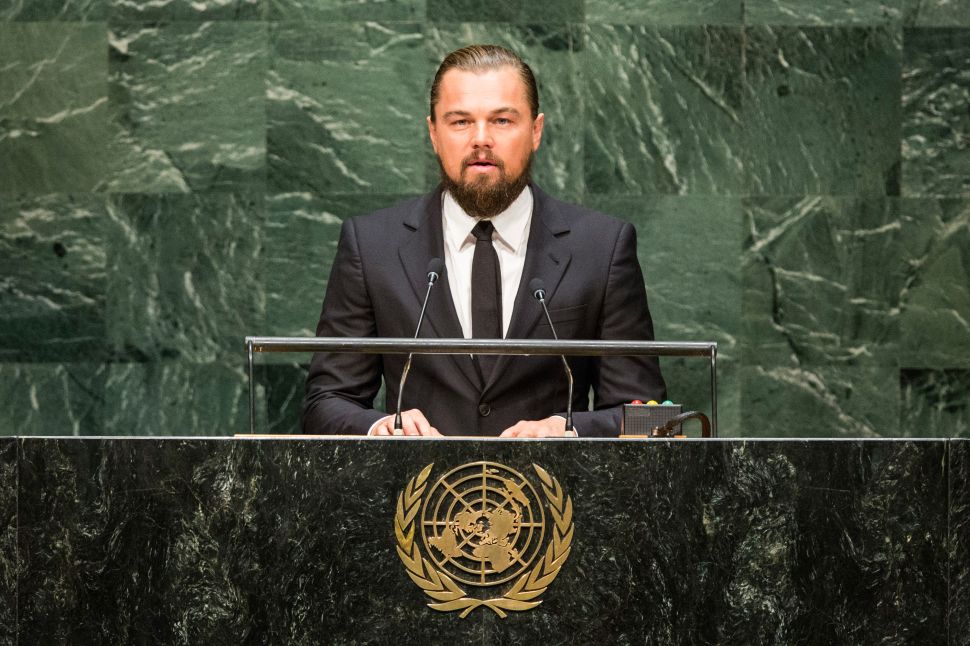