First rule of Vixen: You do not talk about Vixen. Not when you can Instagram about it at a glam bar with selfie-optimal lighting.

And at the new Vixen Studio in Miami, that’s only expected. The successful hip-hop dance fitness class founded by former Miami Heat dancer Janet Jones recently opened its first 3,000-square-foot permanent studio in Wynwood, not far from where the Vixen workout founder got her start.

“I was a dancer. Then, I got into choreography and production, which led me to become a talent agent for dancers,” Jones told the Observer. “My first agency was called Jones Talent and it was located on 36th street and North Miami Avenue back in 2006. So, I’ve always loved [the Wynwood] area. I love the energy here. It’s like coming full circle, opening a studio here.”

And for the legions of women who count themselves as part of the “Vixen Army,” that means the chance to channel their inner Rihanna or Beyoncé, seven days a week. The new studio features a retail space where merchandise is displayed on concert tour crate cases, a pre- and post-workout lounge and a larger-than-life vanity accompanied by director’s chairs for make-up touch ups before the class begins. But the main attraction is the space’s “Center Stage.” Dancers file in beneath a large marquee box into a dance studio that recreates a live-stage experience through an hour-long sweat session featuring concert lights, loud hip hop and sexy choreography—with moves like the “kitten pose” and plenty of body rolls. Each class torches between 400-600 calories for new dancers, and up to 1,000 calories for the veterans.

“Up to now, we’ve been operating via pop-up. We’ve never had the opportunity to really provide a true Vixen workout experience, which was always to give the public a sense of what it feels like to be up on stage,” Jones said. “So, if you notice, the studio looks like you’re on stage. This is actual stage flooring.”

But the uniform found in pop-up classes all around the country remains the same. And the women of the Vixen Army have it down to a science: black leggings, flannel shirt wrapped around the waist, lipstick and wedge sneakers, if they’re feeling up to the challenge. This uniform is part of the Vixen persona—one that’s found itself as voice for women’s empowerment.

“What inspired the whole workout, was not only my dance experience, but my leaving it behind. In doing that, I came to realize what most women go through. It’s that 9 to 5 grind being repeated over and over again. Life just becomes an autopilot experience,” said Jones. “And that had never happened to me before, because my life had been on the stage—it was always those moments of being the most alive ever, over and over again. I then realized that most woman had never even experienced that ‘alive’ feeling. Because they’re so tied up in their routine, they don’t even get the opportunity to discover who they are on the inside.”

“Dance forces you to do that. You don’t have time to think,” Jones continued. “It’s a black room, the lights are off and you have no other choice than to connect with yourself and what the music makes you feel. And that feeling, if you take it outside of the studio, makes you start asking questions about your life. And that changes people.”

As for the future of Vixen, Jones has her sights set on another flagship location in Manhattan, with the possibility of expansion to the West Coast. “We have over 150 certified instructors that are all over the United States, Canada and the Dominican Republic,” said Ms. Jones. “I’d like to have those flagships—places where our certified instructors can come in and know what they’re supposed to replicate. But for now, I’m happy to continue focusing on expanding the certified instructor program as much as I can.” 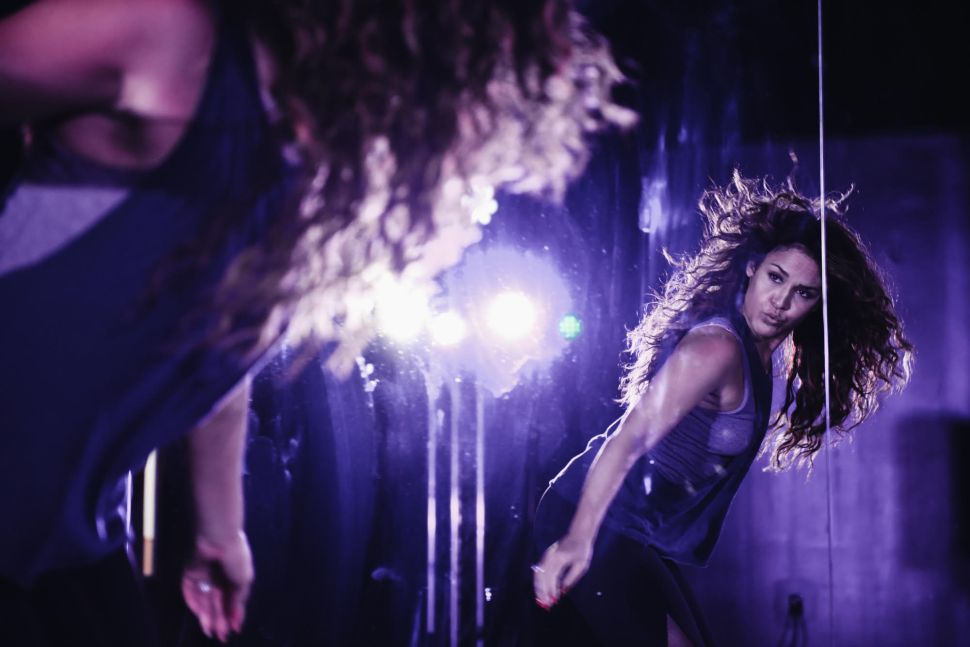