PRAGUE—The capital of the Czech Republic is indisputably one of the loveliest cities in Europe. Having avoided major bombing or combat in the Second World War, unlike most cities in the region, Prague remains a Baroque jewel, a stunning example of effective and charming urban planning in the late Habsburg Empire. It’s no wonder that tourists flock here from all corners of the globe. As do spies, many of them Russian.

Since the mid-1990s, the Czech Republic has been something of a playground for Russian spies—and most of them are in Prague. It’s not difficult to see why they’re here. As a member of both NATO and the European Union, the country is a tempting target for the Kremlin. Prague is a great place to live and work, there’s a pro-Russian element of the population (even after the Soviet 1968 invasion there inexplicably are still Czech Russophiles), there’s a lot of Russian business going on in the country, and Kremlin operatives gained a solid foothold here just after the Cold War, when it was easy.

Wisely, Prague after 1989 disbanded the Communist-era secret police and created entirely new intelligence structures, free of KGB influence. However, this fresh start meant that it took several years for neophyte Czech spies to learn their craft, and by the time they did in the mid-1990s, the Russians had put down impressive clandestine roots. As a result, Czech counterspies have played catch-up for the last two decades and never have been able to fully cope with the vast extent of Kremlin espionage and subversion in their country.

The numbers tell the tale. The Security Information Service (BIS in Czech) tracks Russian diplomats in the country closely, and there are an awful lot of them—140 or so at any time. Almost 90 percent of them are at the Russian embassy in Prague, with the rest divided between consulates in Brno (the capital of the Moravia region) and Karlovy Vary (a spa town in western Bohemia that’s coincidentally a top destination for Russian mafiosi).

That’s a staggering number of diplomats to send to a country of only 10 million, and Russia’s diplomatic mission is vastly bigger than any other in the Czech Republic. As the 2015 BIS annual report noted tactfully, “Russian intelligence services were the most active foreign intelligence services in the Czech Republic…The Russian Embassy has much more employees than Embassies of other states (including the US and China).” To compare, there are roughly 70 State Department employees assigned to the U.S. Embassy in Prague.

Since 2006, when he initiated his SpyWar against NATO and the EU, Vladimir Putin has gradually increased the numbers of Kremlin spies operating abroad. Now, cadres of Russian spies in NATO countries are bigger than even in the worst days of the Cold War, and Prague has more than perhaps anywhere else in the West. In Western countries, at least one-third of Russian diplomats are really spies serving under official cover. However, according to BIS, the percentage in the Czech Republic is more like two-thirds. Therefore, nearly a hundred Russian spies are working in the country as what the Kremlin calls Legals, employed with either Russia’s Foreign Intelligence Service (SVR) or military intelligence (GRU).

These numbers do not include Russian spies visiting the Czech Republic as tourists and businesspeople—and it’s not difficult to hide spies among the roughly three million Russians who visit the country annually. Then there are Illegals, Russian spies operating without benefit of any official cover, usually masquerading as non-Russians. Both SVR and GRU employ Illegals in the West, including in the United States, and while their numbers are small, they can prove all but impossible for counterspies to detect. A Czech security official frankly admitted to me that, although BIS does a decent job of tracking SVR and GRU Legals in the country, “We really don’t have a firm guess how many Illegals there might be—although we would very much like to know, of course.”

Russian spies in the Czech Republic are doing what they do in all Western countries. Recruiting agents inside the host country’s government, especially its security structures. Trying to influence Czech media and public perceptions of Russia. Disseminating cash to politicians and parties that Moscow deems friendly or potentially so. Spreading propaganda and disinformation against NATO and the EU. They’re doing more of this in Prague than in, say, Berlin or Paris because there are so many Kremlin spies here.

Distressingly for many Czechs, one of the politicians who has a distinct soft spot for Putin is the country’s president, Miloš Zeman. A former Communist, Zeman doesn’t hide his pro-Russian sympathies, which have gotten the attention of both the EU and NATO, while just this week during a meeting with Putin, Zeman and his Russian counterpart “joked” about “liquidating journalists.” Since anti-Kremlin journalists have been murdered in significant numbers in Putin’s Russia, there’s nothing funny about this to anybody who enjoys having a free press.

That said, it should be noted that the Czech president really has very little executive power, unlike in the United States. Virtually all political power is vested in the prime minister, while the president’s role is largely symbolic. Nevertheless, Zeman’s views aren’t helpful for Czechs who want less, not more, Russian influence in their country.

There are other political obstacles to getting a handle on Russian espionage here. The customary option to deal with spies posing as diplomats who glaringly exceed their official remit is to declare them persona non grata—termed PNG in the spy trade—and boot them from the country. However, Prague must be careful since there are only about 65 Czech diplomats serving in Russia—far lower than the number of SVR and GRU Legals operating in the Czech Republic. Since Russia generally retaliates by expelling diplomats in tit-for-tat fashion, declaring a substantial number of Russia’s spies here PNG means that Prague soon would have nobody left to staff their diplomatic missions in Russia.

Nevertheless, in recent years as Russian espionage operations in the country have grown increasingly aggressive, BIS has demanded action and the government has sometimes followed suit. Every few years, Prague expels a few Russian spies who were acting excessively aggressive in their espionage. Most recently, a little over two years ago, three Russian “diplomats” were declared PNG when BIS demanded that action be taken against Moscow.

BIS is a competent and professional spy service which unfortunately is overwhelmed by the vast scope of Russian spy-games in their country. Neither do they always have the strong political backing they need to do their job. Here Kremlin influence-buying among Czech politicians plays an unfortunate role.

However, there are encouraging signs, too. American intelligence considers BIS and other Czech security agencies to be dependable partners, and our Intelligence Community was pleased last October when Prague arrested a Russian hacker suspected of involvement in the cyber-theft of Democratic emails in 2016. Yevgeniy Nikulin was taken into custody with the help of the FBI and American intelligence. Only by working together closely can Western intelligence hope to stem the rising tide of Russian espionage and subversion against all our countries – a fact which Czech spies know only too well. 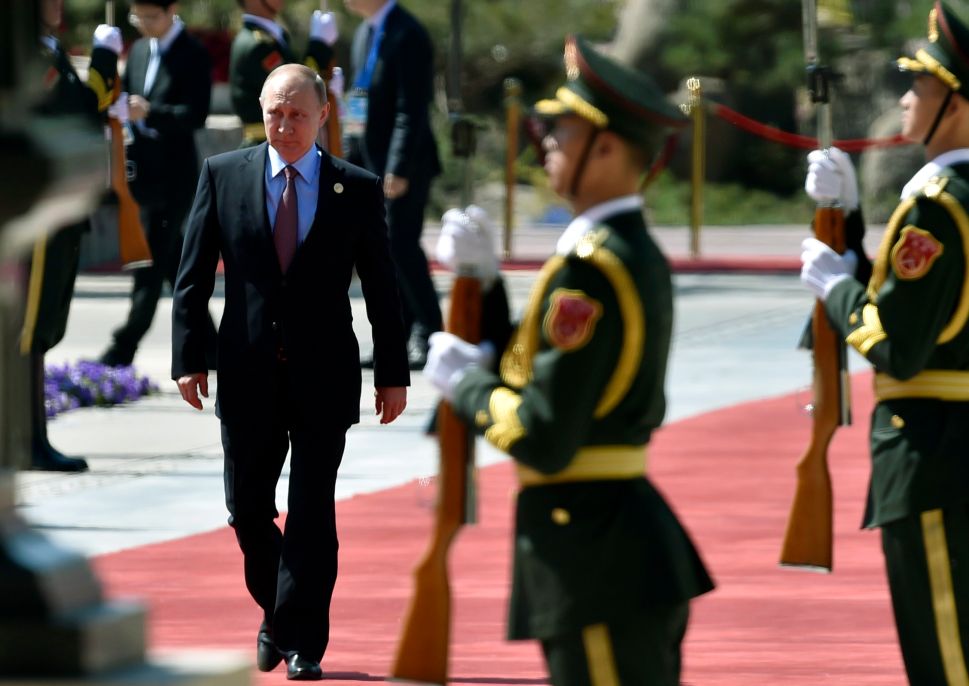