From a short story by E. L. Doctorow, the writer-director Robin Swicord, who adapted the screenplays for The Curious Case of Benjamin Button and Memoirs of a Geisha, among others, has constructed an inspired and compelling film about one man with the courage and daring to walk away from the boring routine of daily life and observe it from a distance, putting into motion what everyone else thinks about but never has the guts to do. Wakefield is a terrific movie, with a devastatingly bravura performance by Bryan Cranston that seizes and grips attention from first scene to last.

In one of the most challenging roles of his career, he plays a New York lawyer who has grown weary of the daily commute to his swanky home in the suburbs and of the ritual of domestic drudgery in a 15-year marriage that has grown stale from familiarity. Mr. Wakefield is depressed, but he doesn’t know what to do about it. He has money, an elegant tailored wardrobe, a beautiful wife (Jennifer Garner), two children, a respected career, and everything else shared by well-heeled commuters smart and successful enough to escape the horrors of the big city to find bliss where green things grow. It’s not enough. Wakefield entertains a fantasy of chucking the debilitating angst of endless responsibilities and starting over again, maybe even with a whole new identity. The idea hits him one night during a blackout, when he walks from the depot to his house, enters the yard and watches a raccoon raiding the garbage can where his wife has dumped his dinner. Simultaneously peeved and amused, he retreats to an attic room above his two-car garage and watches his family’s every move through binoculars—a sort of tongue-in-cheek domestic surveillance. In the next few days, he watches his wife get the children off to school, then call the police as her anger turns to tears. Old friends console her as she goes over the bank accounts, and a business associate from his office even offers more than a friendly shoulder to lean on. As days turn into months Wakefield begins to thrive on his new absentee status, freed from the shackles of shaving, bathing, good grooming, and other conformities as he questions the old values of his former existence. Listening under the eaves of the house, eating out of garbage cans and growing a beard, he loves his new freedom as director Swicord’s lean screenplay posits a few questions of its own: What is so sacrosanct about a marriage and family that he should have to endure it day after day after day? Is there anyone who hasn’t wanted to put their life on hold for a moment, or run away completely? The narrative is revealed slowly, with Mr. Cranston giving what amounts to a one-man show of versatility and power in the form of talking to himself as the narrator-observer of his own story. He has a cynical comment for every friend who arrives to offer compassion. But by the time he watches the elaborate preparation of a Thanksgiving dinner with another man occupying his chair at the table, Wakefield begins to realize what he’s missing about civilization. It’s one thing to eschew the ironed shirts, desk jobs, cell phones and credit cards that define us. But what Wakefield learns is “I never left my family—I left myself.”

It’s hard to believe that one man could play at the same charade for so long, but when Wakefield makes up his mind to return—on Christmas Day, yet—it’s because he discovers that he’s only managed to trade one kind of isolation for another. What he didn’t count on was the loneliness. This is a film of great originality, intelligence and insight that also elegantly honors E. L. Doctorow’s theory that no man can live alone, without the companionship of others. The price Wakefield pays for that knowledge is high, but when he finally finds redemption, it provides a new appreciation of life that he once took for granted. Meanwhile, you are rewarded with a rich, expansive, nuanced performance by Bryan Cranston that explores rare aspects of his talent never seen before. The last thing you hear in Wakefield is one of the most profoundly shattering final lines I have heard in years. When I first saw this movie at last year’s Toronto International Film Festival, that line–and the overwhelming silence that followed–haunted me long after the movie faded to black. Seeing it a second time, it has electrified me all over again. Definitely one of the year’s most unforgettable experiences. 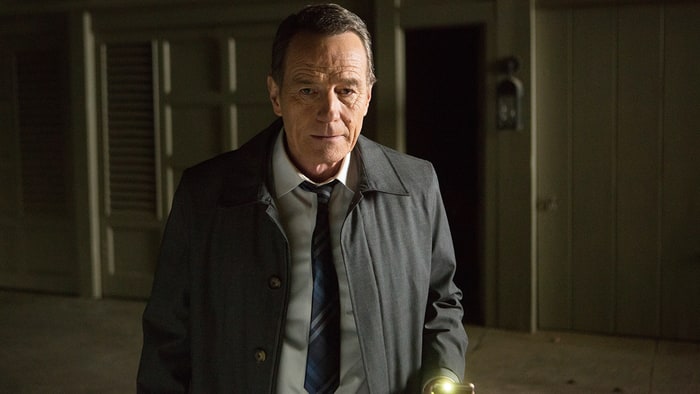