Putting jokes (mostly) aside, Jimmy Kimmel took 13 well-earned minutes for his monologue last night to recount the harrowing details of his first son’s birth. At just 3 days old, William “Billy” Kimmel had to undergo open-heart surgery at Children’s Hospital in Los Angeles, a successful procedure performed by a staff who the host took the time thanking—each doctor and nurse by name.

Kimmel went on to point out that without the Affordable Care Act (which President Donald Trump has sworn to repeal and replace), his son may not have been so lucky.

“We were brought up to believe that we live in the greatest country in the world but until a few years ago, millions and millions of us had no access to health insurance at all,” he said. “If you’re baby is going to die, and it doesn’t have to, it shouldn’t matter how much money you make. I think that’s something that, whether you’re a Republican or a Democrat or something else, we all agree on that, right? Let’s stop with the nonsense. This isn’t football. There are no teams. We are the team. It’s the United States of America. Don’t let their partisan squabbles divide us on something every decent person wants.

“No parent should have to decide whether they can afford to save their child’s life,” Kimmel concluded. “It just shouldn’t happen. Not here.” 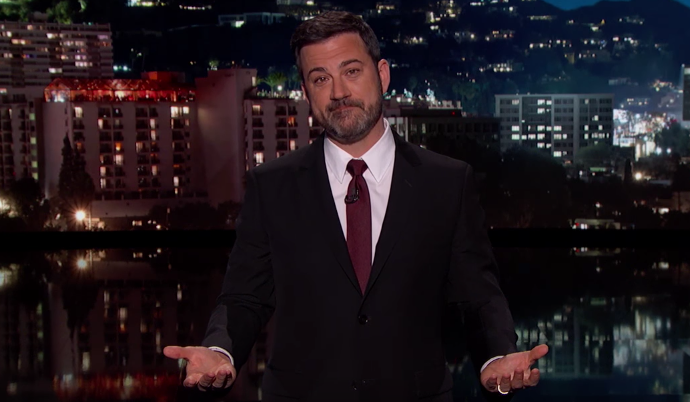