The latest (and longest) look at Showtime’s Twin Peaks revival is basically Twin Peaks’ entire aesthetic in its purest form. It essentially tells us nothing, and despite a jarring first few seconds really just offers glimpses of the ordinary, the familiar and the only slightly odd. So why am I so on edge right now? Because that’s Twin Peaks, man. That’s Twin Peaks.

Even the tagline—”It Is Happening Again”—sounds terrifying, but does anyone know what even happened the first time? Do you know? Does anyone living outside whatever Other Space David Lynch goes to when he meditates actually know? 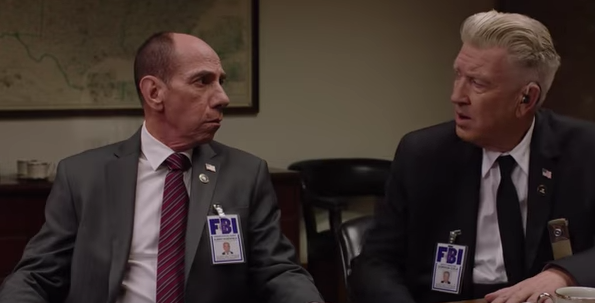