One great thing about 2017 is that you don’t have to watch something to have an opinion on it. Because of our era of peak TV, you can just pick up on the buzz of something and know whether or not it’s good.

And it’s not only viewers who do this. Television writers are basing their reviews on hearsay as well. As long as you’ve heard enough about something, you can write an informed, even riveting piece about it. Emily Nussbaum does this all the time.

So because I spent this week exclusively watching season two of Master of None, and tanning, I’m going to adapt to this method instead. Here are some shows I know you’ll enjoy this weekend based solely on secondhand accounts I trust. Feel free to tweet at me if you watch any! Would love to hear your thoughts, and also learn more about what I’m recommending.

This acclaimed Netflix show from the Wachowski siblings is now in its third season, so it must be decent. That being said, I don’t know much. I think it’s sort of like Heroes? Apparently there’s a lot of gay stuff, and nudity, which is good. Also they followed in the footsteps of Bojack Horseman by having a Christmas episode which is a nice thing Netflix does. My roommate in Park Slope watched it, and she seemed into it. I overheard some parts while I was walking from my room to the kitchen and back. It seemed exhilarating.

What I watched of this ambitious, self-funded Louie C.K. show was very solid. It’s sort of like a staged play, and I’ve heard the finale is devastating. It’s also full of stellar performances, like Steve Buscemi as a mentally troubled bar owner and Lauren Metcalf doing a monologue for half an episode. But I didn’t finish it because it was one of those pay-per-episode deals from Louie’s website, and it just got too expensive. Now the whole thing is on Hulu and I’m bitter. Because usually when I donate to someone’s personal project I at least get my name in the credits or a mug.

Mozart In The Jungle (Amazon Prime)

This show, ostensibly about a symphony conductor, keeps winning Golden Globes so it must be pretty good. It stars Y Tu Mama Tambien’s Gael Garcia Bernal in a compelling role leading a group of extremely dedicated and quirky musicians. When I first heard of it, I was worried someone else had thought of my idea of literally putting a classical composer in the jungle, armed with only his wits, but luckily that’s not the case. You can vote for my pilot, Rembrandt in the Rainforest, on Amazon Studios now.

I watched the trailer for this show, about a girl who makes a killing on eBay and then starts her own clothing website, because it came on Netflix autoplay after something else, but it actually looks great. I have a soft spot because eBay is my main social media platform. Really, I take my 100% positive feedback score on eBay very seriously. Whenever I’m feeling down, I just return to my comments section and remind myself that I’m an “excellent buyer.” Anyway, this show has a fun, Silicon Valley-esque premise, except it refreshingly stars a female instead of like nine men. You should definitely watch Girl Boss.

This drama about life in New Orleans is from the creator of The Wire, so, need I say more? Hopefully the answer is no because I don’t know more. I did go to a college newspaper convention in New Orleans once and earned my beads and the respect of the zydeco band BooZoo Barnes and Cajun Stompers, so yeah, you could say I “get” the city.

Okay so this was passed around in a family email and I commented that my niece looked great (just based on the thumbnail) but frankly was too threatened by her talent to watch. Why is everyone so impressed she pulled off a simple contemporary ballet routine to Lady Gaga’s Million Reasons? You know, I did a lot of great things when I was younger too, there just wasn’t Youtube yet. I could dance to Million Reasons. Sometimes I do.

I actually reviewed this investigative podcast in an earlier column, but I have to come clean. I never finished it. I only heard from other people that it was engrossing, and bluffed my way through the rest. I’m sorry. Did someone kidnap Richard Simmons?

People seemed really moved by this, but I didn’t have time to watch it. That being said, I’ve heard enough good things that I can honestly recommend it. 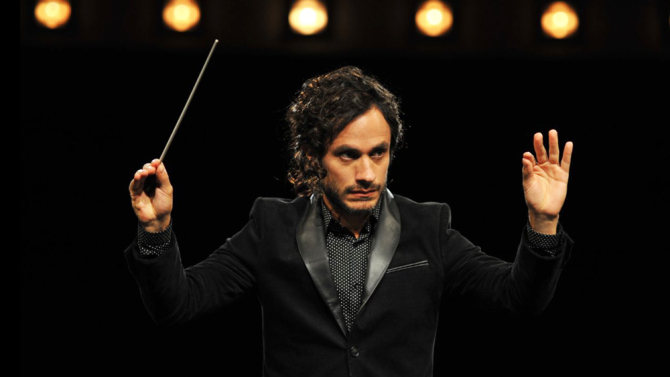