“You’re a fascist!” Today this is a label as commonly hurled as it is poorly understood. President Donald Trump, that progressive New York guy, is a fascist, we’re told. Then there’s the Antifa (“anti-fascist action”) movement, which “fights” the F-threat by committing violence in the streets like Brownshirts. Well played.

The Online Etymology Dictionary, generally sober in its rendering of information, amusingly writes of “fascism” that it was applied to certain groups’ ideology from 1923 and has been “applied to everyone since the internet.” In reality, however, the term’s misapplication didn’t start with the virtual world but with virtual history. Yet since I’m fairly sure at least a few of us aren’t fascists, let’s examine what the ideology is, starting with what it isn’t.

Authentic fascism never had, contrary to popular belief, a racial agenda. Its primary founding father, Italian dictator Benito Mussolini, said in 1932, “Race? It is a feeling, not a reality. Ninety-five percent, at least. Nothing will ever make me believe that biologically pure races can be shown to exist today… National pride has no need of the delirium of race.”

The fascists considered racialism destructive of one of their chief aims: national unity. In fact, when Mussolini deferred to Adolf Hitler and enacted some anti-Jewish laws (strictly speaking, these weren’t “racial” laws, but reflected their spirit) just prior to WWII, they were often decried as anti-fascist.

A Creature of the Right?

Mussolini had always been a socialist. He’d actually been the chief editor of the Italian Socialist Party’s newspaper Avanti! (in Italian, “Forward!” which, interestingly, became one of Barack Obama’s slogans). He was expelled at WWI’s start—but not for rejecting socialist dogma. Rather, while the party opposed the war, Mussolini was among a group of dissident leftists who wanted to fight Germany and Austria-Hungary to, you might say, “make the world safe for socialism.”

While a spurned child of the ideology, one of its progeny he remained. At the 1914 Milan Socialist Party meeting where his expulsion was announced, he shouted, “You cannot get rid of me because I am and always will be a socialist. You hate me because you still love me.” And he perhaps had a point. Vladimir Lenin said before a delegation of Italian socialists in 1922, “What a waste that we lost Mussolini. He is a first-rate man who would have led our party to power in Italy.”

Writer George Bernard Shaw, a Fabian Society socialist, might have seconded this endorsement. He once said of the dictator, “Mussolini was further to the left in his political opinions than any of his socialist rivals.” UC Berkeley Professor of Political Science Emeritus Anthony James Gregor, known for research on fascism and Marxism, has called Mussolini “a Marxist ‘heretic.’”

Having said this, there’s debate and confusion over whether Mussolini (and Hitler) was left or right largely because the terms themselves are confusing—and relative. Originating with the French Revolution in 1789, the designations were born because monarchists sat on the right side in the National Assembly, while republicans (that is, those endeavoring to create a republic) occupied the left. Of course, rightists today don’t espouse monarchism, and American leftists fight republicans—at least the capital “R” variety.

Noting that “right” and “left” correspond with “conservative” and “liberal,” also consider that while 1950s American conservatives were staunchly anti-communist, a conservative in the Soviet Union was a communist. And today, European “conservatives” are far more “liberal” than ours.

The explanation is that the only consistent definitions of “conservative” and “liberal” are, respectively, a “desire to maintain the status quo” and a “desire to change it;” thus, as the status quo varies from time to time and place to place, so do the actual beliefs represented by the two political terms.

So the first question is not whether fascism is left or right (in fact, its adherents called it “the Third Way”), which can be a distraction. Before we can place it anywhere on any political spectrum, we must ask: What are actual fascist beliefs?

The ideology, again, was birthed at WWI’s inception when the Italian left split over involvement in the conflict. Mussolini then became the primary founder of fascism, whose name largely derives from the fasces, a “bundle of rods containing an axe with the blade projecting” that would be carried before a Roman magistrate and which symbolized power. But what kind of power was Mussolini’s focus?

Well, as the dictator described fascism, “All within the state, nothing outside the state, nothing against the state.” Does this sound more like American traditionalists, with their focus on small government, or the Democrats, who seek to unconstitutionally centralize and aggregate ever more power?

Mussolini also once said, “I declare that henceforth capital and labor shall have equal rights and duties as brothers in the fascist family.” Is this reminiscent of American conservatives and their emphasis on economic freedom or the class warfare and regulatory tyranny of our left?

The Italian additionally stated in 1924, “God does not exist—religion in science is an absurdity, in practice an immorality and in men a disease.” Does this sound more like a party known for its “Christian Right” or one whose standard bearer once derided Middle America for clinging to “religion”?

The sad reality is that a neo-fascism is in fashion today, but not because of Trump. Rather, by growing government, empowering it to regulate most everything and allowing “crony capitalism,” we get ever closer to Mussolini’s ideal, “All within the state, nothing outside the state, nothing against the state.”

And the dictator certainly agreed. Praising Democrat icon Franklin Roosevelt’s 1933 book Looking Forward, he wrote, “Reminiscent of Fascism is the principle that the state no longer leaves the economy to its own devices… Without question, the mood accompanying this [New Deal] sea change resembles that of Fascism.”

Whether we view Mussolini as a man of the “left” or just a man who left sanity, the similarities between fascism’s founding father and our liberals should make them just a tad nervous. It certainly had this effect on one of them, late leftist activist and politician Tom Hayden.

During a radio appearance on “The Chip Wood Show” years ago, Hayden was accused by a caller of being a “communist agitator.” The host defended him, saying that Hayden had no problem with business remaining in private hands as long as the government guaranteed things were done “fairly.” Hayden agreed, providing several examples of how the state must ensure goods and services are distributed equitably.

Wood related their conversation’s denouement in 2010. He told Hayden, “‘What you’ve described isn’t communism or socialism. …Isn’t the system you want—where ownership remains in private hands, but its use is controlled by government—actually a form of fascism?’”

“There was a stunned silence as I continued, ‘In fact, Tom, isn’t it fair to say that the economic system you want to impose on us in the United States is actually classical fascism, as practiced in Hitler’s Germany and Mussolini’s Italy?’”

Hayden’s response? “Click.” He’d hung up the phone. And that’s what happens when you’re hung up on an ideology that may not be quite as “liberal” as you’d like to fancy. 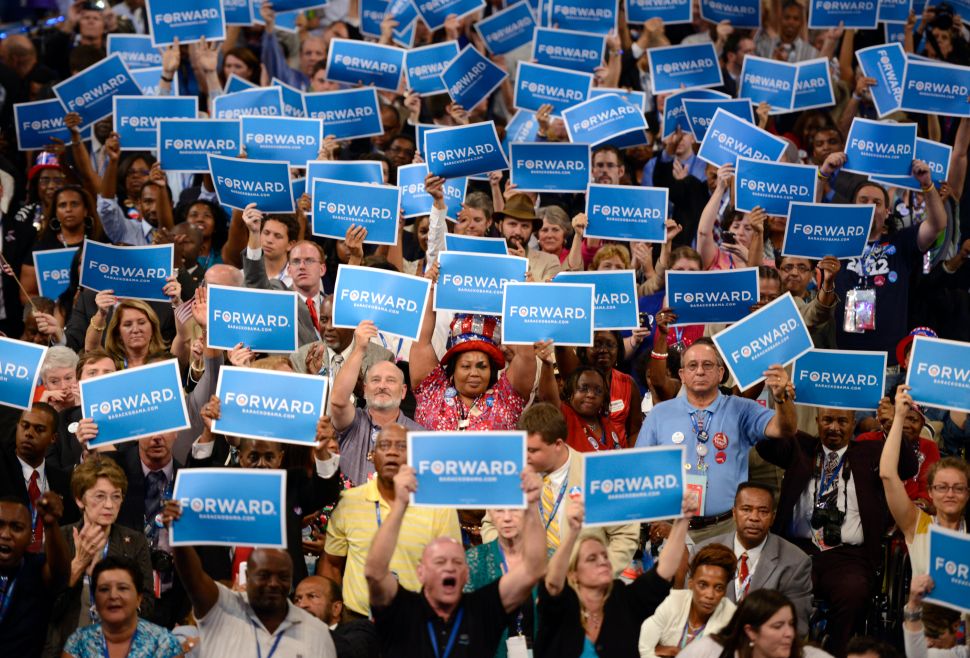