‘Tis the season for rosé colored glasses…or at least glasses filled with rosé. To sit, sip and mingle with friends and loved ones over long days, longer nights and celebrate the 90 day bacchanal that is the Hamptons in the summer. No season out East would be complete without a bevy of buzzy new restaurants, all vying for a place on our calendars among perennial standbys and catered affairs. This year’s class brings headlining newcomers, locals reimagining their craft and big city exports. Most open during Memorial Day Weekend so you better hurry and secure your reservations…

Having any sort of first in the Hamptons is quite an accomplishment and Wölffer Estate Vineyard co-owners and siblings, Marc and Joey Wölffer have already brought that distinction to Sag Harbor in 2015. Now, it’s Amagansett’s time to shine. Long standing as one of the East End’s top vineyards, the wine list is a slam dunk featuring 22 distinct Wölffer Estate bottles (as well as some other notable vintages curated by Roman Roth) and a “wine-friendly” Mediterranean-inspired menu showcases other Long Island producers.
4 Amagansett Square Drive

The East Hampton staple reopens after significant renovations, with updated takes on not only the hotel’s public spaces, but a full update to the restaurant, as well. Long time proprietors Jenny and Jonathan Baker have enlisted Café Clover’s David Standridge to consult on the seasonal menu, which reflects the area’s local fare. Look forward to seared diver scallops with turmeric, lime butter and black lentils, and crispy half chicken with fennel, sweet corn, and kale pesto.
207 Main Street

Leave it to the EMP team to come up with a way to make the Hamptons dining scene even more exclusive. Not only must you purchase tickets to this eatery, with a $25 non-refundable deposit via Tock, but the experience is wholly exclusive to American Express cardholders. The locally sourced menu features bouillabaisse for two, grilled fish, pastas and steaks, but also buzzier “large format” meals like fried chicken dinner and lobster boils. Note: walk-ins are welcome on the lawn exclusively and in the slightly more formal dining room, on a first-come first-served basis.
341 Pantigo Road

Taking over a space that has served the community as a watering hole, restaurant, and music venue for over 80 years (most recently Wolfie’s Tavern), this latest incarnation stands to be a fully revitalized counterpoint to high-end East Hampton fare. Chef Michael Ruggerio (formerly of Nick & Toni’s and Fresno) brings an affordable pub-style menu of innovative salads, sandwiches, and desserts to accompany what will surely be the go-to spot for watching big games on new 4K TVs and gathering with friends.
15 Fort Pond

The father/son duo of Chef Eric and Adam Miller have just opened Montauk’s new spot for local seafood and craft cocktails in Flagship; they are specializing in a menu small plates, crudo and dock-to-dish and farm-to-table delicacies. This is following stints at Sag Harbor’s Madison and Main and having spent four summers turning Bay Kitchen into a true culinary destination.
466 West Lake Drive

After years of rumors that their Cajun Chicken and frites would arrive on Eastern Long Island, Le Bilboquet is finally opening its doors this weekend on Long Wharf where B. Smith once held court. The fourth in the restaurant’s portfolio, after E. 60th Street, Dallas, and Atlanta, this eatery originally opened as a 38-seat staple on the Upper East Side in 1986, known for late nights and endless revelry. Nothing less can be expected from the Sag Harbor location.
1 Long Wharf

Taking over the restaurant, pool and outdoor spaces at The Capri Hotel Southampton, wunderkind Chef and Restaurateur, Greg Grossman found the Hamptons dining scene lacking the proper blend of experiential dining that was both high-end and immersed in nightlife. With Oreya, he achieves both, serving inspired Mediterranean cuisine focused on Greek influences that appeals to all.
281 Country Road 39A

Last year’s farmhouse pop-up has found permanent residence in former site of Muse in Mill. Building on the French Coastal cuisine that was such a hit last summer, the husband and wife duo Arie and Liz Pavlov place Chef Arie’s triple threat of Cypriot heritage, training from Le Cordon Bleu in Paris, and years living in Provence on full display.
The Mill Center at 760 Montauk Highway 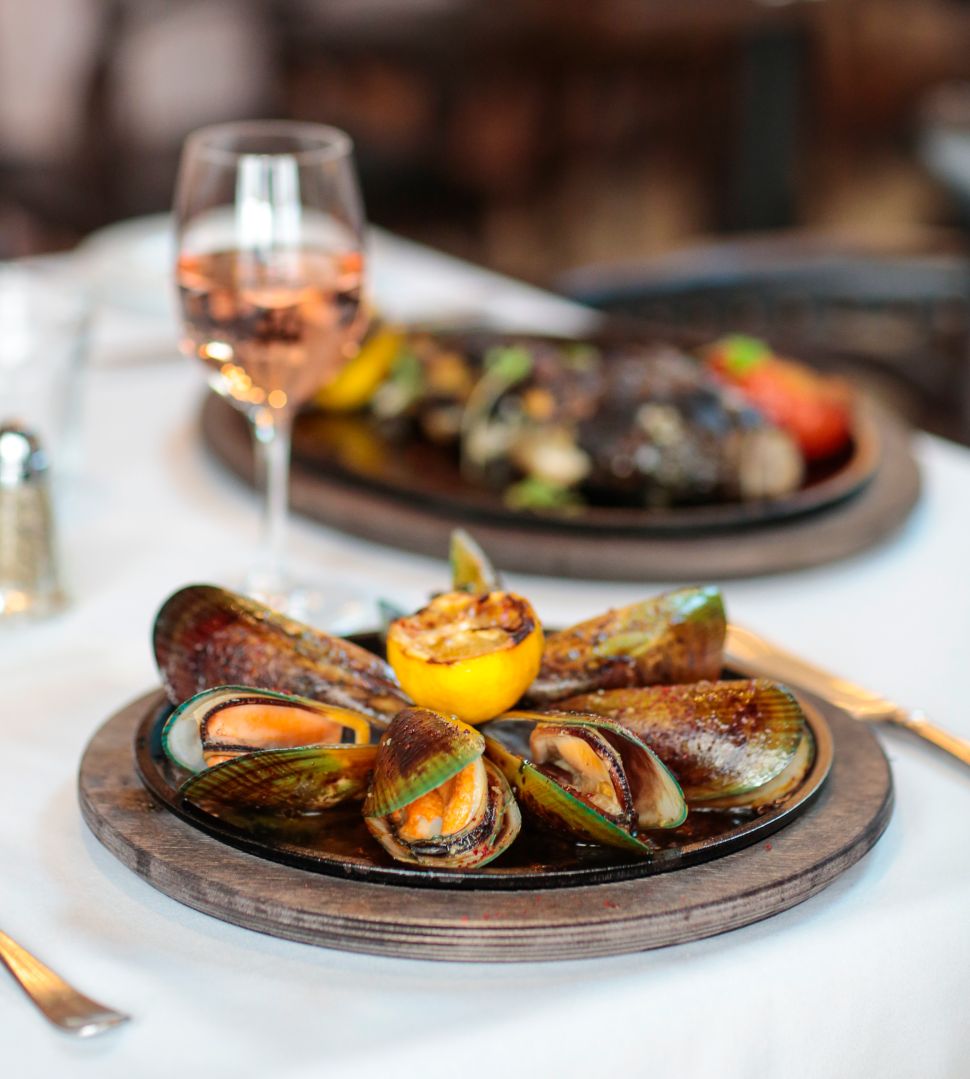