The Trump presidency has ushered in a new normal in the American news media, with reporters upending longstanding procedures. But judging from a few social media faux pas this weekend, for some outlets old habits die hard.

First, the Associated Press published an expose on white power groups working together to support Trump. But then the Boston Globe reprinted the story, and tweeted it out Saturday night with a headline that seemed to normalize white supremacy:

This “gotta hear both sides” wording bothered many readers:

.@BostonGlobe: "what if the real white power was the white power of friendship?" pic.twitter.com/jclLxC0bQ3

This utterly fucked up @bostonglobe tweet might end up with the worst ratio of all time. pic.twitter.com/PN2b8nvYYp

The “ratio” that last tweet refers to is a relatively new social media metric, first coined by Esquire. It basically boils down to this: If there are more replies on a given tweet than likes and retweets, that means you screwed up.

The Globe has deleted its tweet (though the story is still online)—but before it was removed the tweet had 188 retweets, 216 likes and over 1,500 comments. The ratio had indeed been achieved.

While the Globe had just one social media snafu this weekend, The New York Times had no less than three, all in the opinion section. Let’s start with Ross Douthat’s column making the case for French far right presidential candidate Marine Le Pen. Many people have compared Le Pen to Trump (she too supports halting immigration) but according to Douthat she’s not nearly as bad.

“Nobody seriously doubts Le Pen’s competence, her command of policy, her ability to serve as president without turning the office into a reality-TV thunderdome,” he wrote.

This endorsement didn’t hold with many readers:

@nytopinion @DouthatNYT The case against her.

This is reprehensible and historically misguided. Shame on @DouthatNYT. https://t.co/QCW20T9q7M

Columnist Michael Kinsley raised even more hackles with his plea to “Say Something Nice About Donald Trump.”

“Even Donald Trump can’t be wrong all the time,” he wrote. “(Twitter) is the direct connection to the people that presidents always say they want and presidential aides always strive to prevent them from getting, for fear that the boss will go ‘”off message.'”

Times subscribers used that same direct connection to tell Kinsley he was a fool, and to introduce the Times to the ratio—one tweet of the column got 21 retweets, 36 likes and 406 comments:

@nytopinion @michaelkinsley @nytimes No. Fuck you. No.

"Without the EPA You Won't Know What's Killing Your Kids"

@nytopinion @michaelkinsley He did manage to hire a couple of people who weren't either a member of his family or a Nazi.#SomethingNiceAboutTrump

@nytopinion @michaelkinsley Who's next on your op-ed column? Alex Jones? Or perhaps Richard Spencer?

@nytopinion @michaelkinsley Can we get a column on chemtrails turning frogs gay?

But none of the Times‘ decisions were more criticized this week than its hiring of Bret Stephens as an op-ed columnist. The conservative writer has called Black Lives Matter activists “thugs,” and he’s also a climate change denier—he calls it “mass hysteria.”

Stephens’ first Times column, published in yesterday’s paper, is also about climate change—and it is a doozy.

“Claiming total certainty about the science traduces the spirit of science and creates openings for doubt whenever a climate claim proves wrong,” he wrote. “Demanding abrupt and expensive changes in public policy raises fair questions about ideological intentions.”

This rhetoric was criticized on social media, but it also may harm the Times‘ bottom line—many readers are cancelling their subscriptions because of the hire.

The @NYTimes has no obligation to employ Bret Stephens or print his work. They chose to do so. In 2017. Under Trump. Bye bye

@xeni @nytimes @nytclimate @BretStephensNYT If there's one thing the political discourse needs it's another white guy who is arrogantly wrong about basic facts.

@Slate .@nytimes needs to get rid of @BretStephensNYT. Ignorance such as his should not be given a voice in the Times – it's an embarrassment.

@nytopinion @nytimes You just hired the whitest man possible, instead of hiring a woman of color (which you've never done); now you're touting diversity?

The Washington Post also came under fire for publishing an op-ed by President Trump about his first 100 days—but this criticism was tempered by the knowledge that Trump likely didn’t write the column himself:

NYT: We've got the worst op-ed!

Newsweek: No, WE'VE got the worst op-ed!

WaPo: Get your hands ready, cause y'all are bout to hold my beer. https://t.co/vBtz4I615v

Will these cancellations and controversies have a lasting effect, or will they fade like so many other social media snafus? Only time will tell. 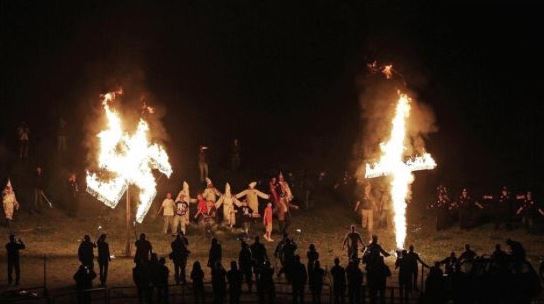