Democrats are excited. They are beginning to sense that they have Donald Trump right where they want him.

And they do. Trump is doing more damage to himself and his party every day. Every new stupid statement, every new blunder, and every new scandal make it more and more likely that Democrats will win big in 2018 and 2020.

But as they often do, Democrats are failing to see when they’ve got a good thing going and are looking for a way to screw it up. For a party with a gift from the political gods, they sure seem to be in a gigantic hurry to give it back.

Even if it were possible—and I still maintain, with 24 House Republicans and 19 Republican Senators needed, that it is highly unlikely—the absolute stupidest, most self-defeating thing Democrats can push for right now is the impeachment and removal of President Trump.

No. Keep him in office. Politically, Trump is the goose that’s laying a treasure trove of golden eggs. Let him spend four years making such a toxic wreck of the Republican Party that disgusted voters won’t want to get anywhere near the GOP for a decade. Let him finish the job that George W. Bush started and turn the party into a smoldering ruin at last.

Let’s be honest. Given the absolute lack of anything resembling effective leadership, strategy or a coherent message in the divided, cacophonous train wreck that is the Democratic Party, letting the Republicans immolate themselves is the Democrats’ best and only play at the moment. The Democrats are like the basketball player that can’t create his own shots; he only scores when the other team coughs up the ball and gives him an open layup. Unless and until the Democratic Party figures out that it needs to rid itself of its clueless, tired leadership and consultants that haven’t had a new idea since about 1965, the only way for Democrats to win is to cash in on Republican screw-ups.

Four years of Donald Trump could end with Democrats in control of the White House, both chambers of Congress, a majority of governorships, and a number of key state legislatures that we could not dream of winning back through our own efforts. And the timing is perfect. The 2018 and 2020 elections are the ones that will determine who draws the new Congressional and legislative maps in 2021. The Trump Trainwreck presidency could put Democrats in a position to control the country for a decade. By then, the nation’s changing demographics might finally put Team Blue in a position to have something resembling a sustainable majority. And perhaps the party by then will have better, smarter, 21st century leadership that will actually know how to reach the modern electorate.

But Democrats, as they always do, are failing miserably to look past their own feelings and see down the road. They hate Donald Trump and want him gone—yesterday, if possible.

I despise Trump too, and I find it absolutely humiliating that he is our nation’s face to the world. His occupancy of our nation’s highest office fills me with shame and disgust. I fear he will do great harm to the country and perhaps the world before his presidency ends. So I understand how you feel.

But let’s think about this for a minute. What happens in the still unlikely chance that Trump is removed?

Despite the raving Twitter fantasies of some progressives who don’t understand civics, the removal of Trump will not result in a special election, or the Supreme Court overturning the 2016 election and installing Hillary Clinton. It also will not result in the removal of Trump’s entire cabinet, the voiding all of his actions as president, and the removal of Neil Gorsuch from the Supreme Court. That’s not how any of this works. Get your heads out of your asses for five minutes and read the relevant sections of the constitution and the Presidential Succession Act.

If Trump goes, we get Mike Pence. (Yeah, yeah, I know, many of these same Twitter geniuses believe that if Trump goes, Pence will be implicated too, and he’ll follow. Then we get Paul Ryan. It doesn’t get any better as we go along, folks. We’d have to go through about 18 impeachment trials and removals to get to a point where we run out of Republican successors. Pack a lunch.)

But wouldn’t Pence be better?

While Pence clearly has more self-control and self-awareness than Trump, that’s exactly what makes him more dangerous. He has all the same ideas and goals as Trump—and, as an added bonus, a religious-right agenda that’s even worse—and a much better chance of actually implementing them. But he’s much smoother, much less likelier to screw up, and much more likely to be reelected than Trump in 2020.

Progressives had better get their heads around this fact: Pence may be a Bible-banging, right-wing zealot, but that doesn’t mean he’s stupid. If you sleep on him, you’ll live to regret it.

Let me tell you exactly how this will all play out.

Were Pence to succeed to the presidency after the removal or forced resignation of Trump, the nation would breathe a sigh of relief, as it did when the kindly Gerald Ford stepped in for Tricky Dick in 1974 and proclaimed that our long national nightmare was over. Pence’s aw-shucks, down-home Hoosier act would charm independents and moderates put off by Trump’s bombastic braggadocio, and he’d benefit from the inclination of the average American to give the new guy a chance.

Where the shrewd, calculating Pence would part ways with the well-meaning Ford would be Pence’s announcement, as closely timed with the next election as possible, that there is no way in hell that he’s giving Donald Trump a pardon. He’ll channel his inner Calvin Coolidge and say something very similar to Coolidge’s pronouncement that the guilty should be punished.

Pence’s approval ratings will soar. Even some Democrats will be taken in. They’ll forget, for a moment, that Pence supports a social conservative agenda which, if fully implemented, would transport our nation back to 1952. The Republicans, saved from calamitous defeat and buoyed by public support for Pence, will win the upcoming elections, both in 2018 and in 2020. They’ll control both houses of Congress by huge majorities, as well as the majority of states—and, most importantly, redistricting.

That’s game over. Democrats will be locked out of policymaking at the federal level and most of the states until at least 2031. By that time, Republicans will have passed legislation so restrictive of the voting franchise that you probably won’t be able to get near a voting booth unless you have a red GOP elephant tattooed somewhere on your white body.

And the courts won’t stop it. If Trump remains in office and loses in 2020, we might just get out of his administration with Republicans controlling only five Supreme Court seats. It should be clear by now, after numerous refusals to leave when the Democrats had a chance to replace her, that the only way the venerable Ruth Bader Ginsburg is leaving her job is feet-first. With any luck, she might survive another 44 months of Trump. She’s pretty tough, and she might just make it to 2021.

But let’s be blunt: Ginsburg’s chances of getting to 2025, actuarially speaking, are significantly worse than her chances of making it to 2021. The likelihood that Justices Breyer (a liberal) and Kennedy (a conservative with the occasional moderate impulse) will both be around in 2025 is probably not especially high either. What will President Pence and an overwhelmingly Republican Congress be able to do with a 7-2 Supreme Court majority, with at least six guaranteed conservative votes on every issue?

Look, from a progressive perspective, things are bad right now. Yes, the notion of at least four years of Donald Trump seems unbearable. But the smartest and most strategic course of action, as much as you might not want to hear it, is to let the Trump presidency take its course, while doing everything possible between now and the next election to block him from accomplishing very much. Given his indiscipline, that’s a real possibility.

Most presidents ultimately get reelected, especially in the modern era. In the last century, only Herbert Hoover, Gerald Ford, Jimmy Carter and George H.W. Bush have failed to win a second term. A chief executive has to have a pretty bad first term to lose at the end of four years. Trump could be on his way to such a fate, if things keep going the way they are. So it’s time to ask this important question: Would you rather have four years of Donald Trump, or eight years of Mike Pence? 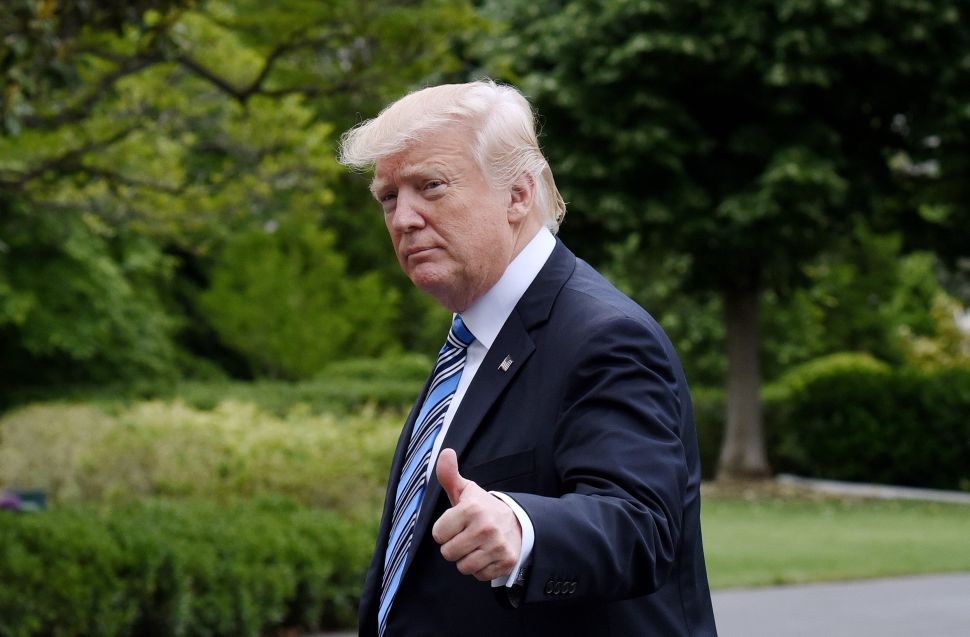