Among the four Democrats and two Republicans who qualified for three debates in one week — catch your breath there for a second — front-runners Kim Guadagno and Phil Murphy had the most to lose. They gave strong performances and came well-prepared for their brawls, but it will be interesting to see if all the attacks, especially the focused fire on Murphy at Thursday’s Democratic debate, will take a chop at their poll leads ahead of the June 6 primaries.

The ramifications from the House vote to pass the American Health Care Act are beginning to shape the early talk about the 2018 congressional midterms, especially for the New Jersey Republicans who supported the bill. Rep. Tom MacArthur (R-3) got a five-hour earful from angry constituents in a heavily Democratic town, and a former Navy helicopter pilot announced a challenge to Rep. Rodney Frelinghuysen (R-11).

PHIL MURPHY
Deflecting and defending for 90 minutes while keeping your cool is a tough chore for any politician. And the Democratic front-runner held his own in the face of a barrage of attacks during Thursday’s primary debate. Some Democrats wondered why Murphy, a wealthy former ambassador, is running so far to the left in his campaign — but the debate showed the advantages. His liberal platform gave Murphy significant cover on a brass-tacks level from the relentless attacks coming from Jim Johnson, Ray Lesniak and John Wisniewski, who all lambasted Murphy’s move to loan his campaign $15 million, his munificence donating to county parties, and his 23-year tenure at Goldman Sachs.

JOHN WISNIEWSKI
The assemblyman who blew the Bridgegate scandal wide open reminded everyone on Thursday night why he’s one of the best attack dogs in the New Jersey Democratic Party. He may have flubbed the date when Murphy gave a speech on fracking, but Wisniewski’s relentless prosecutorial blitz defined the debate and put Murphy on the defensive for the first time in the campaign. By the end of the night, the Wiz led Murphy to concede it might be wise to divest from hydrofracking and gas pipeline holdings. Wisniewski made his mark. But is it too little, too late?

NJTV and NJ SPOTLIGHT
Thursday’s debate — the second and final one for the Democratic gubernatorial candidates — was full of tough questions and strong discourse from the get-go. Michael Aron wore his gravitas to great effect in the moderator’s chair, knowing when to press, when to stand back, and when to move on. And the detailed background segments on the issues were a welcome addition.

JOHN LABROSSE
The Hackensack mayor and his allies swept Tuesday’s municipal election, giving Labrosse full control of the Bergen County seat and its city council. He faced a tough challenge from a slate called Hackensack United for Progress, and the two teams traded blows throughout the race. In the end, Labrosse proved insurmountable and was the highest vote-getter. This will be his second term as mayor.

JEFF CHIESA
The trusted friend and adviser to Gov. Chris Christie has raked in $1.1 million for his law firm as the monitor overseeing a state takeover of Atlantic City. This week, the Economic Development Authority announced Chiesa won a competitive bidding process to handle a $300 million bond issue to renovate the state house. Not bad for a firm until recently bearing the name of a convicted felon, former Port Authority Chairman David Samson.

TOM MACARTHUR
That five-hour town hall was an epic political encounter between a congressman in the national spotlight and an angry crowd of hundreds of constituents, many of them deeply immersed and fluent in health care policy. On one level, it’s what democracy is all about, and MacArthur gave a clinic in how to engage a hostile and passionate crowd while keeping your cool. His fellow members of Congress could learn a thing or two from MacArthur, especially those who refuse to hold town halls during these turbulent political times. But it didn’t seem like MacArthur’s arguments won over many of those constituents, or any of them, and real questions remain about the impact the American Health Care Act could have on consumers.

MARIA RODRIGUEZ-GREGG
The South Jersey assemblywoman is fighting charges that she was driving while under the influence of marijuana. Her attorney says she is confident that a blood test will vindicate her, and everyone is presumed innocent until proven guilty. But charges like the ones Rodriguez-Gregg is facing are tough for any elected official, especially a young Republican who many consider a rising star in a party that badly needs them.

MICHELE BROWN
The president and chief executive of Choose New Jersey was up for a judgeship, and then she wasn’t. The longtime Christie adviser reportedly earns significantly more at Choose New Jersey than she would have as a judge, but, even so, the whole thing was odd. Why go through all the preparatory work and submit her name to the Senate only to scrap the nomination the day it made the news?

POLICE AND FIRE UNIONS
Christie vetoed a bipartisan bill to hand over control of the police and fire pension fund to a new board that would have been set up by public-worker unions. The risks to taxpayers were too great, the governor said. But the police and fire unions may not be down for long — they angrily rebuked Christie and said they were looking forward to making their case to the next governor.

JAMES COMEY
The FBI director who grew up in Allendale lost his job at the hands of President Trump, raising all sorts of questions about Russia, checks and balances and the young administration.

NEW JERSEY JOURNALISM
Few editors are as talented or as tough, as funny or as chatty, as literate and warm as Mitch Blumenthal, the former Trenton deputy bureau chief for the Star-Ledger and a longtime New York Timesman who led their New Jersey section for years. Mitch died Thursday after really sticking it to cancer, leaving countless great examples of public service journalism in his wake and a small army of writers committed to covering politics and government with sharp eyes and sharper words. Among the many reporters he edited and befriended over the years: Matt Friedman and Ryan Hutchins of Politico; Matt Arco, Chris Baxter, Brent Johnson, Susan Livio and Sean Sullivan of the Star-Ledger; Jenna Portnoy of the Washington Post; Josh Benson, the founder of Capital New York and Politico New Jersey; the editor of this website and too many others. He will be missed. 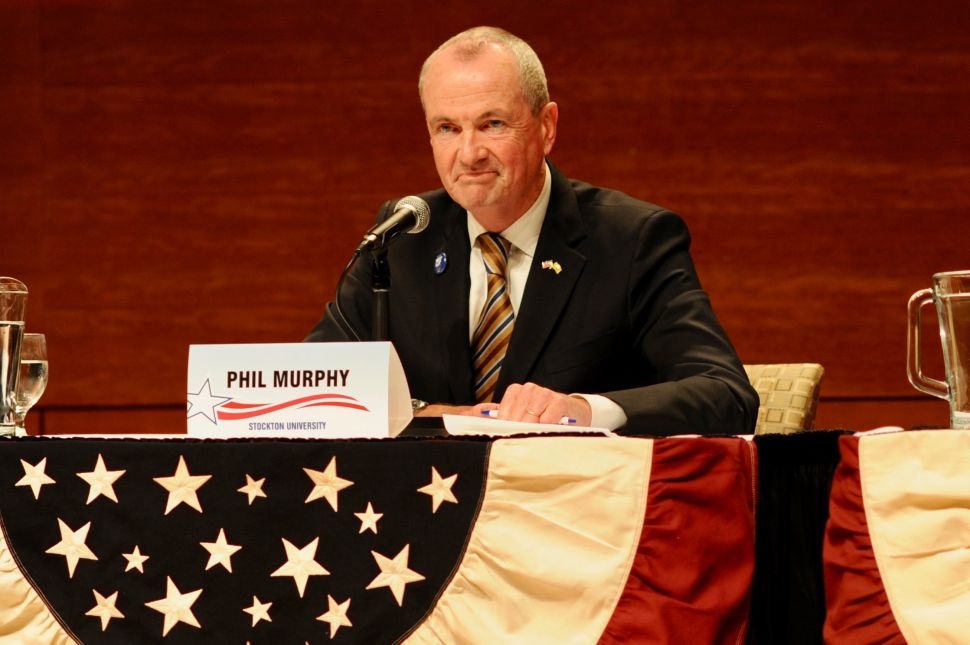