“Open your arms to change,” the Dalai Lama once advised, “but don’t let go of your values.”

Yoga is definitely squeezing into a new pair of pants, but no one knows ultimate effect. National stats reveal the number of practitioners increased to more than 36 million in 2016, up from 20.4 million in 2012, according to the Yoga in America Study, conducted by Yoga Journal and Yoga Alliance. For every teacher, there were two people in teacher training, the study said, but many bendys want to stretch beyond the seams of their Lululemons into something bigger than themselves.

Here are seven trends regarding the present and future of yoga:

Despite rumors, Yoga Journal Live in NYC will continue at the New York Hilton Midtown in 2018, according to Kristen Dollard, brand director at Yoga Journal. Still in the “strategic phase,” these conferences will be a summit of the industry’s best, just as they were 20 years ago with names like Rodney Yee and Seane Corn. “What we need to do is listen to what teachers and practitioners of world need now,” Dollard told the Observer, adding that Yoga Journal is venturing into more interactive digital platforms, including AimHealthyU.com. One popular course, Inclusivity Training, allows learners to earn 20 continuing education hours through Yoga Alliance, the credentialing body for teachers. In the Master Class series, students can earn 30 hours of non-contact credits with nine beloved instructors, including Baron Baptiste and Shiva Rea.

Online learning is effective, according to yoga teacher Brette Popper, founder of the website YogaCity NYC. She’s had positive experiences with anatomy and Sanskrit courses, especially if the program facilitates reciprocal action in the form of quizzes, webinars or forums with instructors. Asana may be a different matter. With subtleties like injuries and breath, a student really needs a relationship with a senior teacher in order to have a meaningful education. “In all yoga traditions, there is the idea of a guru,” Popper said. “The point of that relationship is that two spirits saw each other. You can have mentors who have passed away. Because you interacted while they were still alive—when they saw you and you saw them—you can continue to be led, even if you only met a few times. But your teacher really needs to recognize you.”

As yoga goes digital, attractiveness is key. A google search of “yoga images” yields hundreds of toned bods, sunsets and long hair. Likewise, Instagram invokes airbrushed perfection made to look effortless. No one is wearing torn-up sweats to sell lifestyle brands. “You’d better be photogenic if you’re going to be a teacher on the Internet,” Popper warned. “I think we’re expanding the definition of good looks, but most people react to appearance.”

To make money, many yoga studios have turned into teacher training “certificate mills.” Thousands of graduates often rattle off scripts instead of providing insightful instruction. Unlike physical therapy or engineering, which require years of school, being a yoga teacher may be as easy as turning on an iPad. “Just like there are a lot of yoga teachers, we see many real estate agents because there is a lower cost of entry for those professions,” Popper said. “And we often think of real estate agents as sleazy.”

No More Mom and Pop

“Every studio is struggling,” said Dollard, who explained that Yoga Journal tries to meet clients where they’re at. Today, the audience is front of mobile devices. “We’re all wondering how we can make a profit. I think the fact that so many people are doing yoga, every organization has to become a startup, whether you’re a festival or a retailer.” Popper, whose website recently shut down after 12 years, felt the pressure. In her column, she stated: “The price to market ourselves in an ever increasingly-crowded space has spiraled upwards. It’s expensive to stand out in the social media crowd.”

Invoking the frolicking fun of Woodstock, these multi-day adventures include Wanderlust and the upcoming Telluride Yoga Festival in July. Featuring stand-up paddle boards, hiking, live music and meditation, festivals have certainly shaken up the yoga scene, but not always in a good way. Fyre Festival was recently postponed due to issues pertaining to security, food and accommodations. Clients expected luxury services in the Bahamas, not processed cheese sandwiches and delayed charter flights back to Miami. Organizers now battle several lawsuits, which poops on the party and the entire industry. Thanks, Billy McFarland and Ja Rule.

Many old-school yogis would like to transition from what Popper calls “media bullshit” to service in prisons, homeless shelters and veterans organizations. After a combative presidential campaign, yoga could and should create common ground between groups that don’t usually talk to each other. “If we can use the tools that yoga provides, than the practice is worthwhile,” Popper concluded. 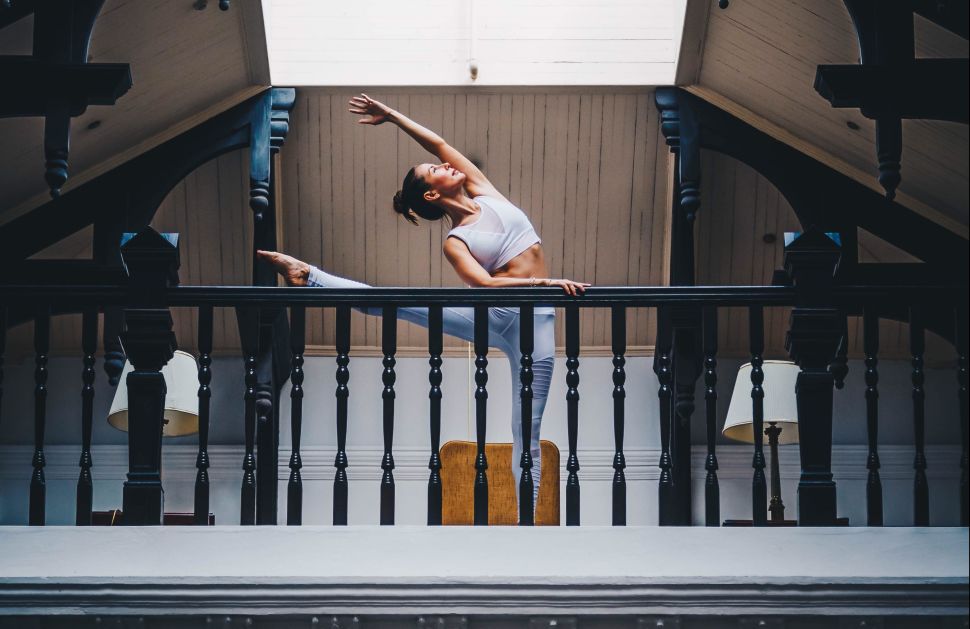