Steve Edmundson, head of the Nevada Public Employees’ Retirement System, has no coworkers, avoids meetings, and eats leftovers at his desk. His daily investing strategy: Do little to nothing.

The Nevada system’s $35 billion in stocks and bonds are all in low cost funds that mimic indexes. Edmundson may make one change to the portfolio a year. That’s not exactly a life changing revelation I know, but that do-nothing, sit-on-your-hands investing premise doesn’t stop with one-man shows.

Dimensional Fund Advisors LP (DFA), the sixth-largest mutual fund manager, is drawing in nearly $2 billion in net assets per month. DFA is built on the bedrock belief that active management practiced by traditional stock pickers is futile, if not an absurdity. DFA’s founders are pioneers of index funds.

Now we are getting somewhere.

Essentially everyone has money tied up in an index fund—which in 2017 is not exactly pioneering.

But there is a much larger issue at hand that should be positively frightening for most investors.

Unknown to everyone not buried in traditional finance texts, there is an academic theory that allows all of this be confident to index behavior.

“Set it and forget they say.” The foundation of cliché?

The efficient market theory (EMT) states asset prices fully reflect all available information. This means it is impossible for average investors—or superstars—to beat the market consistently on a risk-adjusted basis, since market prices only react to new information or changes in discount rates.

Let’s drop a nuclear warhead on that perspective.

There is a mind-numbingly large hole in this cool-sounding theory.

EMT by definition leaves the epic October 2008 stock market meltdown out of the academic equation. And for those who know about the sausage making of writing peer review papers or engineering a PhD, much of modern finance’s foundation was bricked together with EMT mortar.

Fama was ultimately awarded the 2013 Nobel Prize in Economic Sciences because his findings “changed market practice”—that is, the worldwide acceptance of index funds.

Those findings are the generally accepted status quo.

Not everyone, however, is a true believer guzzling the Academic and Wall Street Kool-Aid.

One of the first and loudest critics of EMT was famed mathematician Benoit Mandelbrot. He saw EMT proponents sweep big events like 2008 under the carpet, like kids house cleaning for the first time, calling them “acts of God.”

French physicist Jean-Philippe Bouchaud sees EMT marketing in play: “The efficient market hypothesis is not only intellectually enticing, but also very reassuring for individual investors, who can buy stock shares without risking being outsmarted by more savvy investors.”

Bouchaud continues: “Classical economics is built on very strong assumptions that quickly become axioms: the rationality of economic agents, the invisible hand and market efficiency, etc. An economist once told me, to my bewilderment: ‘These concepts are so strong that they supersede any empirical observation.’ As Robert Nelson argued in his book, Economics as Religion, ‘the marketplace has been deified.’ In reality, markets are not efficient, humans tend to be over-focused in the short-term and blind in the long-term, and errors get amplified through social pressure and herding, ultimately leading to collective irrationality, panic and crashes. Free markets are wild markets.”

David Harding, a trader most investors don’t know, ratchets up the polemic by putting EMT in apocalyptic terms:

“Imagine if the economy as we know it was built on a myth. Imagine if that myth was the foundation stone on which the mainstream financial systems that control the global economy have been erected—the great bazaars of stock markets, bond markets, fiendishly complex financial instruments, credit default swaps, futures and options on which the fortunes of billions rest. Imagine if the myth was the key cause of the global crash in 2008—and if its perpetuation today threatened another catastrophic crash in the future. We don’t have to imagine. The myth is Efficient Market Theory (EMT).”

Harding does not have a Nobel Prize, but he does have a net worth of $1.4 billion.

He is a flat-out financial heretic and would not be offended if you called him a punk rocker for his antiestablishment attitude. In prior centuries he absolutely would have been burned at the stake for his wholesale dressing down of the financial high priests. He knows to question EMT is seen as madness by academics, banks, pension funds, and endowments.

Interestingly, and with a bipolar flair, the Nobel committee split the 2013 Nobel Prize among economists with radically different theories. Robert Shiller, a man focused more on behavior and who shares the Nobel Prize with Fama, sees the contradictions:

“I think that maybe [Fama] has a cognitive dissonance. [His] research shows that markets are not efficient. So what do you do if you are living in the University of Chicago? It’s like being a Catholic priest and then discovering that God doesn’t exist or something you can’t deal with so you’ve got to somehow rationalize it.”

“This theory of rational markets treats economics like a physical science—like Newtonian physics—when in fact it is a human or social science. Human beings are prone to unpredictable behavior, to overreaction or slumbering inaction, to mania and panic. The markets that reflect this behavior do not assume some supra-human wisdom, they can and sometimes do reflect that volatility.”

It blows bubbles and then pops bubbles—and you can see that going back hundreds of years:

And on and on…as we wait for the next one sure to come.

But this is beyond being not rational alone.

Those events, the human actions driving those booms and busts, are best described by academia’s prospect theory, cognitive dissonance, the bandwagon effect, loss aversion, and assorted heuristics in judgment and decision-making—to name a few of the hundreds of biases inherent in people’s lizard brains.

No doubt, the efficient versus not-efficient debate will not be resolved. Perhaps it will never be satisfactorily resolved in an academic mine is bigger than yours sense, which would not be surprising given that human beings and their egos, greed, fear, and money are knotted up so tight as to restrict brain blood flow.

Yet in the face of such chaos, complexity, and human frailty, my curiosity is quite simple.

Answer a question: “Why does David Harding think he is right and, more importantly, how in the hell did he get all that money trading the likes of Apple, Tesla, gold, U.S. dollars, crude oil, NASDAQ, natural gas, lean hogs, palm oil, wheat, and coffee without investing in an index or having a fundamental expertise in any of those markets or the ability to predict directions?”

That is a worthy question, and the answer will determine the ultimate size of every last investor’s retirement account. Because if you are sitting there, trusting the system, believing wholly in EMT with all of your money tied up low cost index funds, you are exposed to a catastrophic risk that almost no one on Wall Street will talk to you about.

Why the silence? Wall Street views your account as an asset to slowly bleed dry through commissions and fees whether you ever make a dime.

That message is harsh and hardcore, I know. And you are welcome.

Bottom line, Wall Street is not your friend. Want a friend? Buy a dog.

Michael Covel is the author of five books: including the international bestseller, Trend Following (2017), and his investigative narrative, The Complete TurtleTrader. Michael is also the voice behind Trend Following Radio, the underground alternative hit that has been as high as No. 2 on iTunes with 5 million listens. 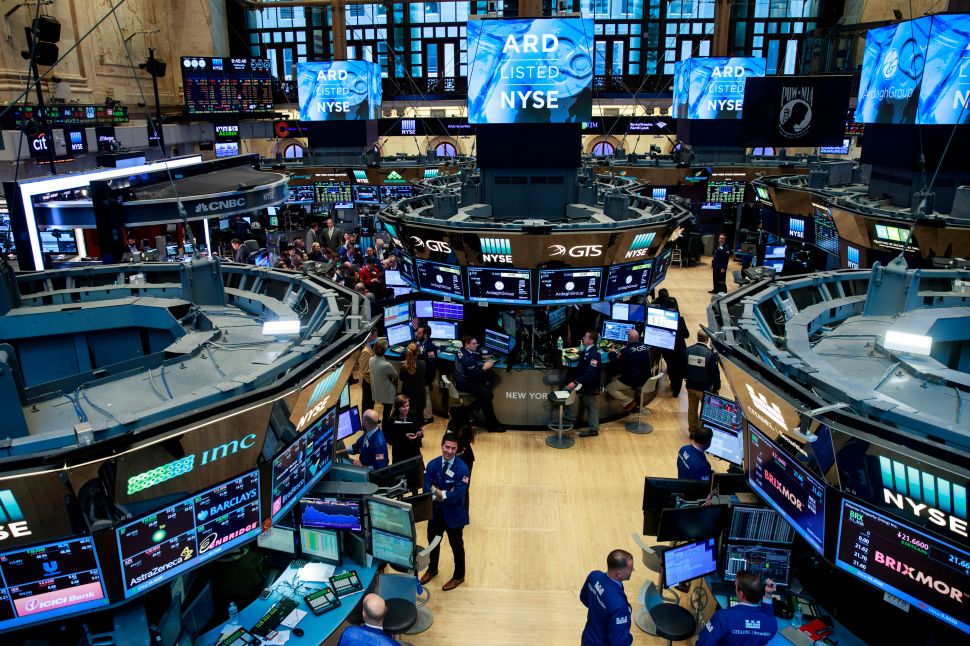