In November of 1939— three years before University of Munich students began the White Rose non-violent opposition against the Nazis and five years before a group of his officers conspired to assassinate Hitler— a young carpenter from the rural Brenz Valley in Southern Germany made a violent one-man stand against evil. Using his knowledge of clockworks, explosives he had stolen from a quarry, and the unwavering power of his own convictions, Georg Elser built and planted a bomb in a Munich beer hall where Hitler would be giving a speech. The speech ended early and Hitler and his entourage left at 9:07; the bomb went off at 9:20, killing innocent people. Elser was captured and spent the next five years undergoing torture and interrogation. Misunderstood and misrepresented at the time, Elser would not be remembered as the hero that he was until historians rediscovered him in the late 1990’s.

But what kind of man was Elser? As presented in 13 Minutes, a gripping and powerful historic case study by Oliver Hirschbiegel (director of 2004’s Downfall, the much memed portrait of Hitler’s final days), he was a lot like you, me and everyone we know— albeit much more handy. Elser comes off as a sweet, slightly detached proto-hipster who loved to play jazz and the swinging lifestyle that went with it. He messed around with girls he met on the beach, but still went to church with his mom. He liked to spend time in beer halls where he mainly drank pop. He had strong morals, yet not only was he outwardly apolitical (he refused to join the Communist party that dominated the village where he lived) but the love of his life Elsa (Katharina Schüttler) was married when they first hooked up. Sensitively portrayed by Christian Friedel (he played the school teacher in Haneke’s The White Ribbon), Elser looks even scrawnier on screen than in historical photographs, a man who would not be picked for his school’s kickball team much less singled out as a hero of history.

Hirschbiegel is as interested in the everyday minutiae of fascism as he is its giant monstrosities: the way some twerpy kid from town starts casually spouting anti-Semitism, for example, or how the SS secretary knows to leave before the torture gets really bad. This is how the world ends, not with a bang but with your village’s annual harvest festival screening Leni Riefenstahl’s latest. The film effectively manages a tricky tone shift between the gauzy seaside idle of Elser’s life before the war and the brutality of the SS both in its ascendancy and when it was about to get snuffed out. I saw 13 Minutes— shortlisted as the German submission to the 2015 Academy Awards but bested by Labyrinth of Lies— at a special screening arranged by the Los Angeles Jewish Film Festival and several people walked out during the torture scenes. The scenes are brutal less because for their graphic nature than because you feel like you know and like the guy being tortured. Even more challenging and no less vital is an extended depiction of a hanging by wire. The same tools once used by ordinary Germans to make music were turned into instruments of death and destruction— a future Elser foresaw when few others did.

Do you remember a couple years back when our actual crises were limited enough that the New York Times Magazine was concerning itself with philosophical ones, earnestly asking their readers if they would kill baby Hitler? It was one of those thought experiments that not only taught us nothing, but reduced the greatest tragedy of the twentieth century to something that could be chatted about over canapés and Pinot Grigio. A better question might be, would you kill Hitler less than two months after the invasion of Poland? Never mind that we would all say yes; one man actually tried to, and came very, very close. It is high time that we not only knew Georg Elser’s name and story, but took a moment to recognize that his was a true act of heroism. 13 Minutes is proof that a hero isn’t about having success against impossible odds; it’s about doing the right thing when everyone else on the planet is doing something else. 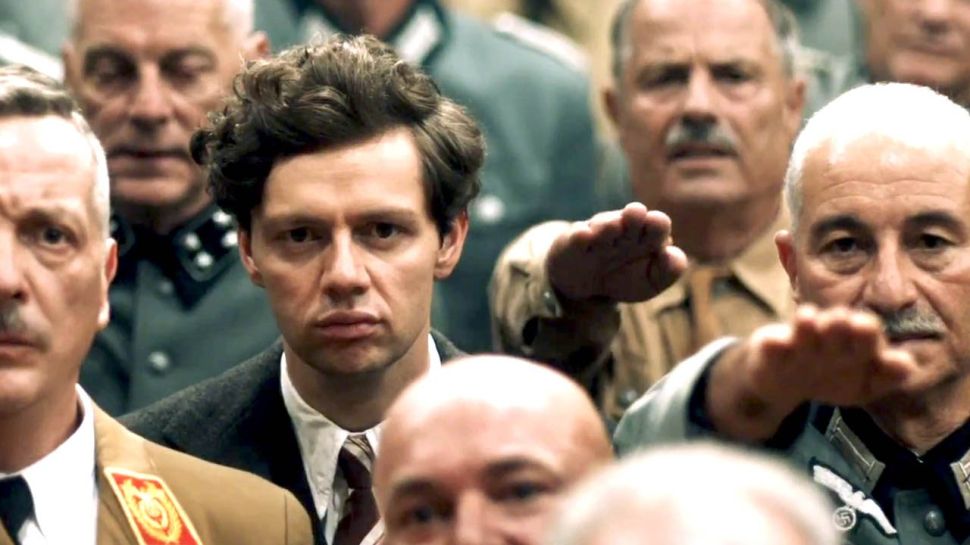